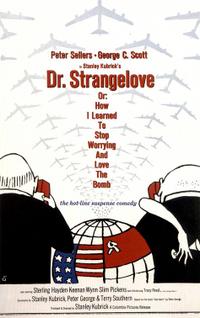 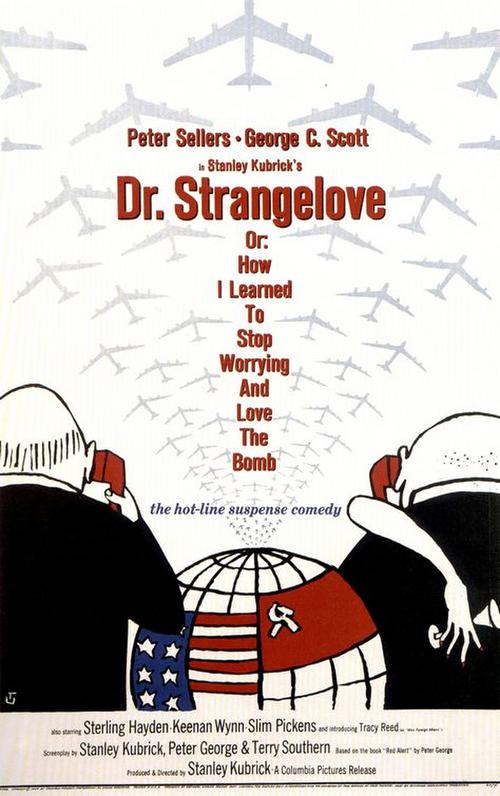 A Clockwork Orange / Dr. Strangelove Or: How I Learned to Stop Worrying and Love the Bomb

A CLOCKWORK ORANGE, 1971, Warner Bros., 137 min. Kubrick was so stunned by Malcolm McDowell’s debut in IF... that he reportedly was unwilling to begin his film of Anthony Burgess’ savagely brutal, futuristic satire until he could be assured of McDowell’s participation. This benchmark cinematic prophecy proved to be more prescient than anyone dreamed, as the punk explosion and skinhead-fomented race riots demonstrated in the later ’70s. <br /><br /> DR. STRANGELOVE OR: HOW I LEARNED TO STOP WORRYING AND LOVE THE BOMB, 1964, Sony Repertory, 93 min. Dir. Stanley Kubrick. Against a gallery of unforgettable comic grotesques, including Sterling Hayden’s fluoride-hating general and George C. Scott’s oversexed Commie killer, Peter Sellers stands out in arguably his greatest role(s) - as the befuddled U.S. President, veddy-British commander Mandrake and the maniacal Dr. Strangelove.