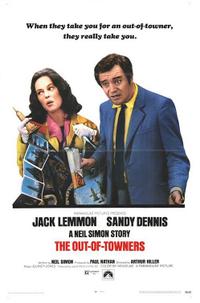 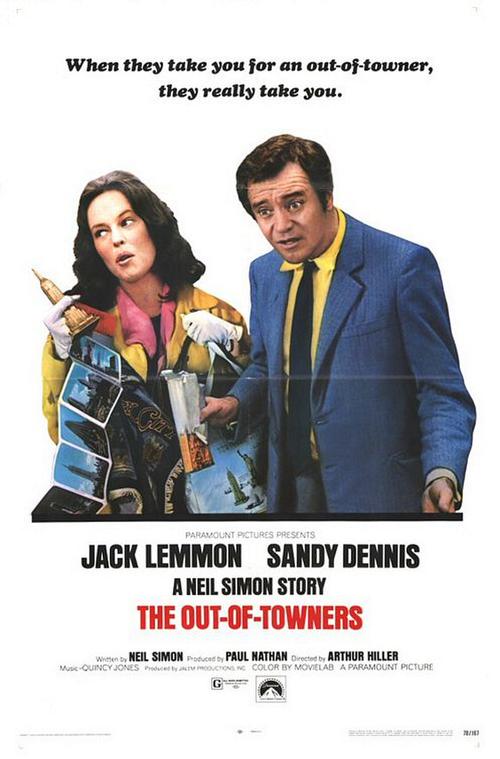 The Out of Towners / Plaza Suite

THE OUT OF TOWNERS, 1970, Paramount, 98 min. Dir. Arthur Hiller. Likable Midwesterners Jack Lemmon and Sandy Dennis get more than they bargain for when they take a trip to New York and experience an unending string of catastrophes over the course of three days. Neil Simon scripted this classic comedy, which makes lost luggage and canceled hotel reservations, diverted flights and missed trains, and even muggings and hostile cops surprisingly amusing. <br /> PLAZA SUITE, 1971, Paramount, 114 min. Director Arthur Hiller's second Neil Simon adaptation is a hilarious collection of three stories, each set in New York's Plaza Hotel and each starring Walter Matthau - in three different roles! The episodes follow Matthau as a man having an affair with his secretary, as a sleazy Hollywood producer, and as the father of a nervous bride-to-be; all three characters provide insights into relationships that are both funny and true.