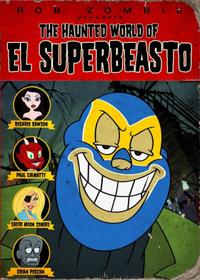 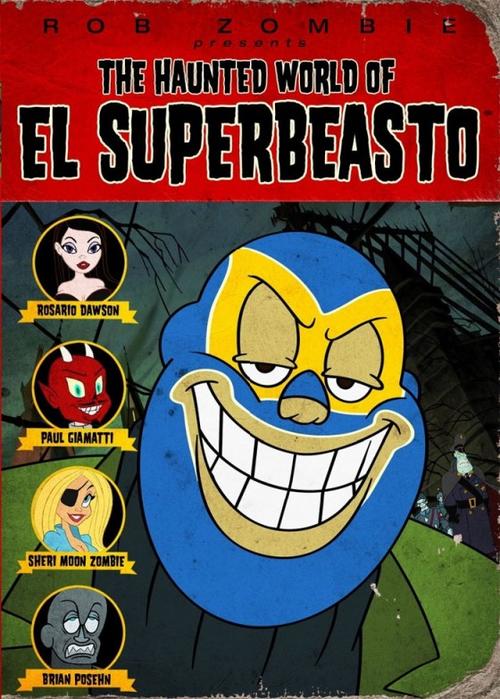 The Haunted World of El Superbeasto

The legendary Rob Zombie (HOUSE OF A THOUSAND CORPSES, DEVIL’S REJECTS) presents a hilarious animated adventure of a crime-fighting secret-agent, El Superbeasto. A massive, over-the-hill masked wrestler, El Superbeasto has more interest in exotic dancers than adventure. Despite his disinterest, however, he still manages to get involved with murderous super-intelligent gorillas, Liverpudlian zombies, and Dr. Satan – a manic-depressive mad scientist obsessed with finding the perfect woman. Throughout his unusual escapades, he is joined by his sister, Suzie X, a sexy super-spy adventurer, and her sidekick: a 10-foot tall robot named Marvin, who digs Barry Manilow and Michael Bolton. Rosario Dawson and Paul Giammati are among the stars that lend their voices to this uniquely animated, colorful, and bizarre comedy Zombie dubs “Austin Powers meets The Munsters by way of Hard Days Night.”