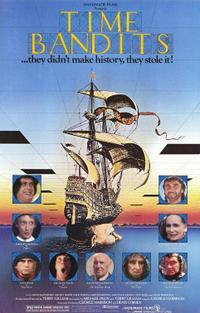 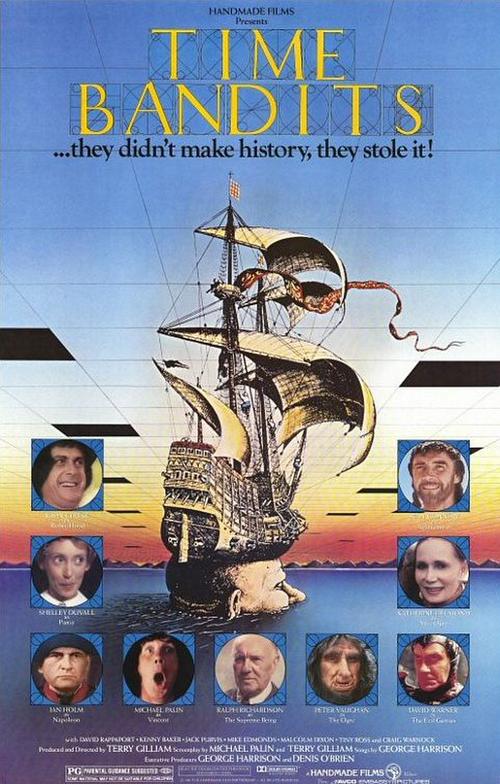 TIME BANDITS, 1981, HandMade, 110 min. Dir. Terry Gilliam. When eleven-year old history buff Kevin discovers a time-and-space portal in his bedroom wall, a band of dwarves takes him on a series of rousing, funny, and scary quests, where they meet Robin Hood, Napoleon, and Agamemnon and search for "The Most Fabulous Object in the World." <br /><br /> THE ADVENTURES OF BARON MUNCHAUSEN, 1988, Sony Repertory, 126 min. Dir. Terry Gilliam. Terry Gilliam's third fantasy film (following TIME BANDITS and BRAZIL) is yet another terrific children's film that's just as entertaining (if not more so) for adults. The title character (John Neville) sets off with a little girl (Sarah Polley) to save a city in trouble, stopping off along the way for encounters with Oliver Reed, Eric Idle, Jonathan Pryce and Robin Williams as the Moon King.