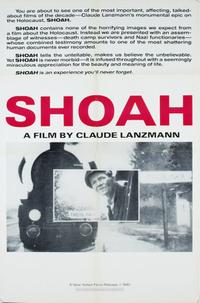 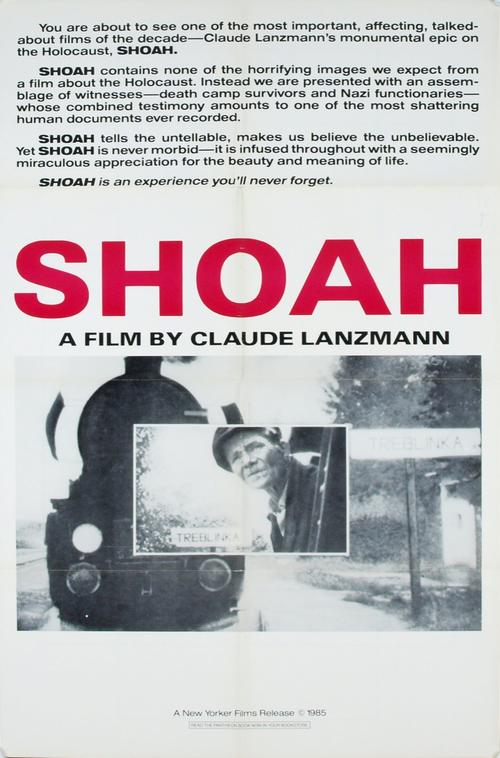 SHOAH, (Period 1), 1985, IFC Films, 291 min. Hailed as a masterpiece by critics upon its release and now considered one of the greatest documentaries ever made, SHOAH is Claude Lanzmann’s monumental epic on the Holocaust and features interviews with survivors, bystanders and perpetrators in 14 countries. The phenomenally powerful film forgoes historical footage and instead features intimate interviews that seek to “reincarnate” the Jewish tragedy, while visiting places where the atrocious crimes took place. Lanzmann stated at the time of the initial release, “Making a history was not what I wanted to do...I think that the film, using only images of the present, evokes the past with far more force than any historical document.” The first half of SHOAH will be screened this evening, with the second half screening on Sunday, January 9th at 3:00 PM. Filmmaker’s attendance TBA, please check our website for updates.