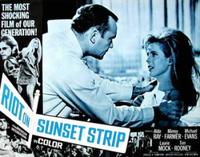 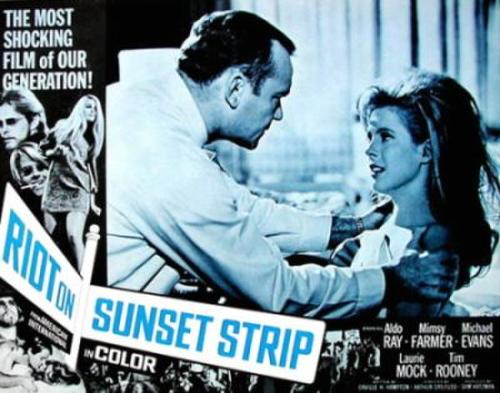 Riot on Sunset Strip / The Pad (And How to Use It)

RIOT ON SUNSET STRIP, 1967, MGM Repertory, 85 min. Dir. Arthur Dreifuss. Sam Katzman (Alan Freed's DON'T KNOCK THE ROCK, etc.) was hip enough to film Little Richard and Chuck Berry when Hollywood wouldn’t touch them. In 1966 he instinctively lensed The Standells, The Chocolate Watchband and The Enemys, who at the time may not have been as big as, say, The Mamas & The Papas, but whose ’60s punk sound would resonate in years to come. Based inside threatened night club Pandora’s Box, RIOT follows the exploits of L.A. Mods and their corporate grandfathers trying to rub out all the fun. The protest follow-up in real life would lead to MONTEREY POP.<br /> THE PAD (AND HOW TO USE IT), 1966, 88 min. Dir. Brian G. Hutton. This obscure ’60s feature (adapted from a stage play) follows the exploits of a lonely bachelor hoping to find love at a symphonic recital who instead finds himself mixed up with a sexy swinger turned on by the Sunset Strip scene.