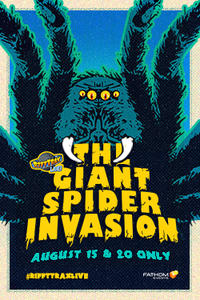 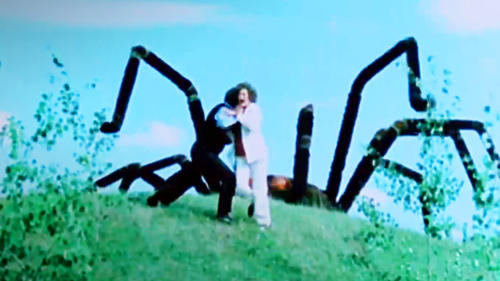 To celebrate the 10th anniversary of RiffTrax Live, Fathom Events and Rifftrax have joined forces to bring you a new take on the MST3K favorite - Giant Spider Invasion! This exclusive event will be riffed live in theatres on August 15 with a special re-broadcast on August 20! There’s a monster in Wisconsin, and it’s going to, VERY slowly, strike TERROR INTO YOUR HEART! Sure, your grandma could outrun it, but TERROR is more fun! When a fiery meteor lands in the woods, strange things begin to happen in this small Wisconsin town. While the townspeople are picked off by spiders of varying sizes, two esteemed scientists ramble around the countryside in a late model sedan, where they find friendship, romance and a big mechanical spider built on a Volkswagen Beetle chassis! Bill Rebane’s Giant Spider Invasion explodes across the screen in a pristine new digital transfer. Join Bill, Mike and Kevin as they serve up the cheesiest cheese America’s Dairyland has to offer – only in theatres.