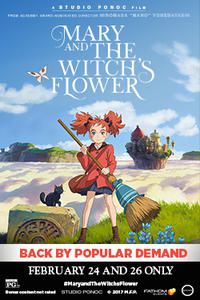 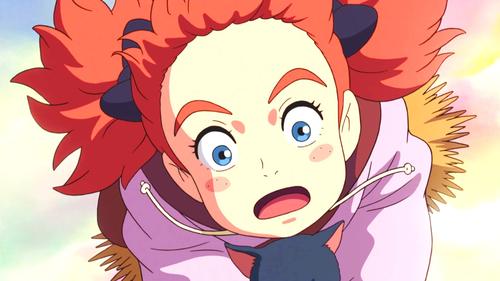 Back by popular demand, Fathom Events and GKIDS are proud to present this special two-day encore presentation of Studio Ponoc's debut film by Academy Award®-nominated director Hiromasa Yonebayashi, who directed Studio Ghibli’s When Marnie Was There and The Secret World of Arrietty, and was an animator on the classic masterpieces Spirited Away, Howl’s Moving Castle, Ponyo and others. Based on the 1971 young adult novel The Little Broomstick, Mary and The Witch’s Flower is an all-ages action fantasy adventure that hearkens back to some of the most beloved animated films of all time, full of ingenious characters, jaw-dropping imaginative worlds, and the simple, heartfelt story of a young girl trying to figure her place in the world. The English language version features the voice talents of Ruby Barnhill, Kate Winslet, and Jim Broadbent.