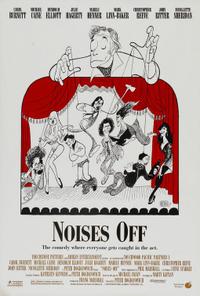 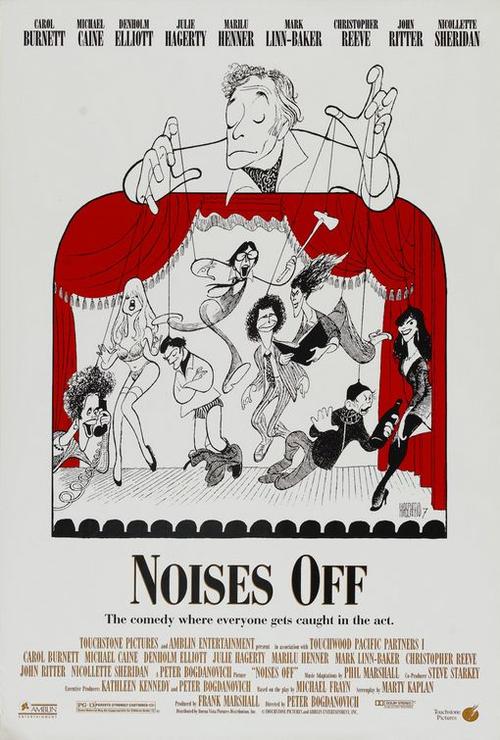 Noises Off... / They All Laughed

NOISES OFF..., 1992, Disney, 101 min. Dir. Peter Bogdanovich. One of the funniest films of the last 20 years! A director (Michael Caine) tries to get a group of bumbling actors ready for a stage production in which one disaster follows another. Peter Bogdanovich's adaptation of Michael Frayn's stage farce features a stellar cast including John Ritter, Denholm Elliott, Carol Burnett, Christopher Reeve and Marilu Henner. <br /> THEY ALL LAUGHED, 1981, HBO Films, 115 min. Peter Bogdanovich uses the private-eye genre as a vehicle to deliver deeply romantic insights about love, marriage and regret. John Ritter and Ben Gazzara work for the Odyssey Detective Agency, a firm where the investigators are more concerned with their own complicated love lives than with solving any cases. Audrey Hepburn and Dorothy Stratten co-star in this hilarious ensemble dramedy, a film that Quentin Tarantino declared one of the 10 greatest ever made.