The other day we told you how Zac Efron dropped out of the planned Footloose remake in order to steer his career away from the song-and-dance stuff, and toward the more juicy adult roles. Well, he didn't have to search for long, because today Variety tells us that Efron will re-team with 17 Again director Burr Steers on an adaptation of the novel The Death and Life of Charlie St. Cloud – which follows a cemetery caretaker who has weekly meetings with the younger brother whose death he feels responsible for. Heavy stuff for the High School Musical star, but I suppose it's time to see if he has what it takes to entertain those folks older than 9 or 10.

Meanwhile, Robert Pattinson is losing the fangs (but keeping the romance) for a role in another Summit Entertainment project called Memoirs. (On a side note, who else thinks Summit should just adopt the kid already?) For this film, the star-crossed lovers angle from the Twilight series remains, except this time Pattinson and his would-be lover find their relationship threatened as they struggle with family tragedies. Allen Coulter, who directed the little-seen (but well received) Hollywoodland is said to be eying the director's chair, and the female lead has yet to be cast. Could Summit pair Pattinson with Kristen Stewart again, or would that just confuse Twilight fans? [via The Hollywood Reporter] 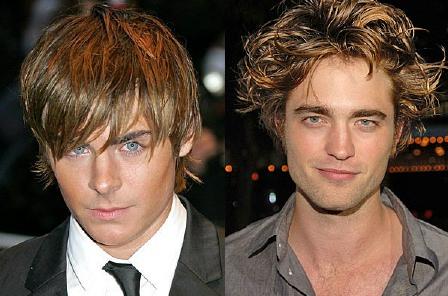 What do you think about both Pattinson and Efron choosing more adult projects?