Yo! 'Don Jon' and That East Coast 'Tude 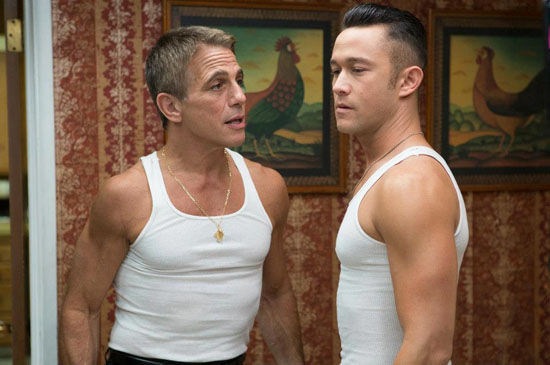 Nothing says both “East Coast” and “attitude” quite like a good gangster flick, and gangster flicks don’t get much better than Martin Scorsese’s Goodfellas. While the film may be all about Henry Hill’s (Ray Liotta) rise to the top of the mob hierarchy and the tough-as-nails attitude that gets him there, no one in the film is quite as scrappy as Joe Pesci’s Tommy DeVito. After all, what sort of guy comes out swinging when someone dares to call him “funny”?

Scrappy as Pesci may be in Goodfellas, it’s his overall attitude, look, style and speech that put him in a league of his own in My Cousin Vinny. Cleaned up in one heck of swanky suit and with a hairdo any man would envy, Pesci’s Vinny Gambini uses nothing short of pure personal attitude and a truly pugnacious presence to tear up a kangaroo court. His strangely charming accent and insistence to keep on rolling with his unique pronunciation of “youths” make this one an instant classic.

Sometimes attitude needs a little body behind it, and we dare you to find a better body and a badder East Coast dude than the original Philly hero – Rocky Balboa. There’s a reason this scene has inspired decades of films (and boxers to boot), it’s one of modern cinema’s finest examples of the hardened grit that can only be bred from icy New England winters and some super-cozy sweatsuits.

While no one should ever aspire to wreck the kind of havoc that Robert De Niro’s Travis Bickle rains down on New York City in Scorsese’s 1976 masterpiece, the power of his “you talkin’ to me?” scene can’t be denied. Sure, it’s all about posturing, posing and demanding, but sometimes that’s the sort of thing you need to practice before getting fully immersed in your own way of doing things (even if that means going out to the club).

Kevin Smith is the consummate New Jersey filmmaker, and his Mallrats is his slacker magnum opus. Jason Lee’s Brodie is one of the worst examples of New Jersey attitude gone terribly wrong – he's a loudmouth, a bully and prone to spouting off facts that just might not be true – but he does get his point across in a big way. And he certainly has some good safety tips about escalators to share.

There are few things that mean as much to East Coast dudes than their best bros, and Jeremy Renner's hard-bitten, tough-jawed turn as James "Jem" Coughlin in Ben Affleck's bank heist thriller The Town is a performance rooted in taking care of friends and family. While Jem's motivations take time to unfold, when he finally owns up to what's going down in his big ol' Boston brain, it's surprisingly emotional, made all the better by his pitch-perfect accent.

It may be actually impossible to talk about big time cinematic swagger without giving a firm nod (and a shimmy and a shake) to John Travolta’s star-making role in the classic dance film. If this is what nightclubs were still like, disco wouldn’t be dead and every man would still be wearing his shirts unbuttoned all the way down to, well, you know. You should be dancing.

Matt Damon’s Boston-bred saltiness was at its best in his breakthrough role in the film that earned both he and best pal Ben Affleck their first Oscar. That Damon helped write the scene that defined the social tendencies of his brilliant Will Hunting makes its simplicity and its timing all the more interesting. Has a simple burn ever been delivered with such surprising dexterity? Nope – and we love those apples, Matt.

Back in the '80s, Gordon Gekko (Michael Douglas) was the prototypical Wall Street scumbag with all sorts of kicky sayings and troubling philosophies to go around (and to charm Charlie Sheen in a big way). With his slicked-back hair, sharp suits, and strangely compelling arguments, Gekko was nothing but attitude – there was no substance there, but you couldn’t keep your eyes off of him. Hey, it worked for awhile (at least until the film’s silly sequel).

Sometimes, taking care of business with the appropriate amount of swagger and style means doing it at a big, flashy party and in such a way that it destroys your entire family. That’s sort of the Godfather trilogy in a nutshell, but there’s something truly special about Al Pacino’s singular focus in the famous “I knew it was you, Fredo” scene – dressed up to get down and take down, Michael Corleone was never more fully ego driven than he was here.

Who's your favorite movie East Coast-er? Tell us in the comments below, then go get tickets for Don Jon.

Listen: The Five Fantastic Fest Movies You Have to See

Listen: The Five Fantastic Fest Movies You Have to See