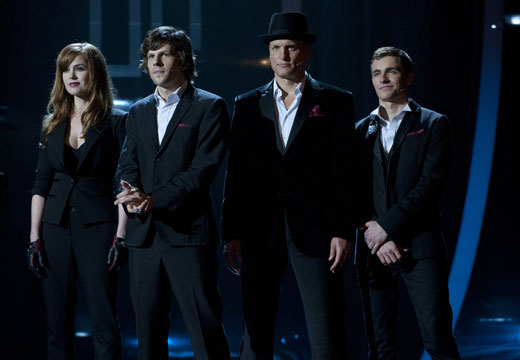 A lot of the attention in May is going toward big budget blockbusters like Iron Man 3, Star Trek Into Darkness and Fast & Furious 6. Those films, along with The Hangover Part III are all expected to bring in huge box office numbers.

One film that has the potential to be a sleeper hit in the early summer movie season finds an all-star cast of actors pulling a heist on an acting legend who enlists the help of another acting legend and his all-star crew.

OK, so let's clarify that a bit. Now You See Me is, at its core, a crime thriller with the added element of magic because, who doesn't like watching magic tricks? The self-dubbed Four Horseman in the film are led by Woody Harrelson and include Jesse Eisenberg, Isla Fisher and Dave Franco. The quartet of illusionists begin pulling off bank heists as part of their performances but instead of keeping the money for themselves, they give the money away to their audience in sort of a modern day nod to Robin Hood. 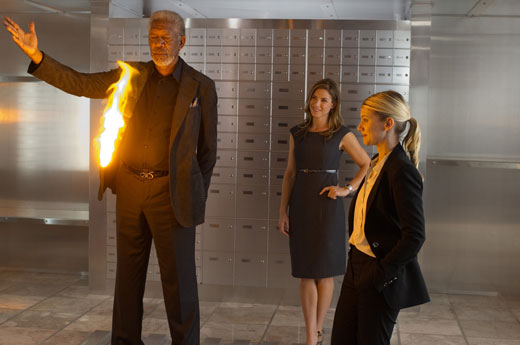 Playing the bad guy/mark in the movie is none other than acting legend Michael Caine. Caine is getting fed up with the acts of charity and brings in the charismatic, velvety tones of Morgan Freeman to track down Harrelson's crew and put them behind bars for good. Mark Ruffalo leads the charge from the law enforcement side.

If you liked the first trailer that debuted a few months ago, you're going to love this second look at Louis Leterrier's thriller. Now You See Me caps a busy May when it appears in theaters on May 31.