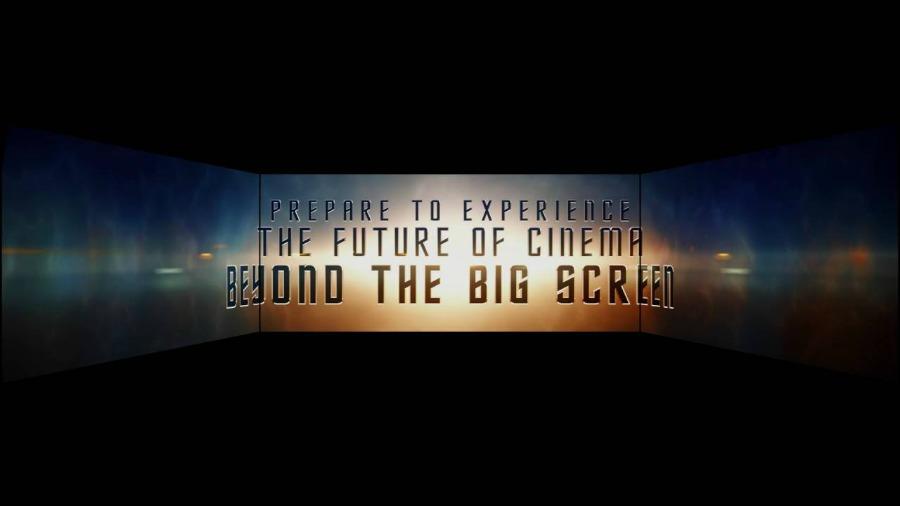 Why the Future of Movie Theaters May Look Wildly Different 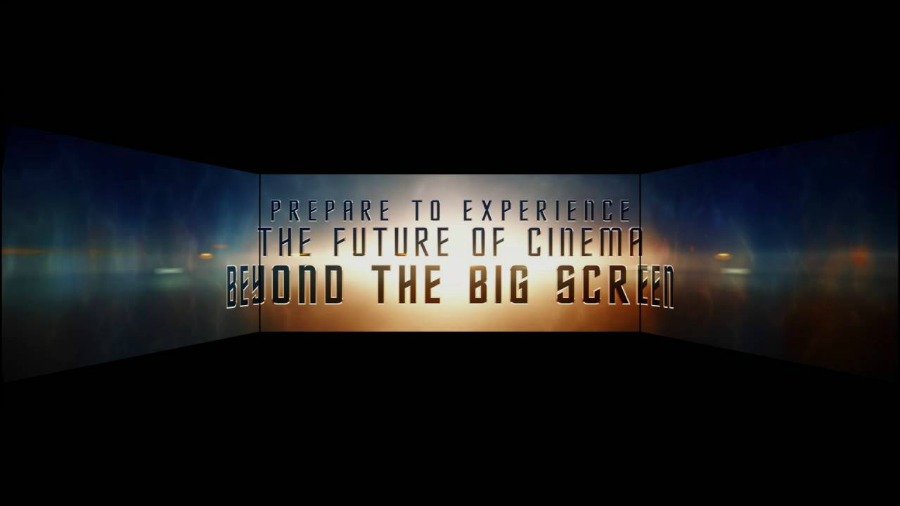 When Star Trek Beyond hits theaters this weekend, a handful of theaters will screen the movie in a multi-screen panoramic format called Barco Escape, featuring 20 minutes of footage created specifically for the format in conjunction with producer J.J. Abrams and director Justin Lin.

This is the third major theatrical feature to utilize the Barco Escape format, in which three attached screens attempt to deliver a much more immersive experience. Here's what it looks like, and these are the theaters where you can experience Star Trek Beyond in this way.

"In the first iteration of the three-screen experiences, there was a gap between the screens and your brain sort of put them together," Barco's Chief Creative Officer Ted Schilowitz explained to Fandango. "As we kept working on the technology and engineering, now the screens are actually physically connected, which adds to the immersion experience and adds to the intensity of it."

For now Barco Escape is focusing on films with big special effects-driven action sequences. For Star Trek Beyond, audiences can expect to feel the most immersed in the film during its big battle moments, as those were the ones selected by Abrams and Lin to enhance specifically for Barco Escape. The center screen will remain the same -- that will be the version that also screens in conventional theaters -- but it's on those two side screens where the supplemental material is added.

"Just think of the big, epic action sequences, and those are the ones audiences will get to see in the Escape format [for Star Trek Beyond]," Schilowitz said. "The audience that sees the Barco Escape version of the movie is going to see more of that movie."

One thing Barco is actively working on is expanding beyond several minutes of Barco Escape-enhanced footage so that audiences can experience the entire length of a movie in the format.

"We've actually been shooting movies now specifically for the format," Schilowitz said. "We have one in the can and another coming, and two more that are in production right now." One of those films shot entirely for the Barco Escape format is 2017's 6 Below, starring Josh Hartnett as a snowboarder fighting for survival after getting lost in a snowstorm. It's directed by Scott Waugh, who also did Act of Valor and Need for Speed. In addition to 6 Below, Ethan Hawke's 24 Hours to Live is another film shooting specifically for the format. "We're evolving and building, which is great," he said. 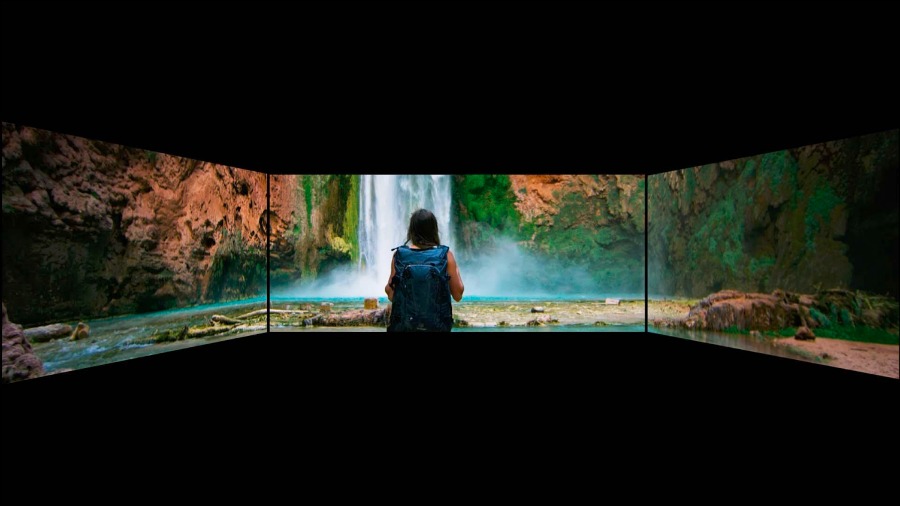 While Barco Escape will primarily focus on upcoming movies, we may also see older movies converted for the multi-screen immersive experience, too, much like we'll see an older film rereleased in 3D. "We're working with Jerry Bruckheimer, who's looking at reboots of movies and potentially taking older movies and reformatting them for the format, which we can do and have done successfully," he said.

Schilowitz wouldn't name the specific movies, but did say that they would be bigger movies with heavy action elements, potentially along the lines of Bruckheimer-produced productions like Bad Boys, Top Gun and Beverly Hills Cop, all of which are in some form of staging a sequel as well.

Schilowitz expects the number of theaters offering Barco Escape to increase significantly within the next few years. "We can tell filmmakers that we'll have 100 screens by the end of this year, and then moving into the hundreds to thousands in the next couple of years," he said, adding that the greater amount of theaters offering Barco Escape will only lead to more filmmakers excited to utilize the format for their next big action blockbuster.

"What I'm most excited about is continuing to develop the format so that directors are shooting movies specifically for this format," Schilowitz said. "Modern technology, from a production standpoint, editing standpoint and exhibition standpoint, has evolved to a place now where we don't have to be stuck in that rectangle anymore. We can give filmmakers a humongous canvas to work with."

Star Trek Beyond hits theaters on July 22. You can see which theaters near you are offering Barco Escape over on its website.