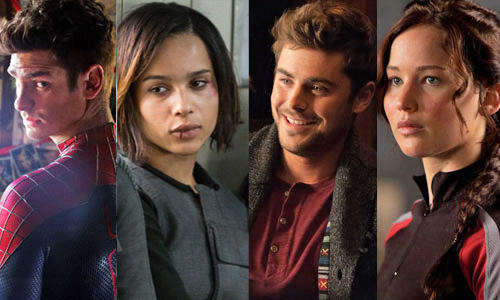 Of course it’s vital to have a real life filled with love and warmth, but there’s no harm in indulging in big-screen fantasies too, right? Of the many potential crushes coming your way in theaters this year, here are the most and least dateable characters on screens in 2014.

Most: Augustus Waters from The Fault in Our Stars (6/6) 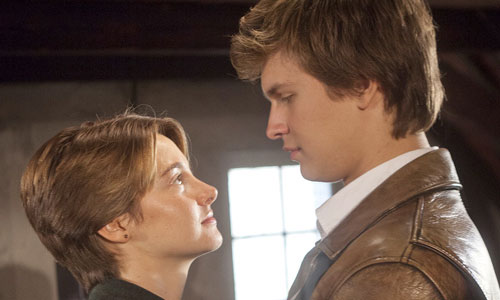 Don’t have a date for Valentine’s Day? Pick up a copy of John Green’s The Fault in Our Stars, because a night in with Augustus Waters (Ansel Elgort) will absolutely do. Not only is Gus tall and handsome, he is also thoughtful, always putting Hazel (Shailene Woodley) first not because he feels obligated to but because he genuinely wants to. Everyone should experience something as touching and powerful as Gus and Hazel’s “little infinity.” 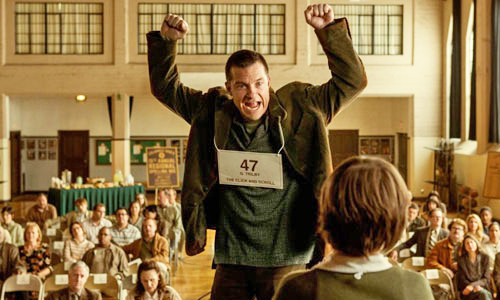 Call it a cliché to want to bring home someone to make your mother proud, but could you imagine showing off your new beau by explaining that he or she is striving to become a spelling-bee champ because they never passed the eighth grade? Tack on the fact that Jason Bateman’s character in Bad Words also has a vocabulary loaded with some of the most obscene phrases, taunts and insults imaginable and you’re probably better off dating someone with no vocabulary whatsoever.

Most: Peter Parker from The Amazing Spider-Man 2 (5/2) 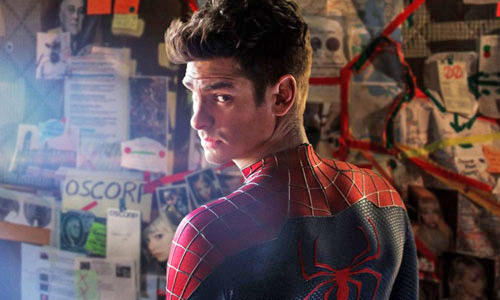 Considering every superhero eventually runs into the predicament of falling in love and putting his or her significant other at risk, this one was a tough call. Then again, who doesn’t fantasize about finding a caped crusader to call their own? Iron Man can be an egotistical jerk and Thor might disappear for two years at a time, so our best bet is Spider-Man. He’s charming, calls New York City home, is the most practical of the bunch and he looks like Andrew Garfield. 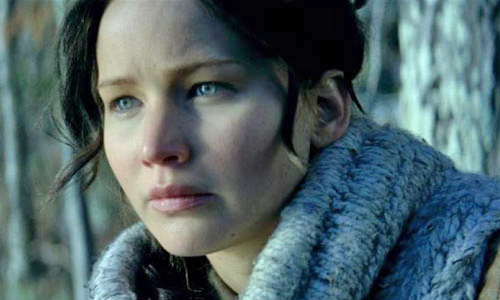 Haymitch said it – “You know, you could live a thousand lifetimes and not deserve him” – and he’s right. Katniss may be willing to put her life on the line for her district, family and friends, but when it comes to a little romance, she’ll make you suffer. It won’t matter what you do – risk your life in the Hunger Games, toss her bread when she’s starving in the rain – she’ll forever be weighing her options.

Most: Mac Radner from Neighbors (5/9) 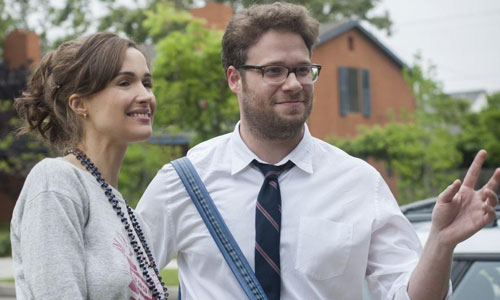 Still sad over Walter White? Neighbors’ Mac Radner (Seth Rogen) is the man for you. He’s laid back, has a sense of humor and is a devoted family man. However, move in next door, bring your frat brothers with you and threaten his quaint existence, and he’s got no trouble “taking the gloves off.” Even then, based on the trailers for Neighbors, it still seems as though Mac is no match for the Delta Psy brothers – but it’s the effort that counts, right?

Least: Anyone from Nymphomaniac (3/21) 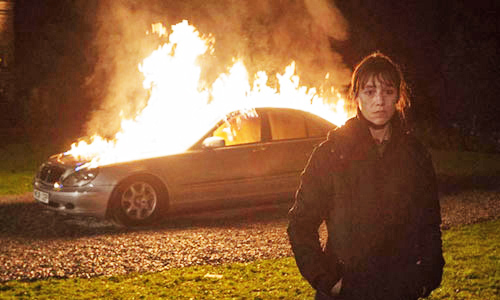 We may not know all that much about the characters involved in Lars von Trier's Nymphomaniac just yet, but the trailer shows them torching cars, screaming, hitting one another, brandishing firearms and engaging in some wildly explicit sexual acts. To each his own, but if you’re looking for the dreamy, candy-and-roses post-Valentine’s Day celebration, odds are you won’t get it with any of these characters.

Most: Christina from Divergent (3/21) 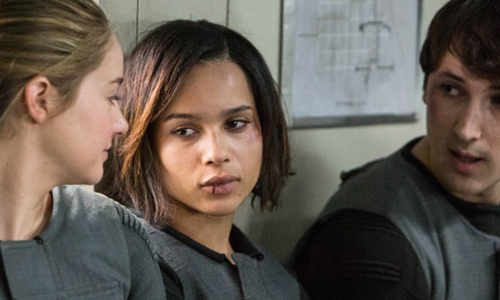 Shailene Woodley’s Beatrice Prior may be front and center in Divergent, but it’s Zoe Kravitz’s Christina who’s worth keeping an eye on. She’s blunt, sassy and a good friend. Someone who spits out gems like these is definitely worth having around – “Sometimes life really sucks. But you know what I’m holding on for? The moments that don’t suck. The trick is to notice them when they come around.” 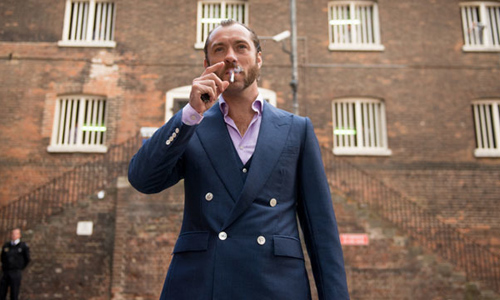 You know what the best part about Jude Law’s Dom Hemingway is? We can watch his antics from a safe distance. Even after a lengthy prison sentence, the guy’s got no problem pissing away his newfound freedom via alcohol, profanity and the crudest behavior imaginable. He isn’t just undateable, he's hazardous. 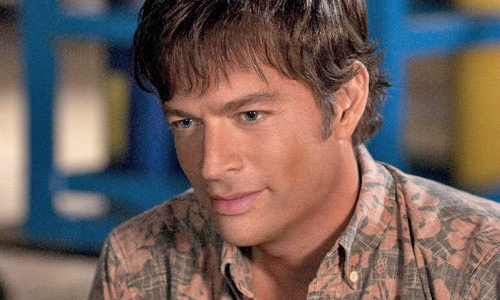 Dolphin Tale’s Dr. Clay Haskett (Harry Connick Jr.) is the ultimate eligible bachelor. He’s a single father who pours his heart and soul into rehabilitating injured aquatic animals at the Clearwater Marine Aquarium, going above and beyond any must-love-dogs requirement. Nothing panned out between Clay and Sawyer’s mother, Lorraine (Ashley Judd) in the first film, Mr. Loving Dad/Animal Savior Who Looks Good in a Wetsuit is still a single man. 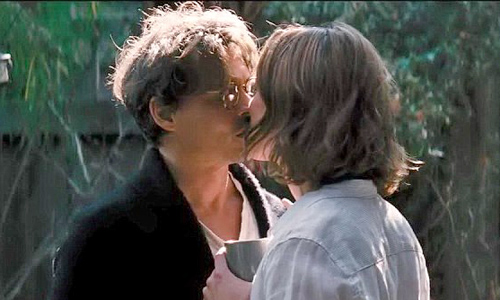 It’s tough to bear the thought of losing a loved one, but that doesn’t mean you can try to cheat death by letting that person live on through a computer. That’s exactly what Evelyn (Rebecca Hall) does to her husband, Dr. Will Caster (Johnny Depp), in Transcendence. It’s one thing when you’re born an intuitive operating system like Samantha in Her, but another when you’re turned into one, so make sure you establish some clear-cut, no-uploading rules before getting cozy with someone like Evelyn. 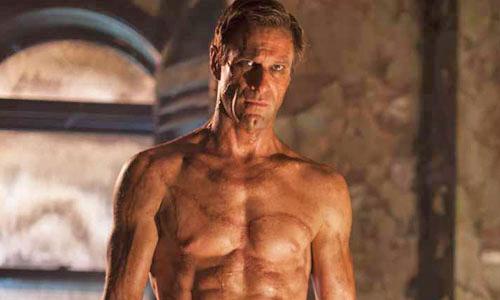 Not only does Frankenstein’s monster look like a ripped Aaron Eckhart, but he’s also looking for love, too. After being abandoned by his creator, Adam is all alone and eager to figure out where he belongs in the world. He may get his hands dirty descending demons every so often, but deep down, he’s just one big softie looking for acceptance and companionship.

Least: Anyone from a Tyler Perry Movie 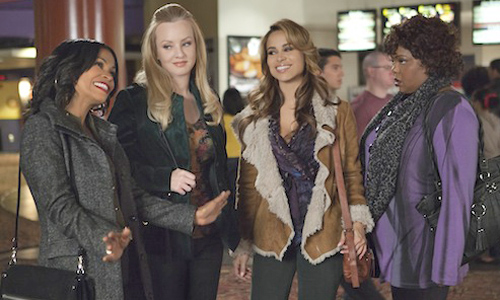 The large majority of his characters do wind up living happily ever after, but Tyler Perry puts them through the wringer to get there. No doubt the same will be true for the ladies of Single Moms Club come March 14. Not only does dating a Tyler Perry character mean you’re running the risk of living a love life full of melodrama, but also of crossing paths with Madea, too.

Most: Hector from Paranormal Activity: The Marked Ones (1/3) 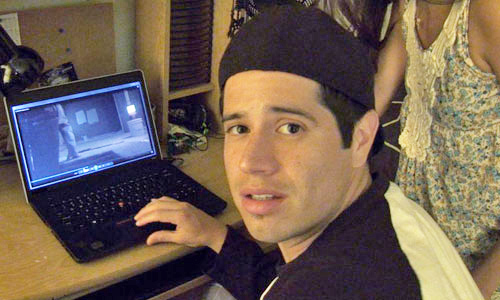 Hector (Jorge Diaz) is immature to the max at the start of Paranormal Activity: The Marked Ones, but when things get dangerous, it’s Hector who steps up in attempt to keep his friends and family safe. This is a guy who refuses to give up on his best friend and is willing to go head-to-dead with a demonic cult for his loved ones; he deserves more than a doomed date at a crime scene.

Least: Jason from That Awkward Moment (1/31) 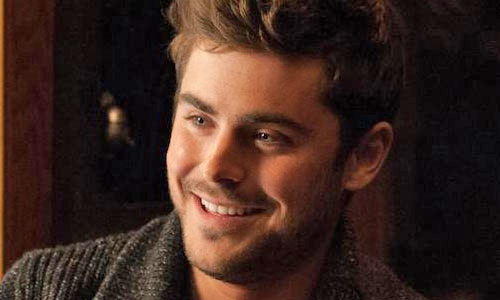 It’s tough to take a pass on a character played by Zac Efron, but that face is just not worth all the effort it’d take to turn Jason into boyfriend material. Between his intense dedication to staying single with his friends, his unusual bathroom tactics and poor costume choices, we’re better off letting movie magic handle Jason’s transformation.

Now tell us: Who would you choose as your celebrity date? And get more at our "Movie Crush" special section.

Next Article by Phil Pirello 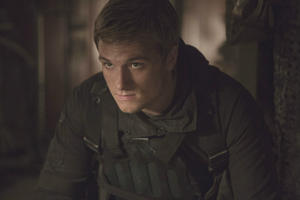 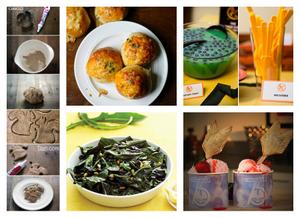 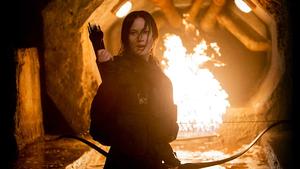