Who Should Direct the 'Wicked' Movie? 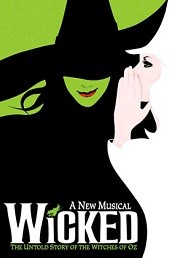 It’s one of the most popular musicals on Broadway, and now Universal is beginning to put a plan together to finally bring Wicked to the big screen. Though it was originally developed as a movie, Universal opted to make Wicked a musical instead. And what a musical it turned out to be – making millions of dollars since it began its run on Broadway, collecting a massive fan base along the way.

Now, Deadline reports that the studio has already met with a few different directors in their search to find the perfect person to bring Wicked to movie theaters. They are: J.J Abrams, Rob Marshall, James Mangold and Ryan Murphy. Definitely an interesting assortment of men, with Abrams representing a more elaborate, fantastical (perhaps sci-fi driven) tone, all the way down to Ryan Murphy (who’s responsible for Glee) representing what would most likely be a more straight-up musical. Marshall, of course, is the veteran here when it comes to movie musicals, having directed Annie, Chicago and Nine, while Mangold (Walk the Line) is more of a wild card, a director who could make Wicked a seriously wicked awards contender.

Seems like Universal wants to get Wicked out and into production before some of these other Wizard of Oz-related films get going, like the prequel Oz, starring Robert Downey Jr. as the man who ultimately becomes the Wizard of Oz.
Have you seen Wicked on Broadway? Which of these directors do you think should adapt it? And would you like to see it onscreen as a musical, or a movie that doesn’t involve song and dance numbers? Sound off below!
Like it? Share it:

Edward Norton Not Playing Hulk in ‘The Avengers’

Edward Norton Not Playing Hulk in ‘The Avengers’