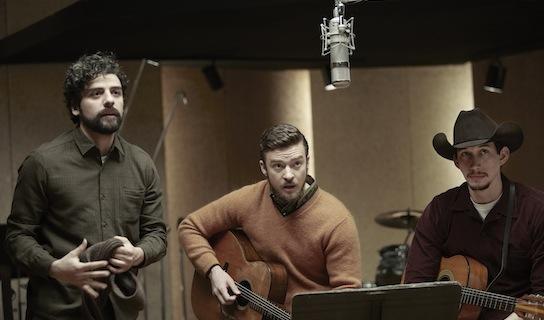 Earlier this week, the Academy shocked the whole movie industry by disqualifying Oscar-nominated original song "Alone Yet Not Alone," from obscure Christian-themed period piece Alone Yet Not Alone. The reason for removing it from contention was that the campaign for its nomination was improper.

The Academy decided not to replace the song by refilling the now-empty slot for a fifth nominee in the Best Original Song category. So, just as we previously imagined what would have been the 10th Best Picture nominee this year, let's now imagine what should be the rightful final song nominee. You can see a full list of qualifying songs on the Oscars website here.

Because "Alone Yet Not Alone" had come out of nowhere in the first place, a number of other tunes had been favorites for a nomination. These included Lana Del Ray's "Young and Beautiful" from The Great Gatsby, Alexander Ebert's "Amen" from All Is Lost and Coldplay's "Atlas" from The Hunger Games: Catching Fire.

My pick, though, would be one of the songs that actually functions within the movie's story as opposed to simply being featured prominently on the soundtrack. Two standouts of this sort are Keith Stanfield and Destin Daniel Cretton's "So You Know What It's Like" from Short Term 12 and Will Ferrell, Adam McKay, John Nau and Andrew Feltenstein's "Doby" from Anchorman 2: The Legend Continues.

One song that is worth mentioning even though it wasn't qualified for the Oscar from the get-go is "Please Mr. Kennedy" from Inside Llewyn Davis. It's one of the most popular movie tracks of the year but because it's somewhat based on a previously existing tune it wasn't allowed to be nominated. Many fans think it's original enough, though, and should not only be nominated but win the Academy Award. 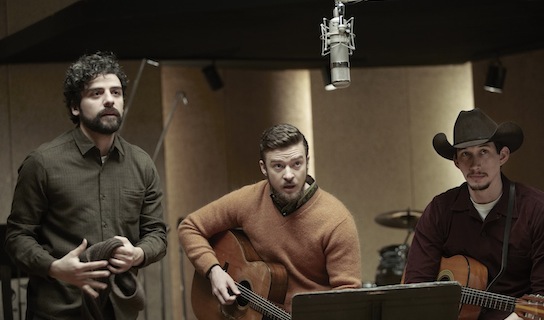 Then there's the other side of the spectrum, with those who think "Alone Yet Not Alone" should be reinstated because they believe its reason for disqualification isn't clear or fair.

This week we polled users on Twitter for what they'd pick to replace "Alone Yet Not Alone." Below are the results followed by a few select tweets.

@thefilmcynic The shark song from ANCHORMAN 2 or any other song from FROZEN.

@thefilmcynic "Please Mr. Kennedy," if only so we could have had Adam Driver onstage performing his "OUTER. SPAAACE." bit.

@thefilmcynic With the deserving Please Mr. Kennedy not qualifying, So You Know What It's Like from @ShortTerm12.