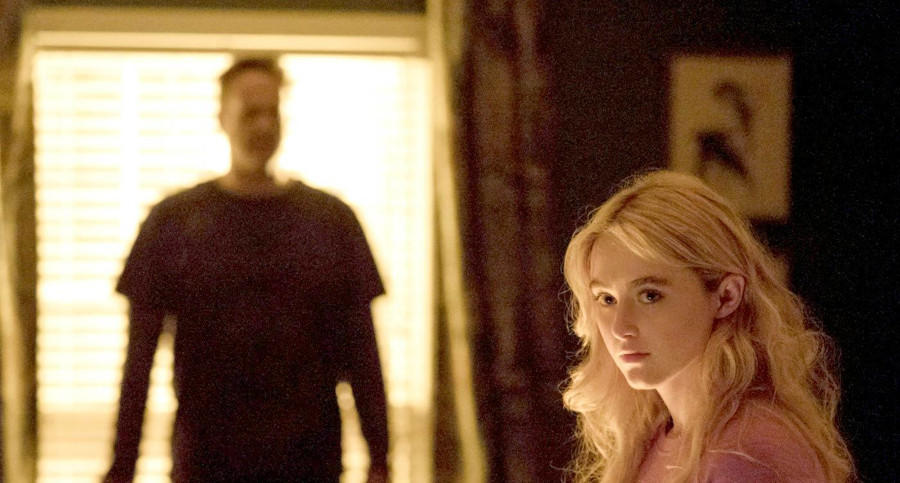 From Alex Winter, the new documentary Zappa offers a definitive look at the life and artistry of cult music icon Frank Zappa. I’ll admit, I’m not a fan of Zappa, but I love how this film doesn’t try to make me one, nor does it even showcase any of Zappa’s tunes for too long. Instead, the doc sells me on understanding who Zappa the person was first and foremost. It’s a perfect primer for anyone unfamiliar with the man but also caters to big fans as well.

What movies are great to pair with that new release?

Can’t get enough of Frank Zappa? There’s the 2016 documentary Eat That Question: Frank Zappa in His Own Words, which is also great for fans and newcomers alike. And if you want another fascinating film from Alex Winter, there’s the cryptocurrency-focused tech doc Trust Machine: The Story of Blockchain, narrated by Rosario Dawson. Of course, you can also watch Winter playing the iconic Bill S. Preston (who probably loves Zappa) in the Bill & Ted movies, including the new sequel Bill & Ted Face the Music.

For something completely different coming out this Friday, Andrea Riseborough (Mandy) stars in the Antonioni-esque contemplative drama Luxor as an international aid worker revisiting the ancient Egyptian city of the title. While there, she reconnects with an old flame, played by Karim Saleh (Vice). Think Lost in Translation and Before Sunset in pace and tone but heavier in context.

And for something even more romantic, this Friday also sees the Home Premiere release of Ammonite, starring Oscar-winning actress Kate Winslet and Oscar-nominated actress Saoirse Ronan. Set in the 1840s and loosely based on a true story, the movie dramatically depicts the forbidden love story between famed paleontologist Mary Anning and geologist Charlotte Murchison.

What are some underrated Christmas movies to rent this week?

The holiday season is upon us, and Christmas movies are the primary viewing for many this month. But what if you’re looking for something besides the usual favorites? If you love It’s a Wonderful Life but are a bit tired of it, try the Capra-esque rom-com The Family Man. Nicolas Cage stars as a wealthy bachelor working on Wall Street who is shown a different way his life could have gone, with a wife and kids and a home in the suburbs.

When it comes to retellings of A Christmas Carol using iconic characters, the Muppets version has become more popular in recent years, but I still prefer the 1983 Disney animated film Mickey’s Christmas Carol. And while we’re talking about the classic Dickens story, I have to also mention Scrooged, which is shown a lot but not talked about enough despite being almost as good a paranormal comedy starring Bill Murray as Ghostbusters.

I’ll have to recommend Christmas horror movies on their own later this month, but for this curation I’d still like to include Chris Peckover’s Better Watch Out. It’s kind of an R-rated twist on the better-known holiday favorite Home Alone as it’s also a home invasion style comedy-thriller set during Christmastime. But in this movie, the kid (Levi Miller) has a babysitter (Olivia DeJonge), and the story goes in a much different direction, which I won’t spoil here.

What about something for the kids? They’re probably on their umpteenth viewing of the animated Santa Claus is Comin’ to Town, and need another origin story for the man in red. I have a fondness for Santa Claus: The Movie, which was an attempt to mimic Superman: The Movie with focus on ol’ St. Nick. Whatever its faults, David Huddleston is still a perfect Kris Kringle, and John Lithgow is fabulously hammy as a villainous businessman.

While we’re on the subject of underrated holiday movies, The Night Before is a comedy starring Seth Rogen, Joseph Gordon-Levitt and Anthony Mackie as three friends partying in New York City on Christmas Eve. And you can rent or buy it in a bundle with either the apocalyptic comedy This Is the End, also starring Rogen, or in a bundle with the R-rated animated comedy Sausage Party, which is co-written by and features the voice of Rogen.

There’s also the brand new bundle pairing Girl, which just debuted on digital last week, with the 2018 movie Josie. Both are thrillers that star young (oft-red-haired, but not here) actresses — Bella Thorne in Girl, Sophie Turner in Josie — playing women who stroll into a small town with a hidden agenda, only for more secrets to be revealed as the story unfolds.

This week marks the 30th anniversary of the Stephen King adaptation Misery, which earned Kathy Bates an Academy Award, as well as the neo-noir thriller The Grifters. The buddy comedy Spies Like Us and the underrated Young Sherlock Holmes both turn 35 and the comic book movie sequel Superman II and the cult classic comic strip adaptations Flash Gordon and Popeye all turn 40.

In just two weeks, on December 15, Christopher Nolan’s Tenet will arrive digitally in 4K UHD. The twisty sci-fi action blockbuster spy movie stars John David Washington (BlacKkKlansman) as the Protagonist, a figure on a sort of time-travel-ish mission to save the world. Robert Pattinson, Elizabeth Debicki, Michael Caine and Kenneth Branagh co-star in what was — and still is for many fans — the most anticipated film release of 2020.