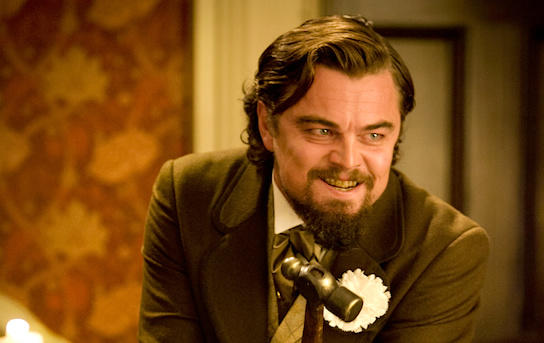 Two filmmakers have done a lot of good for Leonardo DiCaprio's career by casting him in multiple memorable roles. Baz Luhrman shot the actor into real teen-hearthrob territory with Romeo and Juliet, and Martin Scorsese helped him mature his talent and transition into an adult movie star with films like Gangs of New York, The Aviator, Shutter Island and The Departed.

This year DiCaprio got to work with both of these directors again, Luhrman on The Great Gatsby and Scorsese on this week's new release The Wolf of Wall Street. Either one of them could easily land him his fourth Oscar nomination and maybe even a win, finally, depending on the Academy's reception of the performances and the divisive films they're in.

DiCaprio's initial Oscar nod came early on (before he played Shakespeare with Luhrman) with a supporting role as Johnny Depp's mentally handicapped brother in What's Eating Gilbert Grape? Eleven years later, he earned his first recognition for lead performance with The Aviator, and in 2007 he followed that with another lead nomination for Blood Diamond, where he did a decent job pulling off a Southern African accent. 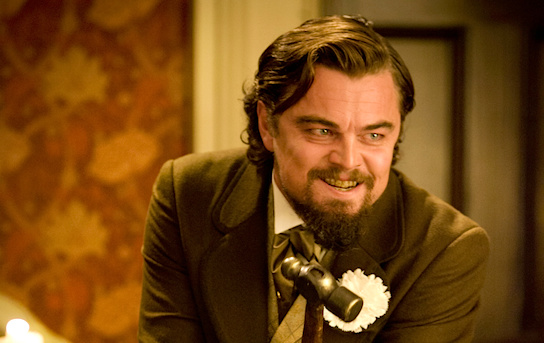 Other exceptional performances that should have garnered him Academy Award attention include Revolutionary Road, Django Unchained and -- looking back -- maybe even Titanic. He was nominated for Golden Globes for all of these, by the way. He has been nominated 10 times for that award, including this year for The Wolf of Wall Street, and he won for The Aviator.

Any underrated films you think he deserves more acknowledgement for? He's really underrated in his sorta meta role as a young star in Woody Allen's Celebrity. He exhibits a terrific mix of his boyish and grown-up attributes in Steven Spielberg's Catch Me if You Can. Christopher Nolan fans might think he's best in Inception. And there are definitely some who still favor his early work in The Basketball Diaries.

This week we polled Twitter users for their pick for DiCaprio's greatest movie performance so far (that's movie performance, so sorry Growing Pains fans). Here are the varied results followed by a handful of select tweets:

@thefilmcynic The Wolf of Wall Street followed by The Departed and Inception.

@thefilmcynic Shutter Island, though Catch Me if You Can, Wolf, Gatsby and Django are all close.

@thefilmcynic THE BASKETBALL DIARIES (DJANGO and WOLF are real close.)

@thefilmcynic Tie between Django Unchained and The Aviator. Need to see Wolf of Wall Street still.

@thefilmcynic catch me if you can and django Unchained. I haven't seen wolf of wallstreet, but I really wanna see it!

You’re Living Your Worst Nightmare, and It’s All Your Fault

You’re Living Your Worst Nightmare, and It’s All Your Fault