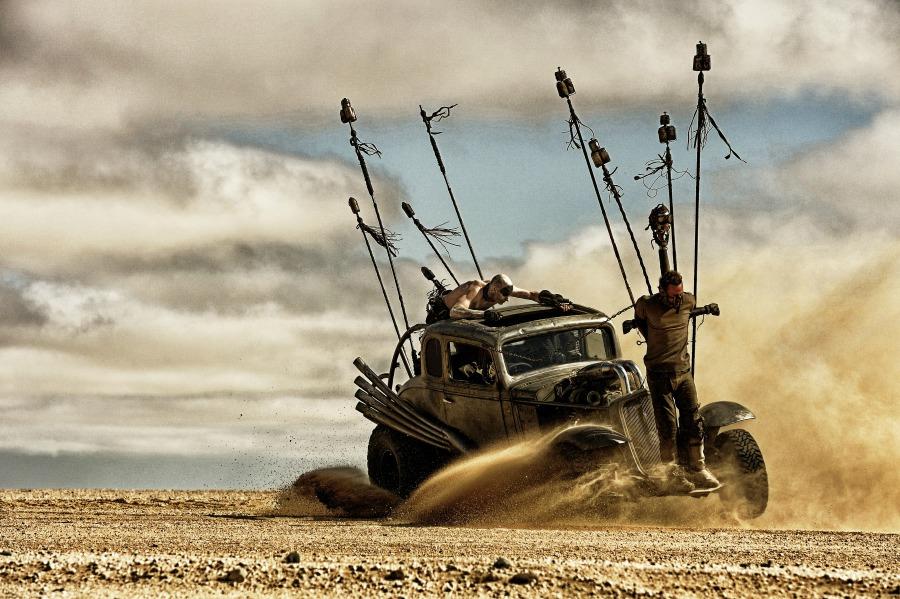 We've Seen 'Mad Max: Fury Road' -- Here's Why It's One of the Year's Best Action Movies 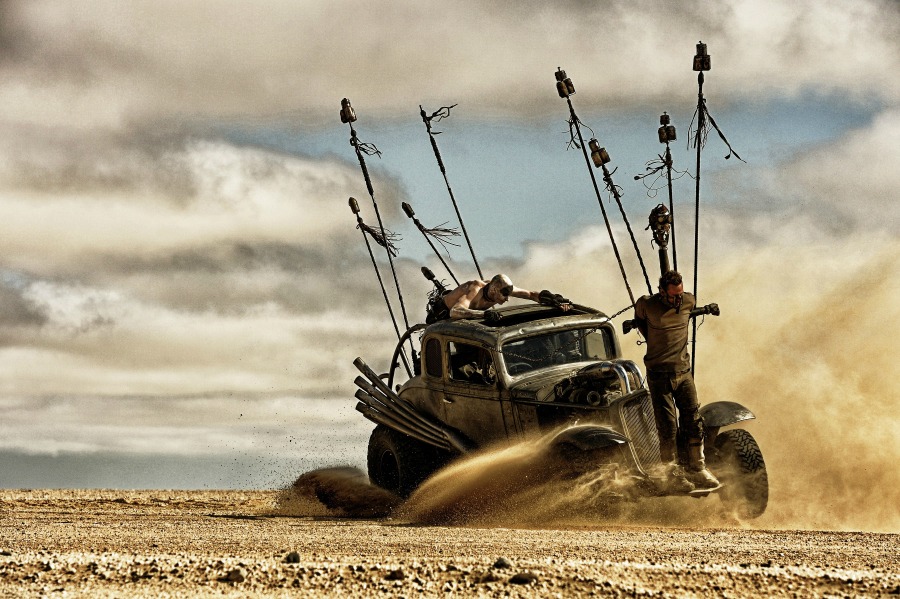 George Miller's return to the Mad Max franchise 30 years after the previous installment (Mad Max Beyond Thunderdome) hit theaters was well worth the wait. How long will we have to wait for the next one? And will there be a next one? It's all in the hands of the cinema gods now -- we're just glad this ride exists because man is it fun, funky and refreshing -- the kind of movie we'll be talking about for the rest of 2015 and for many years to come.

So what's the deal with Mad Max: Fury Road? Here are five things you want to know before seeing it this weekend, and we promise there won't be spoilers.

Is Mad Max: Fury Road better than the other Mad Max movies? 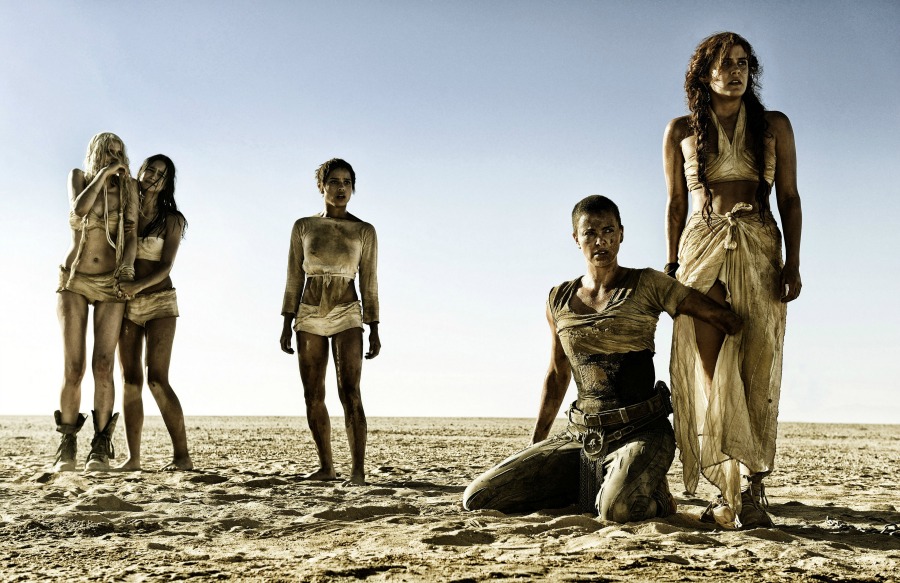 Though each Mad Max installment carries with it a distinct flavor, Mad Max: Fury Road definitely feels like a direct descendant of The Road Warrior, the second film of the series... except it's more like The Road Warrior on steroids.

Its two-hour runtime is primarily used to track one long, vicious, violent, inventive chase sequence -- in which Charlize Theron's Imperator Furiousa goes rogue on the massive cult-like army she belongs to by kidnapping the "wives" of her leader, Immortan Joe, and making a break for it, hoping to find the more peaceful place where she grew up and some semblance of a normal life.

Of course Immortan Joe is having none of it, and he unleashes a band of hellish warriors to go chase her down, with our wandering heroic drifter, Max (Tom Hardy) -- himself a prisoner of Immortan Joe's -- strapped to the hood of one of the bad-guy vehicles as if he was an ornament of some kind.

And the chase is on!

Is Fury Road the best of the bunch? It's certainly the craziest and the richest, in terms of the mythology it continually plays with, and while each film has its moments you'll always remember (we still love you, Tina Turner!), every single moment in Fury Road feels like it's worth remembering.

Do I need to watch the other Mad Max movies before seeing Fury Road? 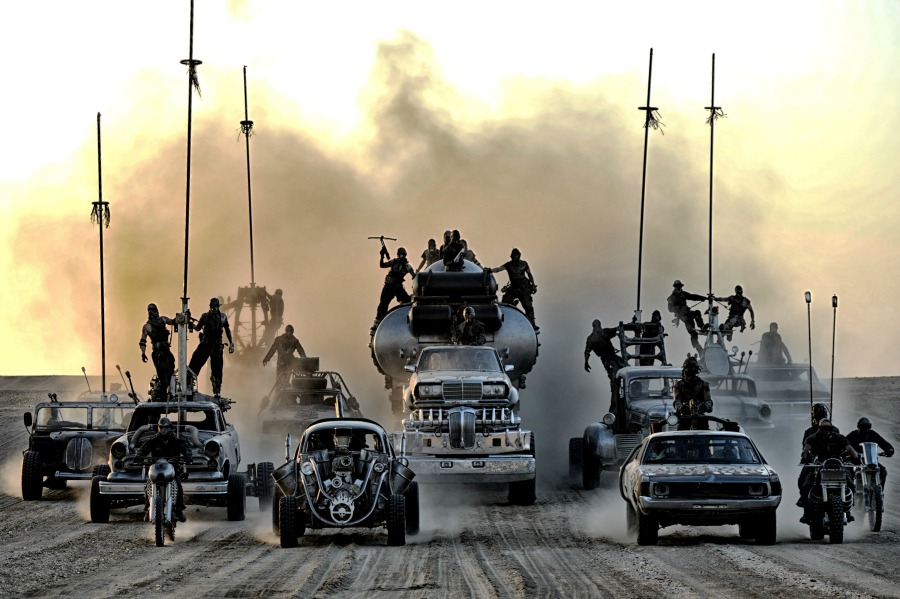 No, not at all. In many ways the Mad Max franchise is like the James Bond franchise in that there are loose ties to the other movies, but each one stands on its own as a separate adventure for our hero.

While the events of the first Mad Max still haunt Max deeply -- in fact, Tom Hardy's Max is probably the maddest of them all; a man so tortured by the souls of those he couldn't save that he can barely speak or interact with anyone around him -- that's about all that connects this film to the others. 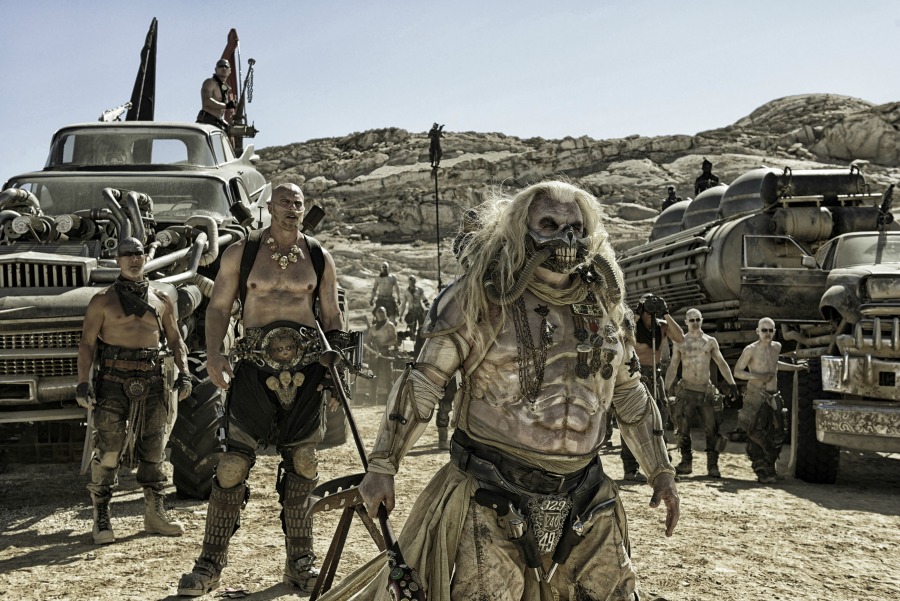 However, the similarities stop there. When we spoke with director George Miller, he nixed the idea that perhaps Toecutter somehow survived being run over by a truck in the first film and went on to become this future leader in the fourth installment.

So no, they are not the same character. More on Immortan Joe and Miller's reunion with Keays-Byrne in our interview with the director running later this week.

What makes this such a special action movie? 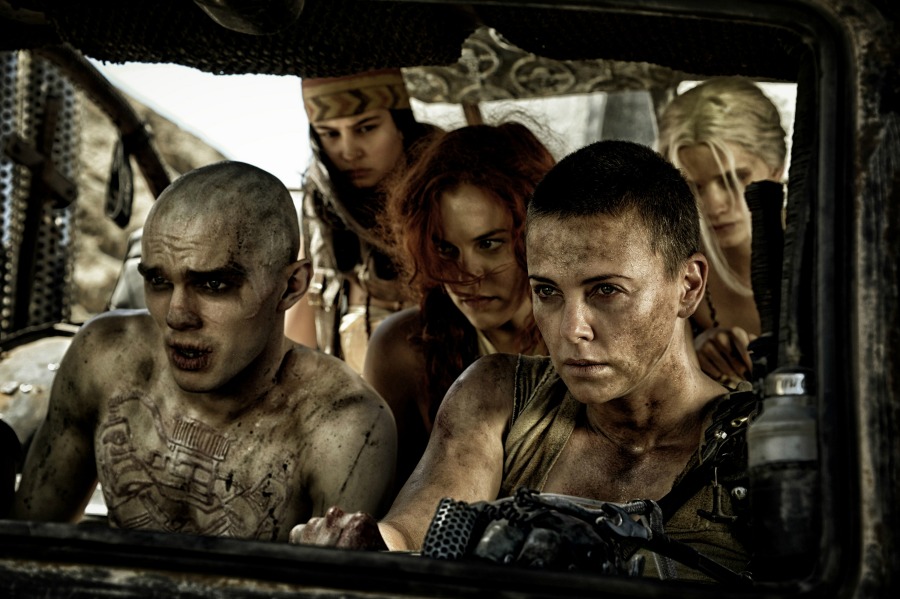 Just the idea that this film exists is something to marvel at. Not only has it been 30 years since the previous installment, but this is a movie where production was delayed for so long they had to eventually recast the original Max, Mel Gibson, because he became too old for the part.

But aside from its overcoming tremendous odds, Miller decided to go retro in the way he constructed Fury Road, opting to use practical sets and stunts for a large percentage of the movie. Those choices -- coupled with the fact that Miller came up with extensive backstories for his large cast of characters -- help immerse you in the nonstop action in a way that films stuffed with digital sets and effects sometimes struggle to do.

When you see motorcycles jumping over giant war rigs in order to drop fire bombs on top of them, that's really happening. Same goes for countless other stunts that are so out-there and ballsy, you can't help but respect the movie while you're cheering it on.

That, plus the fact that it's a film primarily driven by women, both young and old. Women with stories and souls -- a group of ladies (led by a one-armed Charlize Theron) who steal action scenes and continually out-badass the men.

Those of you who grew up in an era before CG will find so much to love and admire in Fury Road, a film meticulously constructed to deliver the kind of adrenaline we've come to expect from a 2015 summer movie while all wrapped in the shell of a film that feels like it could've been made in the late 1980s.

Is there a way I can better prepare myself to watch Fury Road? 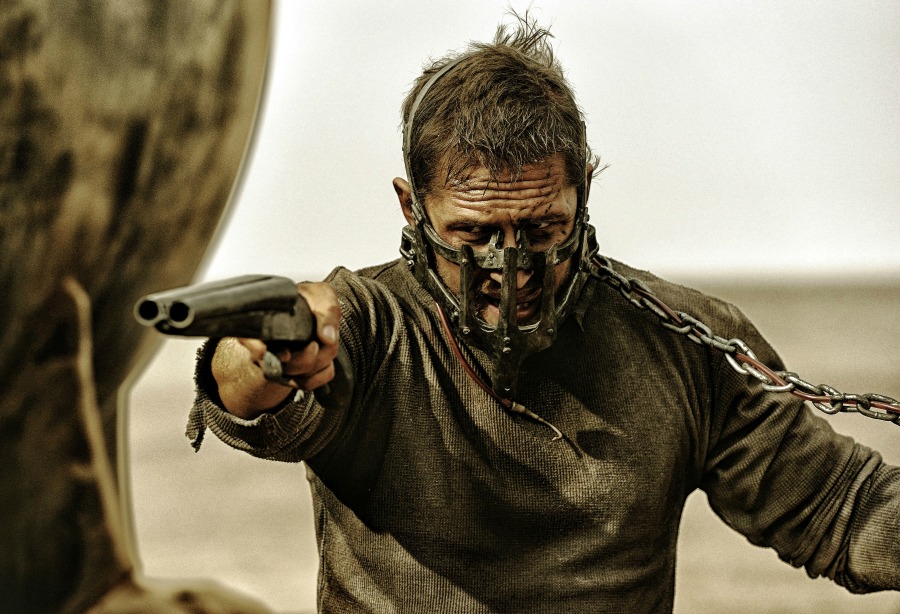 Yeah, spray some silver paint on your teeth and change your name to "War Boy."

Seriously, nope -- this is a movie you want to just experience, minus any kind of reading or research you might want to do beforehand.

Yes, you can watch the other Mad Max movies to get an idea of how weird and wild George Miller's post-apocalyptic world is, but it's probably better to hold back and go in with only your foggy memories of what it was like to watch a Mad Max movie for the first time.

Because, really, as much as it feels like an extension of the universe Miller created in the '80s, Mad Max: Fury Road really does feel like its own animal, and it certainly plays by its own rules. 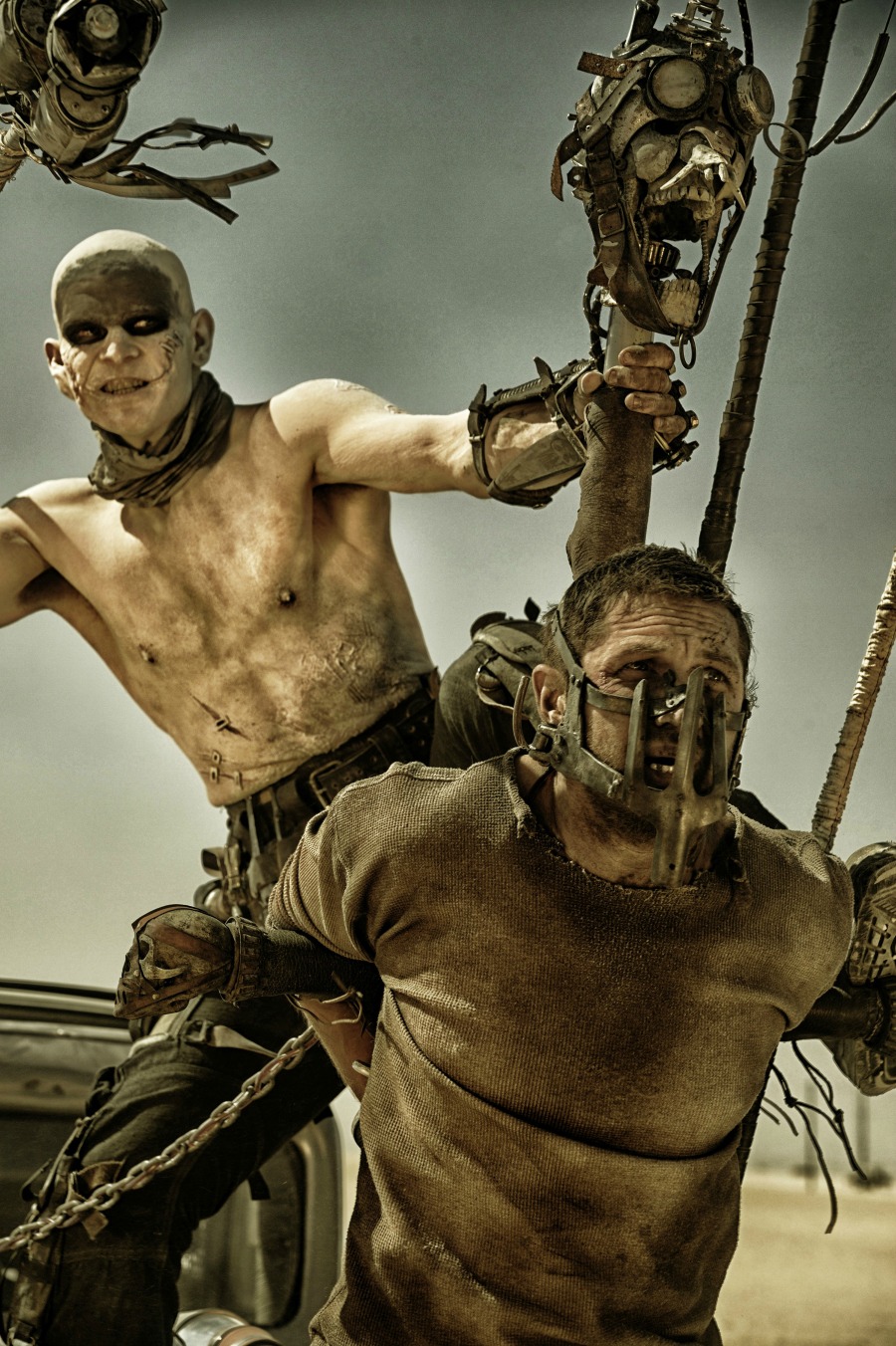 You won't have all the information you typically want from a story, and you won't understand some of what these characters are talking about (much of their lingo is born from this sort of primitive-speak), but that's okay because the visuals -- and the charged-up visceral feeling you'll get after watching one spectacularly creative action sequence after the next -- will more than make up for the missing story elements you'll begin to piece together after multiple viewings.

Mad Max: Fury Road is most definitely a movie you'll want to watch again and again, and though it's still early there's no doubt it'll go down as one of the most memorable movies of any recent summer movie season.