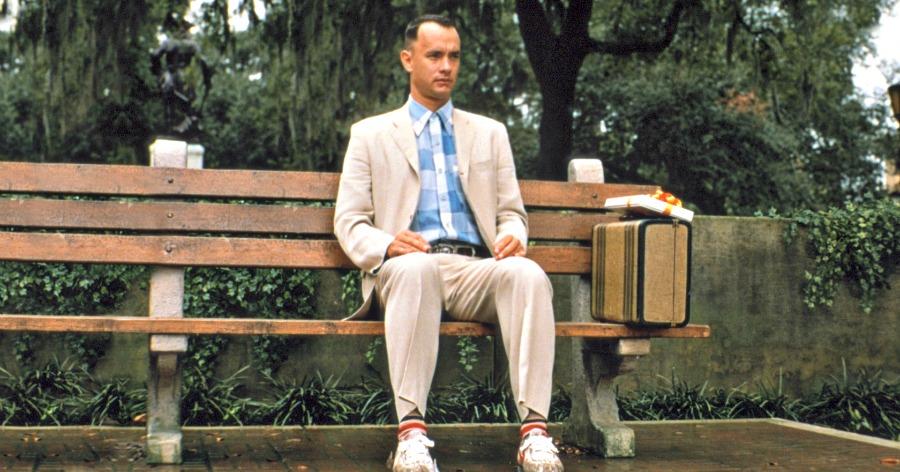 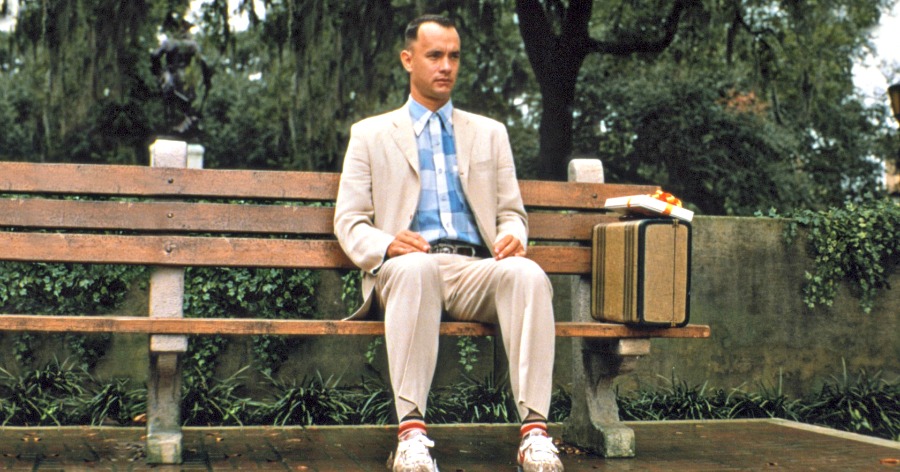 In over 30 years, Tom Hanks has given us more than 50 movies as an actor, most of them great. But just think of how long it would take to do a marathon viewing of all those titles, even just the ones that are worth rewatching. It would take you days! Or maybe it would only take you six minutes.

Obviously that's not something that can really be done in so short a time, but Hanks himself has just shown that you can rewatch the most important bits of the most important movies in that brief span. And not only that, but he can re-create those bits with quick costume changes and a green screen and a little help from brand-new Late Late Show host James Corden.

Hanks went on the talk show (last night was Corden's debut) and performed 27 of his roles in re-creations of 29 movies (two of them being Toy Story sequels). That's more than half of his on-screen feature work. He begins with the bench and chocolates from Forrest Gump and then goes in a semi-random order through varied classics like Bachelor Party and Saving Private Ryan.

It's not chronological, probably for easier costume changes (Corden keeps his Apollo 13 helmet on to play Buzz Lightyear for the Toy Story movies) and amusing transitions (for instance, a famous line from A League of Their Own goes well with a line from You've Got Mail). And it unfortunately leaves out Volunteers, but pretty much all his other major films are there.

Watch the impressive run through the 27 characters above, and afterward see if you can tell us which one is not actually the role he played in the movie.

And if that extended bit from Big wasn't enough for you, check out that other time Hanks went on a talk show and re-created the movie's toy store piano scene.