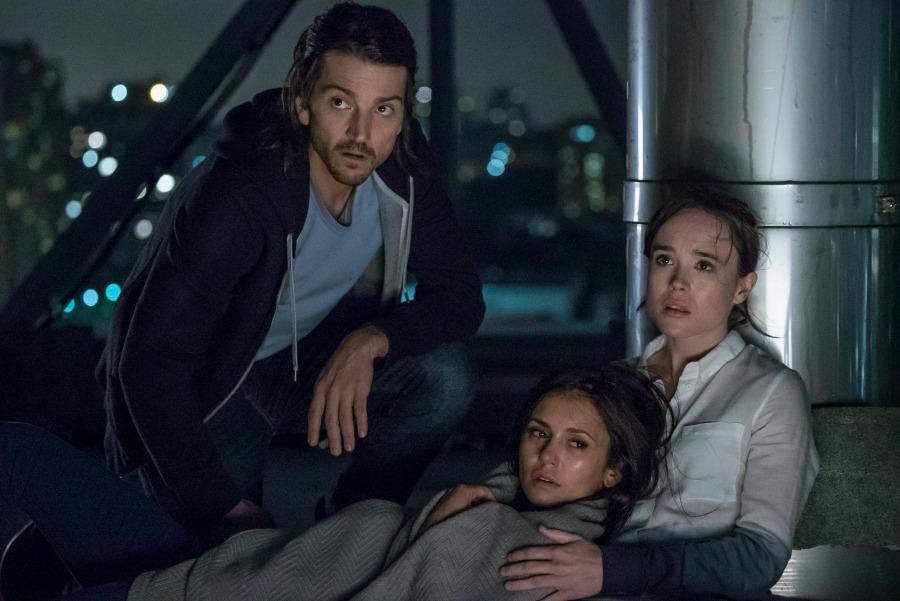 Watch the First 'Flatliners' Trailer, Plus: Star Nina Dobrev on Why This Reimagining Is So Timely 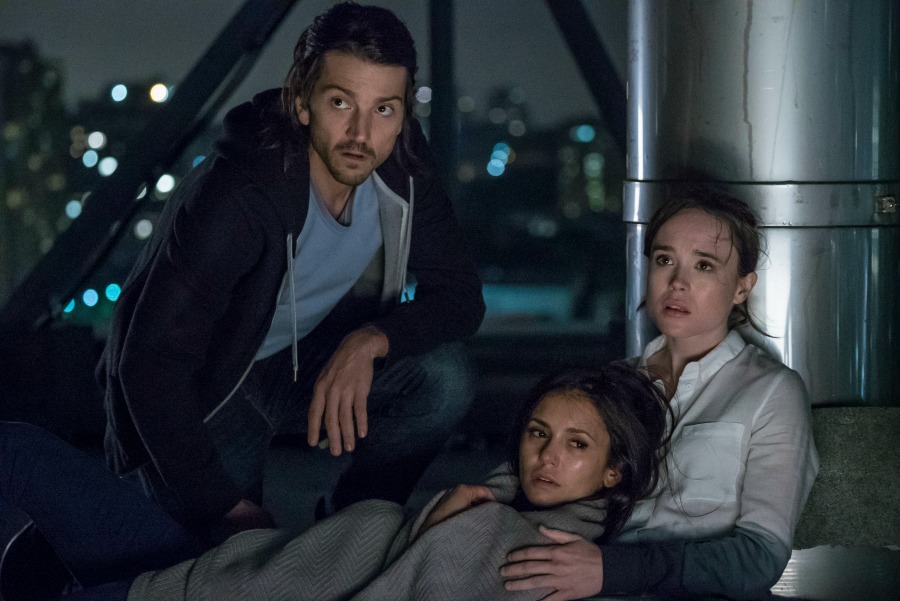 What happens when you die? It's one of those age-old questions we've always longed to answer... but what if there were a way to finally learn the truth? In Flatliners (in theaters September 29), a group of medical students will attempt just that, and in the process deliver an edge-of-your-seat thriller that confronts the chilling consequences of life’s greatest mystery.

Fandango is excited to premiere first official trailer for Flatliners. Check it out below along with some brand-new images from the film.

This isn't the first time we've seen a movie called Flatliners that deals in experimenting with near-death experiences. Fans will surely remember the 1990 Flatliners starring Kevin Bacon, Julia Roberts, William Baldwin and Kiefer Sutherland, the latter of whom also has a role in the 2017 Flatliners.

"We viewed the original movie as a jumping-off point – and are now telling a re-imagined story with new characters," producer Michael Douglas told Fandango. "We have learned more and more about the world, and science keeps answering so many questions and taking us to so many previously unexplored places - but still no one knows what happens after we die. That's a question we'll be asking ourselves forever." 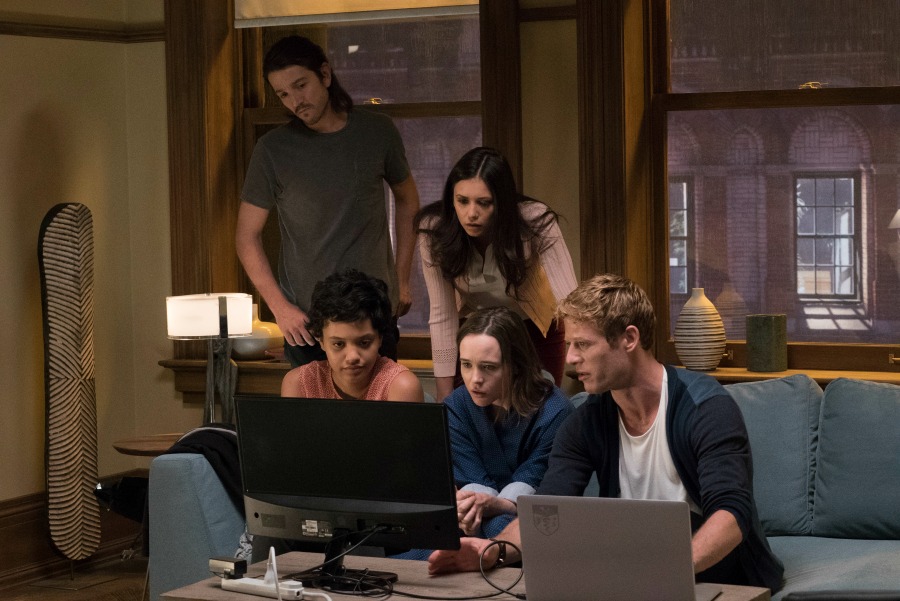 The new Flatliners stars Ellen Page, Nina Dobrev, Diego Luna, James Norton and Kiersey Clemons as a group of med students who figure out a way to essentially die before being quickly brought back to life, hoping to explore what happens to a person in the few minutes in between life and death.

As Douglas, who also produced the original Flatliners said above, this Flatliners is more of a re-imagining than a remake. Fandango had a chance to chat with one of the film's stars, Nina Dobrev, in conjunction with the debut of the first trailer. Not only does Dobrev adore the trailer, but she also spoke about how breakthroughs in science over the years have helped pave the way for a wild thriller that will feel especially relevant to a younger generation who, like Dobrev, may not have seen the earlier Flatliners.

Nina Dobrev: It's very much a reimagining. It kinda has the same idea, except now, so many years later, doctors and technology have advanced in a way that we're able to explore a lot of the things the characters are doing in the movie. It's a little more based in reality, in terms of the medical side. I'd call it a psychological thriller with a bit of a twist at the end. 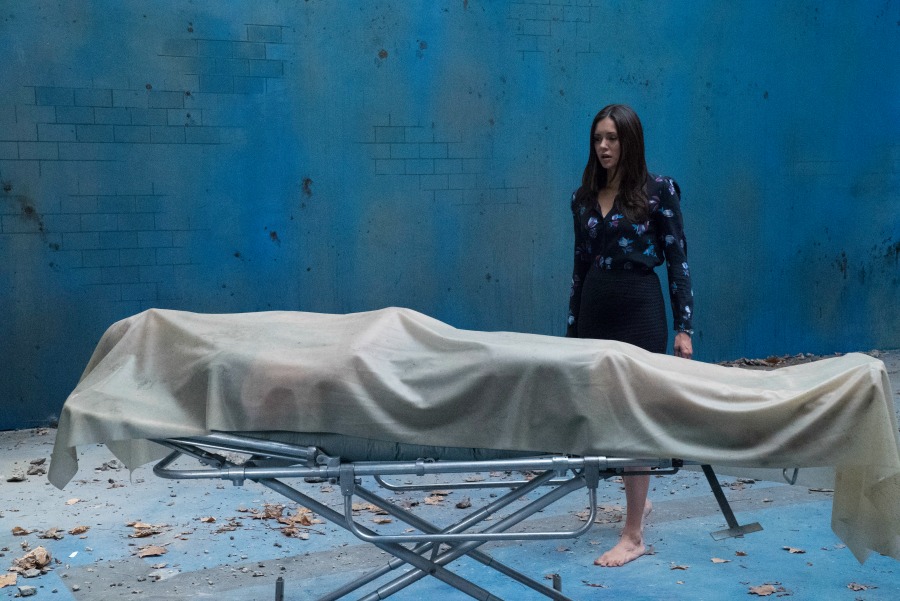 On what she thought of the trailer

Dobrev: It has a very crazy, mysterious vibe about it. It asks a lot of questions as to what happens after someone passes. That's what the movie is about -- our characters have that same curiosity. [The trailer] teases some of that, but doesn't get into it too much and ruin what happens in the film.

On her character, Marlo

Dobrev: Marlo is an ambitious young woman who is an overachiever in some ways. She's a cellist, and a competitive swimmer. She's very, very smart and wants to be top of her class. So she's constantly trying to figure out ways to advance herself, and when she finds out about this opportunity to discover something new in the medical field, she jumps on that. 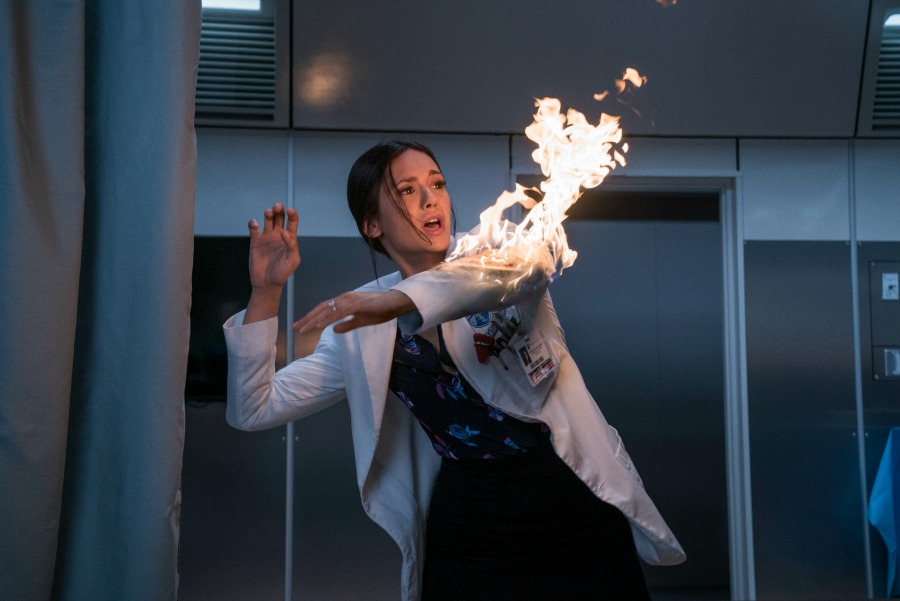 On training with real medical professionals

Dobrev: I thought it was really fun to work on this film. We went through three weeks of medical training with real medical technicians, and learned about defibrillators, and how to resuscitate people. What those steps are. It was really informative. I don't want to sound cocky and say that I could bring someone back to life in real life, but I could definitely now keep them alive long enough until the real professionals came to save the day.

On who, exactly, Kiefer Sutherland is playing

Dobrev: He plays a professor in the film, and we're all residents and medical students. So he's our mentor in many ways. I get to have a few scenes with him. He played a different role in the [1990 Flatliners]; he's not reprising that role here. It's a little bit different. 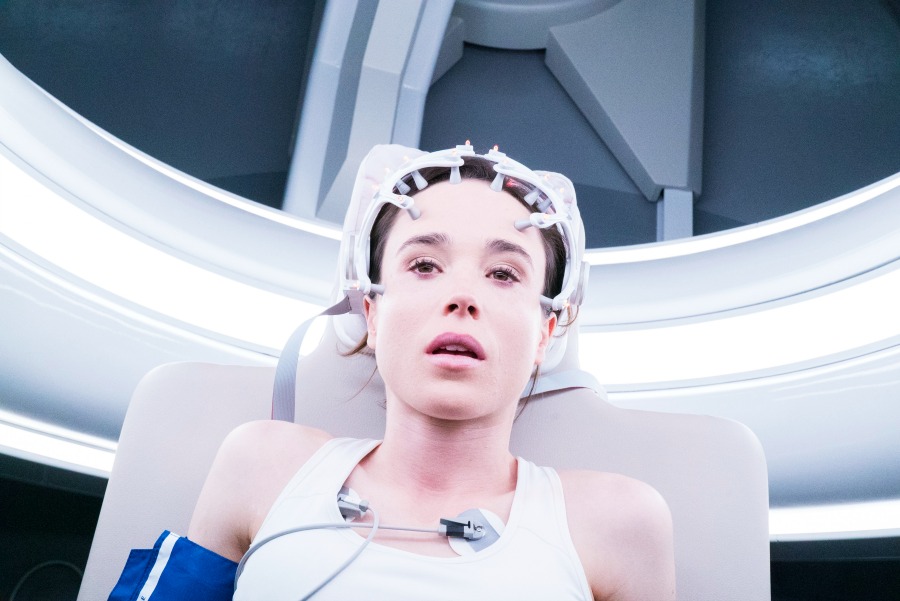 On the rest of the cast

Dobrev: I loved working with Ellen [Page], another fellow comedian. Having Kiefer [Sutherland] make an appearance was a very cool nod to the original. James Norton is a great actor and I'm very excited for American audiences to see him because this is his first American production. Kiersey Clemons is a huge talent and a force to be reckoned with, and I'm a big fan of Diego Luna as well. So I was definitely working with a lot of people that I admire in many ways, and they pushed me to work harder and be the best version of myself. It was a great group of people.

Dobrev: I think if I were a medical student and I was in that environment and that's what my peers were doing, then... I mean, I test the limits of death all the time -- I go skydiving, rock climbing and bungee jumping. I do very dangerous and silly things all the time -- I feel like I might be tempted to try doing this out of curiosity to see what happens next. 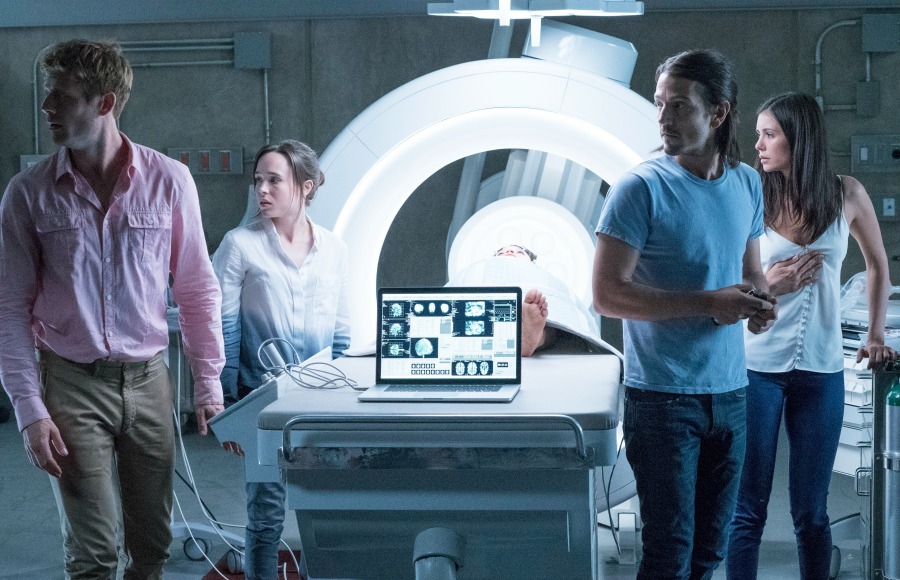 On what Nina hopes you take away from watching Flatliners

Dobrev: I hope audiences have a fun ride, and it makes them question what they think. It is very ambiguous at the end of the day, but we offer a lot of potential opinions as to what could happen and hopefully it'll continue the conversation. Go see the film with your friends and have a fun time with it. I'm hoping to do the same.