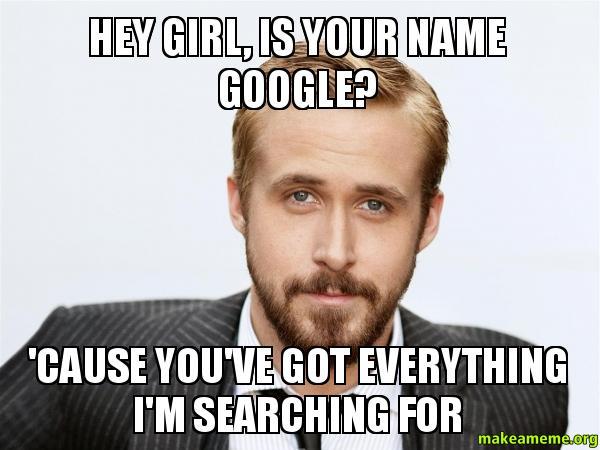 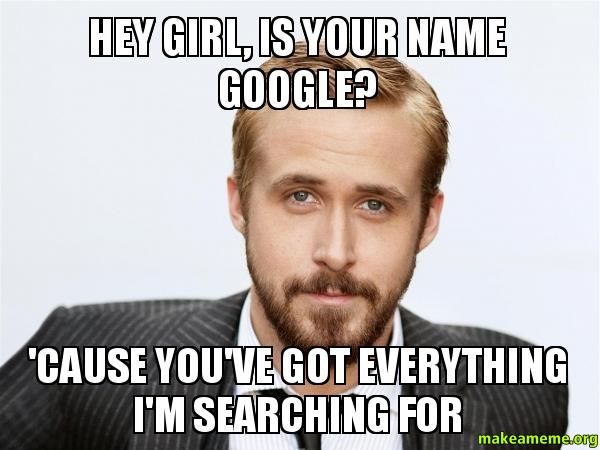 Hey girl, this is going to make your day.

The Internet can be full of so much suck, but then sometimes it’s the BEST EVER. If you haven’t seen the Ryan Gosling “Hey Girl” meme, stop reading this and Google it now. If you have, this video from BuzzFeed will have you giggling like a teenager with a crush.

Some guy named Douglas Reinhardt started the “Hey Girl” Tumblr F&*# Yeah! Ryan Gosling at the end of 2008, and it hit big a few years later when MTV asked Gosling to read aloud several of the funniest captions run on his photos and movie stills. Since then the Tumblr has spun off in all sorts of ways, from academic captions to Shakespeare quotes to finally Tumblr Gosblr, which naturally compiles links to Gosling-themed blogs.

In a BuzzFeed promo for Gosling’s latest movie, The Nice Guys, Gosling insists he never said the “hey girl” phrase to costar Russell Crowe during an episode of Couples Therapy. Let it brighten your day.