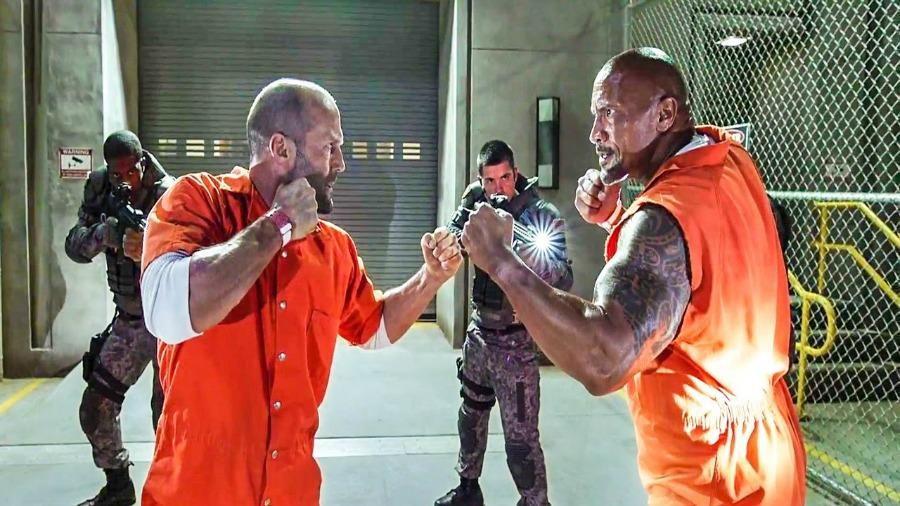 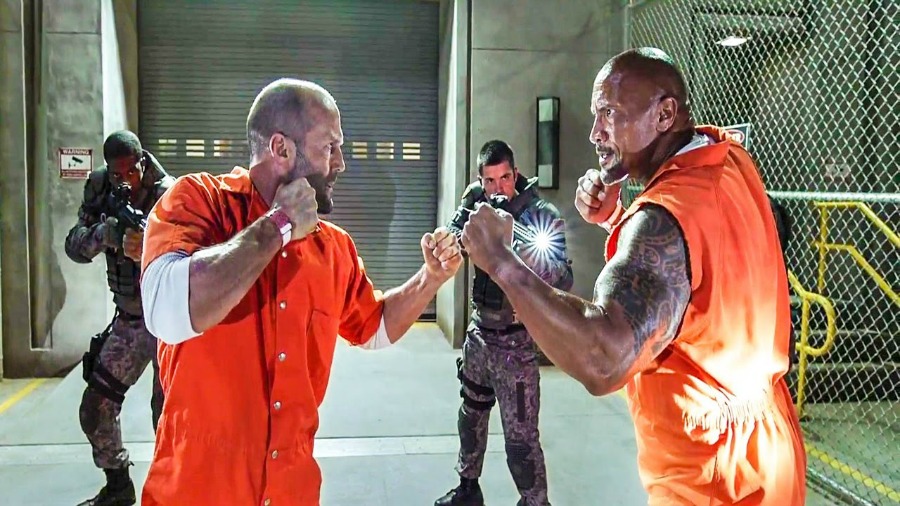 Of all the things fans loved about this year's The Fate of the Furious, it was the surprising amount of chemistry between action stars Dwayne Johnson and Jason Statham that left everyone wanting more. More fighting, more humor -- more of anything involving the two of them simply doing their thing. There was so much buzz circling the duo that shortly after release word hit that Johnson and Statham were already exploring a spin-off movie featuring their Fast and Furious characters, Hobbs (Johnson) and Deckard (Statham).

But just how close are we to seeing that movie actually become a reality?

When Fandango correspondent Nikki Novak sat down with Johnson to chat Baywatch (in theaters May 25), she asked him for an update on that rumored bro-tastic spin-off. Is it happening? See what Johnson had to say below.

When asked to confirm if his Fast and the Furious spin-off was in the cards via pec flex, Johnson couldn't confirm... with his voice, but he did, well, flex his pecs. Take that for what you will. Is that confirmation via pec flex? Your call.

“It’s an exciting time for us over there with the Fast and Furious movies because the goal over there, speaking as a producer, is to build out the universe and really give something back to the fans that they like," he said. "I will say this – we never anticipated the chemistry that Jason [Statham] and I would have. Now Jason and I love each other – we’re really good buddies. But putting us in those scenarios where we were feeding off each other’s jokes was just amazing. That chemistry really blossomed on-screen, and it informed us as to where we will go next."

By noting their intentions to "build out the universe," it would appear plans are already afoot to continue making Fast and the Furious-related movies after they complete these next two movies, which are already confirmed to be happening. What those new films will be is now the question, but Johnson all but confirms there will be a universe of Fast movies heading our way soon, not to mention more Johnson-on-Statham action to satisfy fan outcry.

The ninth Fast and Furious movie is due in theaters on April 19, 2019.