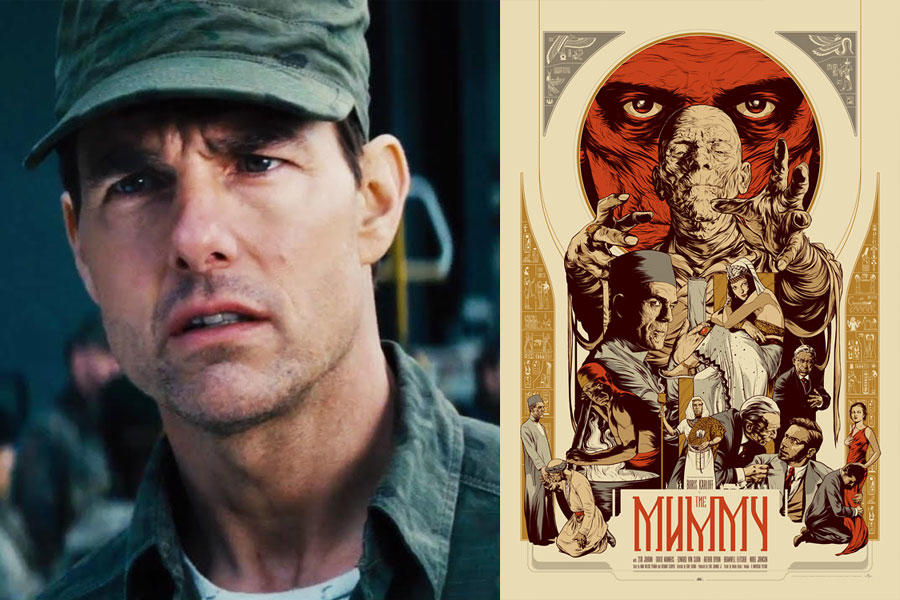 Last December reports emerged that Tom Cruise was circling the lead role in Universal's big reboot of The Mummy, only there was no official confirmation. Some reports said it was a total rumor, others said there was truth to it but that it was far from a done deal. Whatever the case was a month ago it has now become official: Tom Cruise will indeed star in The Mummy.

Now that the paperwork is done to land the Mission: Impossible star a potential new franchise, The Mummy has also landed a new date. It was originally set for a March 24, 2017 release, but now it's moved out a few months to make the Cruise deal possible and will instead open on June 9, 2017.

So here's what we know so far.

Alex Kurtzman will be calling the shots. The only feature film he's directed to date is People Like Us, but he's best known for being a writer on a ton of big blockbuster movies, like Transformers, The Island, Mission: Impossible III, and J.J. Abrams' Star Trek series. It currently has a script from Jon Spaihts (Prometheus).

Is Tom Cruise playing the Mummy?

No, he's not. His exact role hasn't officially been reported yet, but trade outlets are referring to his character as a former Navy SEAL.

So who is the Mummy?

Sofia Boutella, best recognized as the badass beauty with swords for legs in Kingsman: The Secret Service, will be playing this new version of the Mummy.

Once again we don't know yet, but if it's anything like the original 1932 film, it'll be about an ancient Egyptian priest who reappears in modern day and uses powers to resurrect a dead lover. Since they're already changing things up and making the Mummy a woman this time around, it may just be the case that Sofia Boutella's character ends up trying to put the soul of her dead lover into that of Tom Cruise, but it really is just too early to tell.

Is it a period piece?

No, this is one of the few things we know for sure. It will be set in present day, though you can probably count on a flashback or two to Boutella's days in ancient Egypt.

Will it have anything to do with the Brendan Fraser Mummy movies?

Nope, this is another guarantee we've had for a while. It will be set in the present day. But, if you are feeling nostalgic, here's a reminder of what those movies were like.