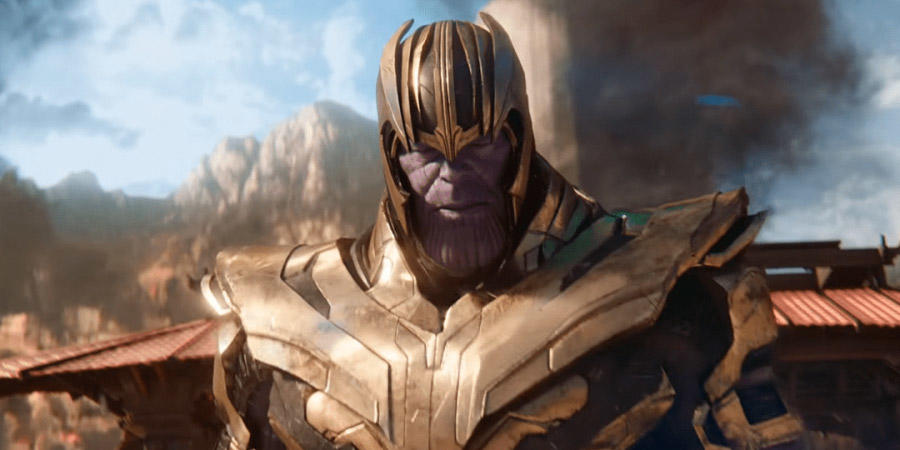 Franchise Recap of the Day:

Avengers: Endgame hits theaters in one week. Are you ready? Do you remember what’s happened up until this new installment of the Marvel Cinematic Universe? If not, editor Clark Zhu has compiled a recap of just the events of the movies in Phase 3 of the MCU. As a reminder, this section of the franchise begins with Captain America: Civil War and includes eight more pieces through Captain Marvel. Watch it here:

Movie Recap of the Day:

And if you want more detail on what happened in the precursor to Endgame specifically, the gang at How It Should Have Ended guide us through the events of Avengers: Infinity War with hilarious expositional re-dubbing of the characters’ dialogue. They’ve even managed to make the mass Marvel superhero deaths at the end a little less heartbreaking:

Character Recap of the Day:

Now, if you want just a reminder of one MCU character’s arc, Star-Lord is someone worth focusing on before the release of Endgame. Especially if he’s one of the heroes who’ll be resurrected. This is a musical treat from Aaron Fraser-Nash set to the tune of The Jackson 5’s “I Want You Back” and focuses on the character’s appearance in the first Guardians of the Galaxy movie:

Superhero Spoof of the Day:

Star-Lord was lampooned quite a bit in that video, but how about the rest of the MCU’s characters? Smosh has you covered, with a funny look at what Marvel’s superheroes — including Captain Marvel, Spider-Man, Doctor Strange, and Ant-Man — plus epic Avengers: Endgame nemesis Thanos would really be like if they existed in our world:

Alternate Dimension Casting of the Day:

While we’re looking back on the MCU’s past, let’s go all the way to the beginning and the movie that started it all: Iron Man. This was before Marvel was even thinking of a cinematic universe, and we have to wonder what might have happened had anyone other than Robert Downey Jr. kicked things off. Here’s IMDb with a reminder of all the actors who almost played Tony Stark, including Tom Cruise and Nicolas Cage:

Fan Art of the Day:

Okay, it’s time to leave the old behind and get on with the new. After seeing the characters meet in the trailer, everyone is excited for more interactions between Captain Marvel and Thor in Avengers: Endgame. While fans wait, one of them drew up some artwork inspired by prospect of the two fighting together, and none other than Captain Marvel star Brie Larson shared it on Twitter:

Cosplay of the Day:

Fans are also hoping to see many characters return in Endgame, including those who succumbed to Thanos’ snap. The Wasp is one such hero, and having her in the sequel would be particularly special since she’s never appeared in an Avengers movie. Surely this cosplayer with an incredible Wasp costume is among those most anticipating the resurrection of Hope van Dyne:

This Wasp Cosplay is ?????? pic.twitter.com/SOiroVfeJW

Easter Eggs of the Day:

Are you all caught up with all the Endgame trailers? And have you spotted all the details you need to know therein? It’s not too late to become properly informed of everything the most hardcore fans know just from the movie’s marketing materials. Here’s Insider with a detailed look at all the Easter eggs and other things you might have missed in the recent Endgame teaser:

Collaborative Artist of the Day:

So many people are instrumental to the production of a movie, and one of the under-appreciated jobs in filmmaking is the music supervisor. Marius de Vries, who filled that role for the new movie Teen Spirit, had the special task of working with star Elle Fanning on her vocal training for her performance as a shy singer in a talent competition. Bleecker Street gives him due recognition in this promo featurette:

VFX Breakdown of the Day:

Jordan Peele’s Us may be a relatively small-scale horror movie, but a lot of visual effect were needed to depict a story about a family and their evil doppelgängers. Insider presents a behind-the-scenes look at how Peele and his crew filmed the scenes in which Lupita Nyong’o, Winston Duke, and the others had to face themselves on screen: