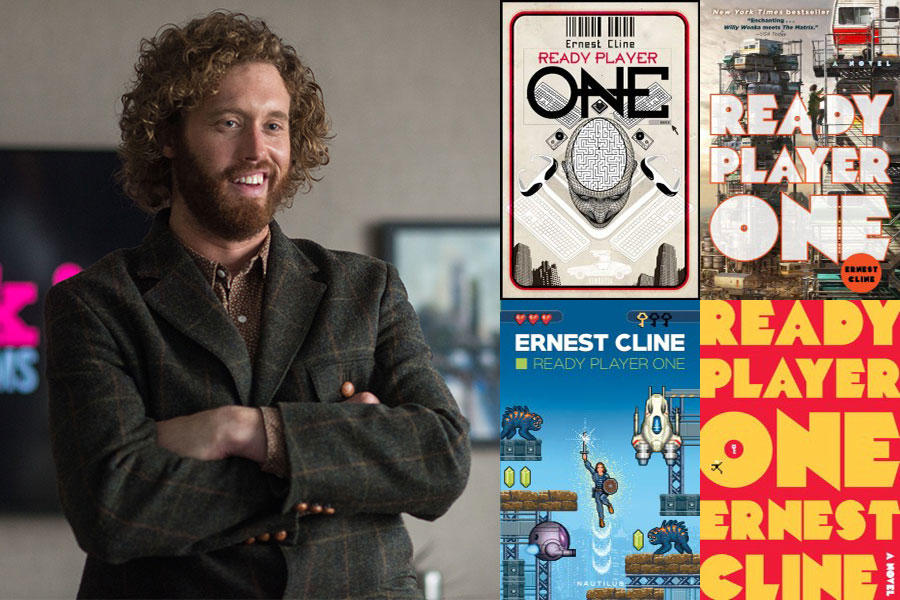 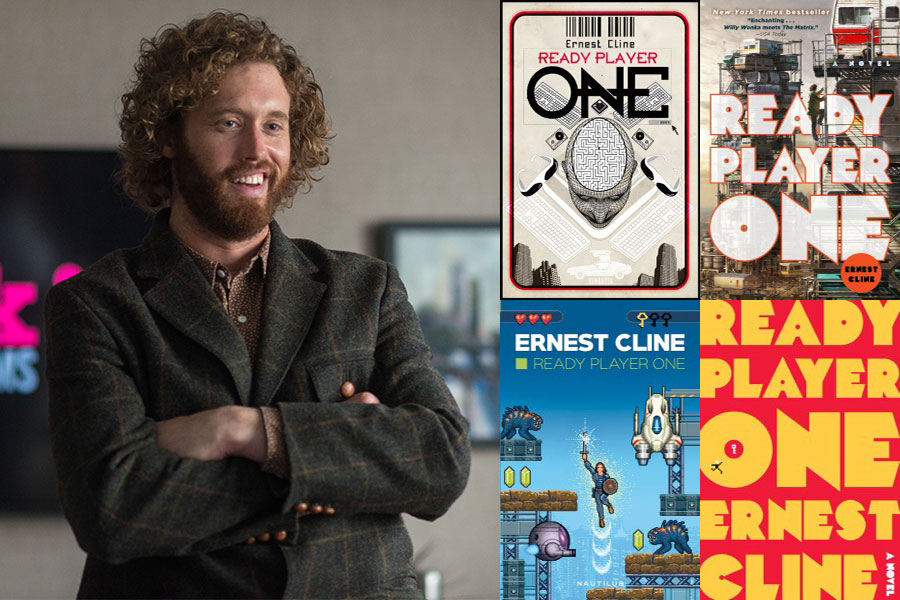 The next year of T.J. Miller's life is going to be very, very interesting. The Silicon Valley favorite will be making his debut as the lead voice of an animated movie with this summer's The Emoji Movie, and then next year he's got Deadpool 2 and Steven Spielberg's highly anticipated Ready Player One.

We recently chatted with Miller about The Emoji Movie (it sounds very different than what you're probably expecting), but we also couldn't help but ask about his role in Ready Player One. If you've read Ernie Cline's book, you can imagine why we're so excited to see what Spielberg does with it. If you haven't, just know that it's a very fun sci-fi story about an adventure that takes place in a virtual reality video game.

Miller revealed to us that he's actually playing the only character that was created just for the movie. And the only thing more surprising than that is the story behind how the Office Christmas Party actor ended up in a Steven Spielberg movie in the first place.

On His Chance Encounters with Steven Spielberg

"So, I have a really weird life. Steven Spielberg and I kind of know each other because I was on a DreamWorks television show really early on in my career. For some reason, he thought I was funny. His wife is a big fan, and her name is Kate also, and both she and my wife Kate are mixed-media artists, so there’s all these weird things where I’d run into him in New York or see him at things.

"And so Spielberg himself was like, ‘Let’s put T.J. in Office Christmas Party. Let’s see if he can be at the center of a film.’ It was almost like a movie-star screen test. It was really weird. And I thought that script was good and the cast was awesome. People love that movie. It’s great. It’s like She’s Out of My League. People f***ing love that movie. It’s a great holiday movie and a great hangover movie to turn on television and just start watching. So once the dailies started coming in for Office Christmas Party it was almost like he was like, ‘Bring him to me!’ He’s the king of Hollywood, so he can say ‘Bring him to me! I want to see him in person and work with him and see for myself if he’s the real deal.’

"So, he brought me to England and they wrote this part."

On the New Character Created Just for Him

"I’m not in the book. Some plot points are different, but I’m the only new character. I play i-R0k and basically I am a funny, or at least mildly amusing, Boba Fett. In the OASIS, I am a better player than Aech or Daito or any of those guys. I am sort of unequivocally the best bounty hunter, but I work freelance. While all the Sixers work for IOI and Sorrento, he has to commission me and I get an incredibly high fee to either find people and kill them or make them starve in the game.

"My character in the movie wants to be Boba Fett. Like that’s his hero, his idol, which isn’t far off for many Star Wars fans, myself included." 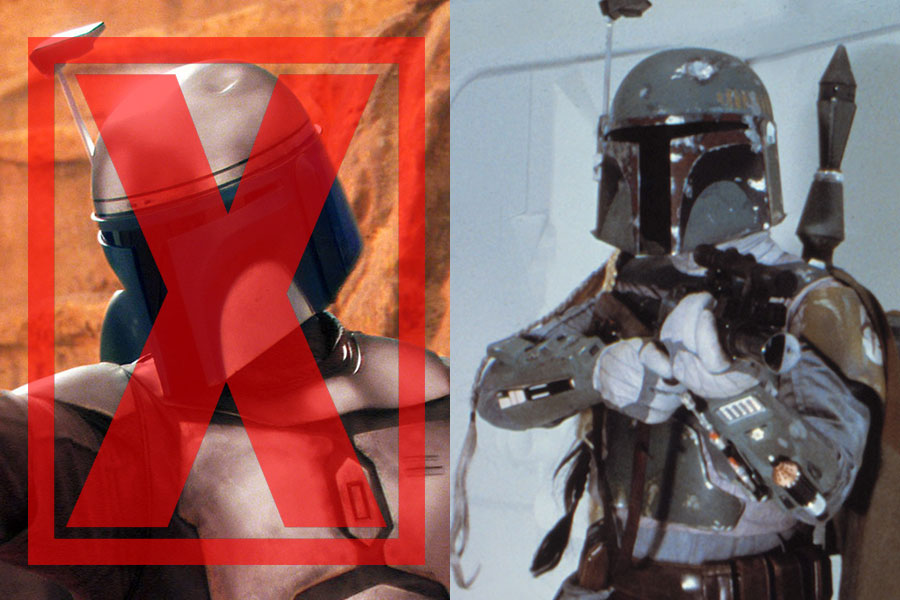 On Getting His Boba Fett Right

"I actually mimicked Boba Fett’s voice. And in the original Star Wars he only ever speaks four or five times in the movies, so I could only learn from ‘What about me? He’s no good to me dead.’ And then ‘As you wish.’ And I used the British actor’s voice instead of the f***ing Australian’s from the prequels – Lucas, you son of a bitch! – and so, I think it’s actually a really fun character."

On the Coolest Thing About Ready Player One

"While I’m positive that acting will be good and I like all the people he got – even though they’re younger kids – nothing in the world will have ever looked like this. Basically, it looks like a video game when not in the real world. And because it’s Steven Spielberg, it looks better than any video game on the market. Because of his access and resources, Gears of War and f***ing Call of Duty can’t even touch it. I think they’re inventing new technology for it. So, yeah, I’m excited for 2018." 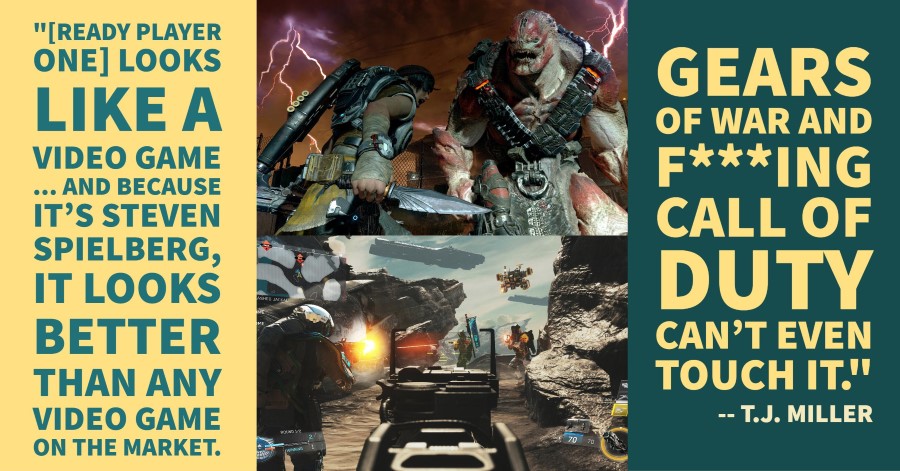 On Marveling at the Way Steven Spielberg Works

"He’s just the most positive, childlike, excitable, brilliant person. And he never says anything negative, ever. He never goes, ‘I don’t think it should be like this.’ He never says that. He only says positive things, using words like, ‘A little more color to the voice.’ Just suggestions, and the second you get it right, he’s like ‘Yes! Print that one! That was great! Let’s do another for safety, and we can do one more for you if you’d like, but I think we’ve got that.’

"What that does for actors is make them feel like they’re not doing anything wrong, and suddenly you can get them to do everything right. And I’m not really an actor, so I feel like I’m sort of in a strange land, so watching him work with the other actors I was like, ‘Holy f***ing s**t.’ Because I’m there to do the comedy, right? I just did this movie with Vincent Cassel and Kristen Stewart called Underwater, and it’s a real deal thriller, and I’m just there to do jokes, folks."

"I hope you like The Emoji Movie. And if you don’t, I don’t give a s**t because it’s not for you, it’s for children."