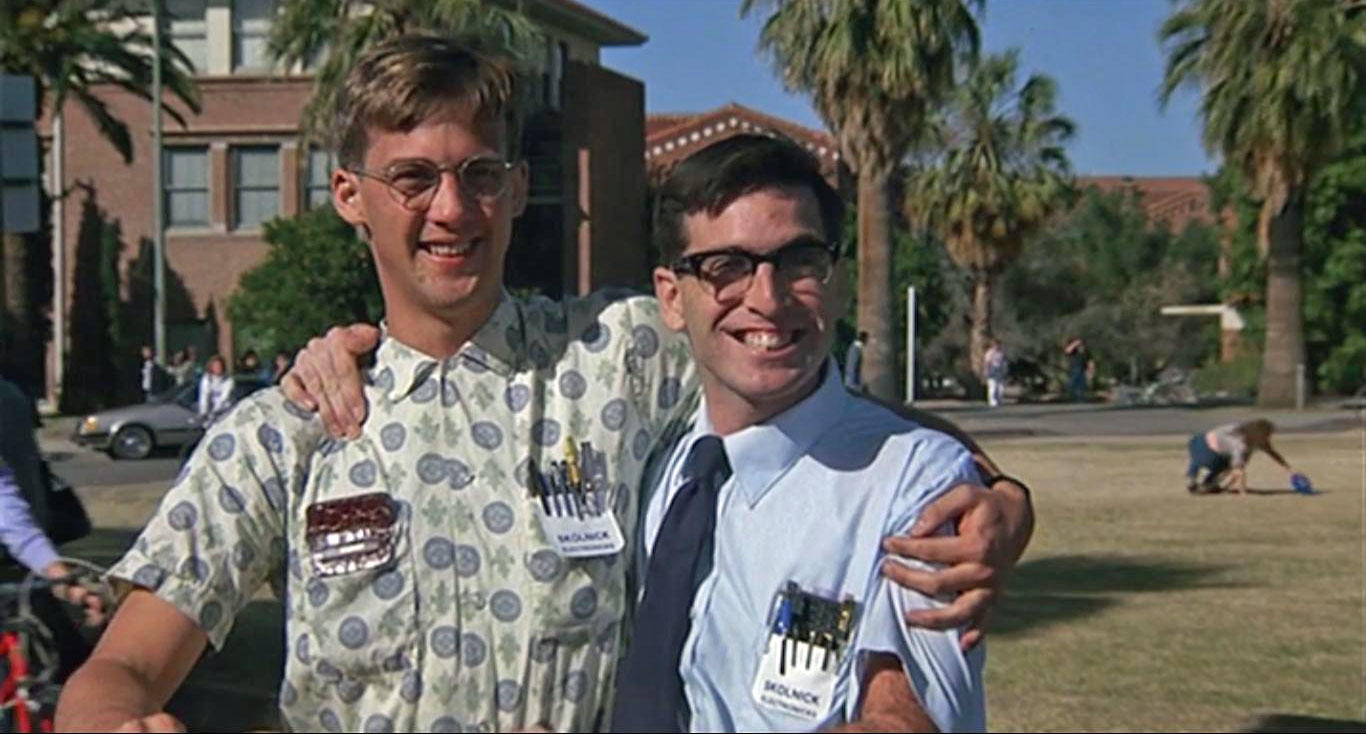 This Week in Movie News: ‘Revenge of the Nerds’ Rebooted, Chris Pine to Star in ‘Dungeons and Dragons’ and More

Return of the ‘Nerds’: Twin comedians The Lucas Brothers will co-write and star in a reboot of the Revenge of the Nerds movie franchise. Variety reports that Keith and Kenny Lucas (22 Jump Street) are working with Seth MacFarlane (Ted), who will produce the modern incarnation, which does not aim to remake the now-controversial hit 1984 college comedy. The original followed a fraternity of outcasts in a rivalry with their university’s jocks.

Chris Pine to play Dungeons and Dragons: Fans get to see Chris Pine in Wonder Woman 1984 in one week, and now they can also look forward to him starring in another blockbuster franchise. According to Variety, the Star Trek actor is in negotiations to star in Paramount and eOne’s adaptation of the classic role-playing game Dungeons and Dragons. Game Night directors John Francis Daley and Jonathan Goldstein will be at the helm.

Quintessa Swindell is DC’s Cyclone: Speaking of actors in the DC Extended Universe movies, newcomer Quintessa Swindell (Netflix’s Trinkets) has joined the cast of Black Adam. According to The Hollywood Reporter, the actress will play the DC Comics character Maxine Hunkell, otherwise known as the wind-manipulating superhero and Justice Society of America member Cyclone, opposite Dwayne Johnson in the titular role.

Yahya Abdul-Mateen chases Ambulance: Rising star Yahya Abdul-Mateen, who is also a DCEU actor, playing the villain Black Manta in Aquaman, has been cast in the next Michael Bay movie. According to The Hollywood Reporter, Abdul-Mateen is partnering up with Jake Gyllenhaal in Ambulance as an on-the-run duo who steal the titular medical vehicle not knowing there’s a paramedic (Eiza González) and her critical patient in the back.

Naomi Ackie to portray Whitney Houston: Star Wars: The Rise of Skywalker actress Naomi Ackie will lead the biopic I Wanna Dance With Somebody, about popular music icon and The Bodyguard leading lady Whitney Houston. According to The Hollywood Reporter, Ackie will portray the singer, who died in 2012, under the direction of The Photograph helmer Stella Meghie with a script by Bohemian Rhapsody screenwriter Anthony McCarten.

Ben Affleck leads Houdini movie: Speaking of biopics, The Way Back star Ben Affleck has been cast in a lead role in Houdini, about the famous magician Harry Houdini. According to The Hollywood Reporter, Dan Trachtenberg (10 Cloverfield Lane) will helm an adaptation of the nonfiction book The Secret Life of Houdini: The Making of America’s First Superhero, which details Houdini’s work as a secret agent. Affleck will not play the titular role.

Florence Pugh is The Maid: Another book being adapted for the screen is Nita Prose’s debut novel The Maid, and Florence Pugh has been cast in the lead, which is the titular role. According to The Hollywood Reporter, the Oscar-nominated Little Women actress will play a hotel maid who discovers a body in one of the rooms and sets out to solve the mystery of his murder. The novel has been compared to the work of Agatha Christie.