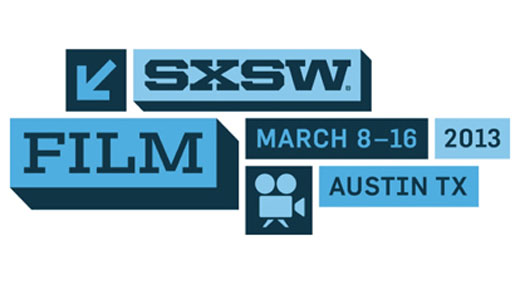 Each year thousands of movie, music and tech nerds descend upon Austin, Texas for one of this country’s greatest annual festivals: South by Southwest (a.k.a. SXSW). It’s one giant, awesome event that began as a music festival and eventually evolved to include both a film festival and a tech-y interactive festival. You can find out tons more about the music and interactive portions on their official website, but for starters, here are the movies playing there (and likely soon to a theater near you) that people are buzzing about. And if you're going, we have the panels and parties you need to get into.

The Five Most Buzzed-About Movies

The Buzz: This kinda-sorta remake of Sam Raimi's 1981 horror movie is so sure of itself they've come out with the tagline "The Most Terrifying Film You Will Ever Experience." The 2013 version, about five friends who discover the Book of the Dead while staying at a remote cabin, promises to be one of the goriest movies of the year when it hits theaters on April 5 after premiering at SXSW.

The Buzz: If Jim Carrey and Steve Carell as a pair of over-the-top rival magicians doesn't seduce your silly side, then you might need to see a doctor. Tack on Steve Buscemi, Olivia Wilde, Alan Arkin and James Gandolfini, and SXSW's opening night film should have folks rolling in the aisles.

The Buzz: Director Joe Swanberg (LOL, Hannah Takes the Stairs) comes to SXSW with what is perhaps his most star-studded film to date (with Olivia Wilde, Jake Johnson, Anna Kendrick and Ron Livingston), about a pair of co-workers whose relationship begins to blur the line between “friends” and “more than friends.” Think of it as a hipper and more indie-centric Friends with Benefits.

The Buzz: You’re Next may be this year's Cabin in the Woods,  a clever horror film that puts a fun, unique spin on the whole home invasion genre. The film played like gangbusters when it first premiered two years ago on the festival circuit, but with an August release date looming, the film invades SXSW and moviegoers cannot wait.

The Buzz: Halloween is most definitely a time for scary movies, but what’s missing these days is a movie about what makes Halloween so special to all of us. This adorably rad-looking coming-of-age movie follows one Halloween-obsessed teenager who can’t seem to let go of his childhood as he transitions into adulthood.

It’s almost impossible not to mention these two movies because they’re two of the craziest playing the fest. Big Ass Spider is about exactly that: a big-ass spider that attacks the city of Los Angeles. Meanwhile, in the horror-comedy Milo, a man with stomach issues learns he has a demon living in his intestines. Yeah, something tells us Pepto-Bismol won’t help with that.

Also keep your eyes and ears open for word on Some Girl(s), The Bounceback, Zero Charisma, Don Jon’s Addiction, Before Midnight, Rewind This and Hours.

The Five Most Buzzed-About Panels

SXSW isn’t just about watching movies – there are also a ton of really cool panels taking place alongside the movies featuring some wickedly talented people. Here are the five we’re looking forward to most.

What It’s About: Of course we're excited about this one. Our own Chief Correspondent Dave Karger leads this panel featuring some of our favorite film pundits discussing all the insider tips, strategies and advice you can use to maximize your time at the film fest. Want to know what to see and where to be? These folks have all the answers.

What’s It About: Stop by this intriguing conversation for all the dirt on Danny Boyle’s (Slumdog Millionaire) latest movie Trance, then stick around for more useful nuggets of film-geek knowledge from one of the most sought-after filmmakers working today.

Following his work on The Avengers, Joss Whedon made a contemporary Shakespeare adaptation that he directed in only 12 days. Join him and his cast as they discuss making the movie, plus we wouldn’t be surprised if fans manage to slip in one or twenty questions about The Avengers 2.

What’s It About: See if you can beat Chuck on his mind-bendingly encyclopedic and totally useless knowledge of ‘80s stars, directors and movies, from Starman to The Hidden.  Winners who outwit the editor will receive a pair of free movie tickets courtesy of Fandango, while supplies last.

There aren’t many actors working in Hollywood who are as charismatic as McConaughey, and this conversation should produce some fascinating (and hilarious) information from the Texas native.

The Five Most Buzzed-About Parties

Texas is all about BBQ, so we’re crushin’ hard on this party featuring some tasty grub from some of Central Texas' best BBQ establishments.

One of the great things about SXSW is how accessible the parties are. Their opening night party is always a good time, and all you need to get in is your film badge and an empty stomach.

That’s right, we here at Fandango always know how to throw a good party, and this year we’re combing the worlds of film and interactive for what’s bound to be one of the most talked-about parties of the festival.

If you’re the type who love to mingle with the folks behind the camera, then the Canon party is a great place to do that. Stop by and pick the brains of many of the fest’s directors, cinematographers, producers and digital content gurus.

Yes, SXSW is so cool it even has an intermission party in the middle of the festival! This is a great party to attend because it takes place at the end of the film portion of the fest, but at the beginning of the music portion, meaning you’ll get to hang out with some pretty hip folks and the tunes are bound to be jammin’.

So there you have it – our picks for the best movies, panels and parties at this year’s SXSW Film Festival. Keep checking back for news and updates over the next week, and definitely let us know what you’re looking forward to seeing the most.