'The Mummy' Director Alex Kurtzman Explains the Film, Its Characters and the Monsters We May See Next

On June 9, Universal will release The Mummy, starring Tom Cruise, which is the first film in what will likely become a new cinematic universe for the studio's library of classic monsters. A stark and welcoming departure from all of the interconnected superhero movies, The Mummy offers up a unique experience that's part action, part horror, part adventure and just an all-around thrilling experience at the theater.

With tickets for The Mummy now on sale, Fandango had a chance to unravel some of the film's many layers with its director, Alex Kurtzman, a lifelong fan of Universal's monsters who leapt at the chance to have an integral role in shaping The Mummy, as well as future monster movies.

"What I have always loved most about Universal's monsters is that they all reflect some aspect of who we are that we tend to want to not think exists," he said. "They're a mirror for us in a lot of ways, and I think that's why they've endured for so long."

So what should you know about The Mummy before heading out to see it?

Thought safely entombed in a crypt deep beneath the desert, an ancient princess (Sofia Boutella) whose destiny was unjustly taken from her is awakened in the modern era, bringing with her malevolence grown over millennia and terrors that defy human comprehension.

Read on for more from our conversation with The Mummy director Alex Kurtzman... 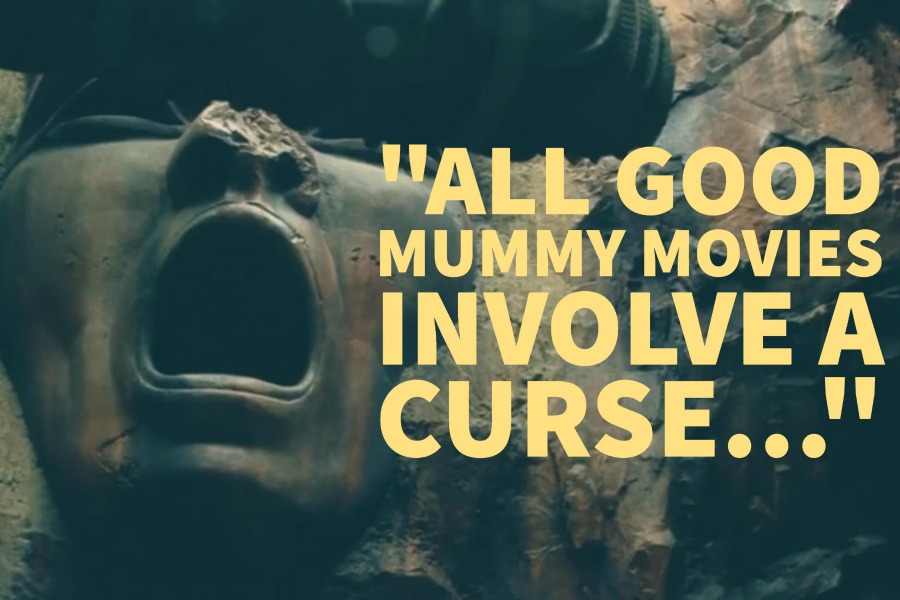 First of all, how is this different from the previous Mummy movies from the '90s?

Alex Kurtzman: I think that the '90s Mummy existed in a very different time in film. It was kind of a swashbuckling, laugh in the face of danger tone to it, and there's a lot of humor in our movie, but it's very, very different tonally. It's much more grounded in the real world. I mean, first and foremost, it takes place in modern day. I think the experience that the movie offers is what would it be like if a 5000-year-old monster came to the modern day. What would that look and feel like? What would it look life if she were walking down the street?

So who is Tom Cruise playing, exactly? 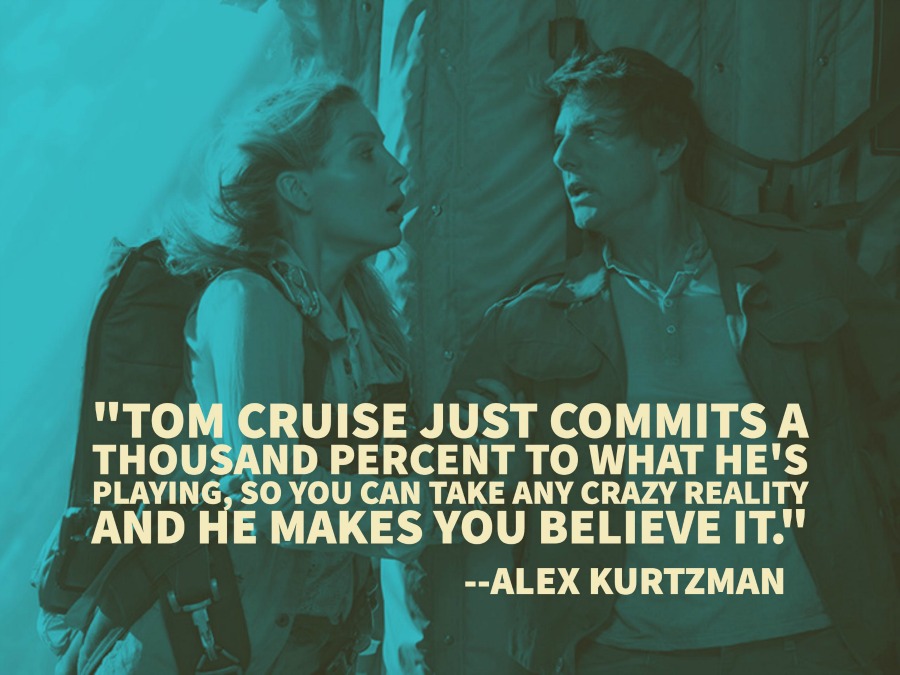 Kurtzman: All good mummy movies involve a curse. Tom has a very long history of playing very, very flawed characters who come to understand something about themselves based on the mistakes of their behavior. Nick, Tom's character, unearths the mummy as a result of being selfish and being morally corrupt, and now has to pay the price. I think that it's a really fun journey to watch his character go through that. Tom [Cruise] just commits a thousand percent to what he's playing, so you can take any crazy reality and he just makes you believe it.

Is Cruise one of the monsters?

Kurtzman: You'll have to see the movie to find out!

Kurtzman: Russell plays Henry Jekyll, and I didn't want to put Henry Jekyll in the movie just to throw monsters together. There's a very specific reason he's in the film. In some ways he acts as a mirror to what Tom's character is going through. He introduces us and Tom to a larger world of gods and monsters that exist all around us, but that very few people understand. He's obviously uniquely qualified to understand that and explain it to us, because he himself, you know, if you know the lore, also has a monster inside him.

What about our Mummy, played by Sofia Boutella?

Kurtzman: Sofia brings tremendous humanity to the Mummy. Her soul is in her eyes, and I think that's one of the great gifts that she has, and it's a critical one for the Mummy, because if you look at the original Karloff movie, his eyes were one of the key elements of his power. We play on that quite a bit and I think her presence is amazing.

As for the rest of the main cast...

Kurtzman: Annabelle Wallis brings a wonderful, sweetness, and kindness, and fascination with the Egyptian mythology to the table, and is a great, I think, foil for Tom's character in a lot of ways.

Jake Johnson, who is just one of the funniest people on the planet, is also a great person to put with Tom because you kind of haven't seen Tom with anybody like that before. I think that's the fun of it, watching him with Jake who's a goofball -- it's just a joy.

On what separates the "Universal Monsters" from other monster movies

Kurtzman: What I love about the Universal monster movies is that they are a genre very much unto themselves, and yet there are elements of horror, but it's the only genre where you both fear the monster and fear for the monster. That is a really unique emotional experience that is specific to those monsters, so my childhood was all about the terror of watching the Mummy come to life, but then coming to understand that what the Mummy really wanted was to be reunited with his lost love.

It was watching Frankenstein be exiled from society, and be cast out as an outsider when all he wanted to do was connect. I think it speaks to a humanity that the monsters have always reflected in that. That was really what I wanted to capture first and foremost, was a connection to the monster, because the more you connect with them the more they can scare you, I think.

On the film's wild airplane sequence shot in zero-g

Kurtzman: The thing that is so wonderful about working with Tom is that he constantly challenges everybody to create an experience for the audience that they've never had before. We started that sequence going, "Okay. We're going to shoot this on a rotisserie set, which is a basically a rotating set," and the first thing he said was, "Yeah, great. We're going to do that, but we're also going to do it for real." I went, "What?" And he said, "Yeah, we're going to do it for real." And he told me all about the Vomit Comet, as they call it.

It was an incredible experience because the idea was to try and play the scene with almost no cuts. You know, audiences are very smart and they're very attuned to CG, and they can really tell when something doesn't feel right. One of the hardest things to accomplish in CG is hair. Hair in zero gravity in CG just looks like fake hair, so we wanted the randomness of the movement and the utter reality of it to be able to do a take where you just didn't cut camera, and we got it. That was very, very exciting, to be able to do things like that with Tom. That is what the challenge and the joy of working with him is that you never really know what to expect next, but you certainly know that whatever it is, it's going to be a massive experience for everybody involved.

Should fans look out for Easter eggs?

Kurtzman: There's definitely some Easter eggs. There's been a lot of conversation about building the monster universe, and to me, the only way to do that is by not focusing on building a universe, but by delivering a great individual monster movie. If the audience can go and have a great time, and feel that they're entering into an experience that they don't necessarily get in other big franchises, then great. Maybe they'll want to come back and see more.

Kurtzman: I can only approach the storytelling of these kinds of things the way I would want to see it as a viewer, and I tend not to like having mass amounts of characters shoved down my throat before I have a specific emotional relationship to the characters themselves, you know. It's very hard to get to know them in a group.

We live in a world now where Marvel exists, and indeed the DC universe exists, and audiences are primed for that kind of film going experience, so we certainly couldn't ignore that. The key was figuring out a way to do it where it didn't feel like we were borrowing from those movies and trying to apply them to this movie, but in fact bringing a larger than life experience that you can only get in a theater to this movie in an organic way so that it really feels like it has its own identity

Should fans stick around after the credits?

Kurtzman: No, we're not doing that. We're not giving you a post-credit sequence. That's Marvel's domain. We'll let 'em have it.

As for the future monster movies Kurtzman is most looking forward to... 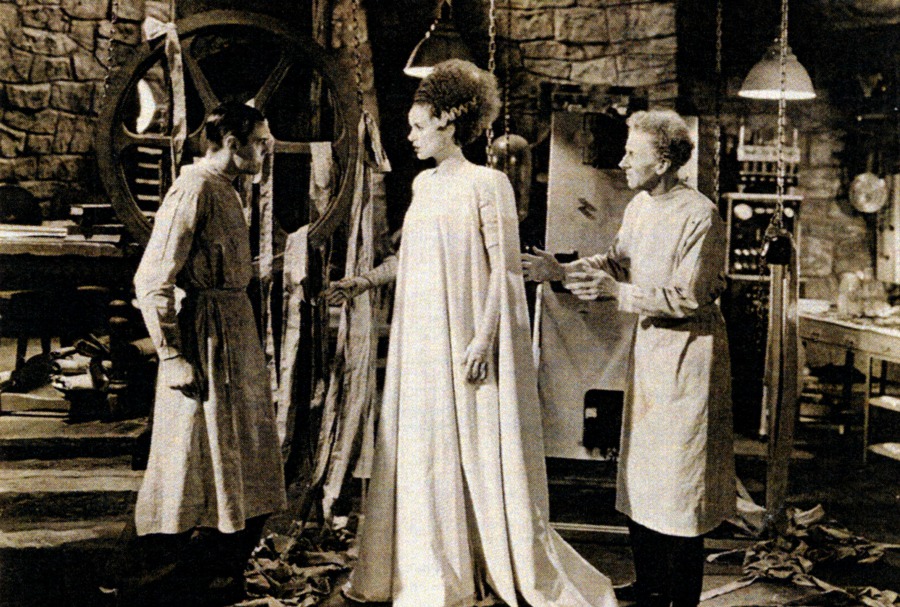 Kurtzman: I'm very excited about Bride of Frankenstein. I think Bride of Frankenstein is a fascinating film on a lot of levels. It is an incredibly weird film, and I think what's particularly interesting, if you watch the [original] movie, the Bride doesn't show up until the last 10 minutes of the movie, and then Frankenstein pulls the lever and then everybody dies. It's very strange. It's an odd, odd movie. Yet, that character and that look have endured for so long, in the same way that you forget that in the Karloff Mummy, he was only in the bandages at the beginning of the film and spends the rest of it in a tunic. 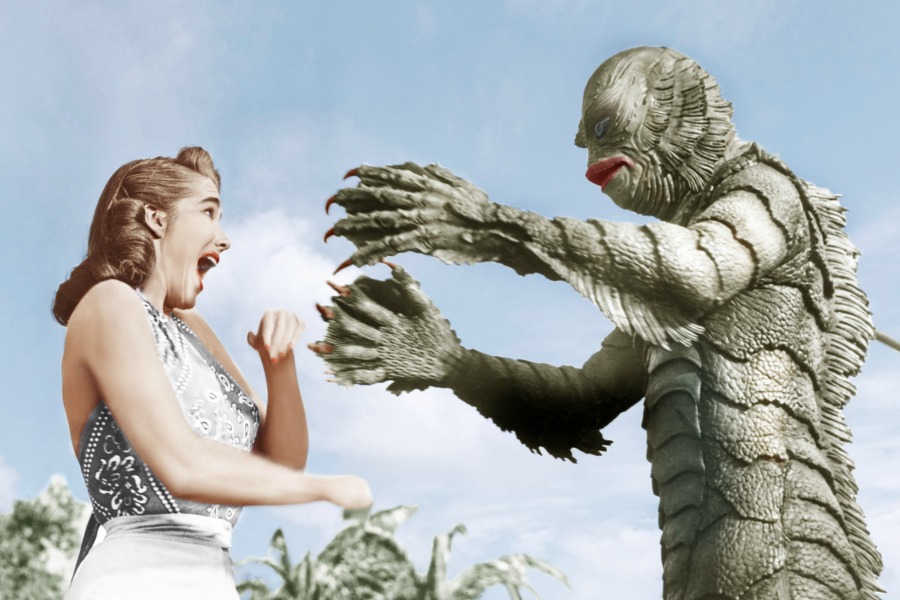 Creature from the Black Lagoon

Kurtzman: I love Creature From the Black Lagoon, because in many ways it was the first action/adventure/horror movie, and it really broke new ground in that way. There was some interesting ecological lessons that the movie was trying to teach you, and it was a very unique thing. Again, that's a creature that is fascinated with this woman, and it's really all about wanting to connect to a human. I think that's very relatable in a lot of ways. That is the beauty of the Monster universe. Each character has a very compelling, moving interest; you just have to figure out how to tell that story.

The Mummy hits theaters on June 9, and you can snag your tickets now right here on Fandango.