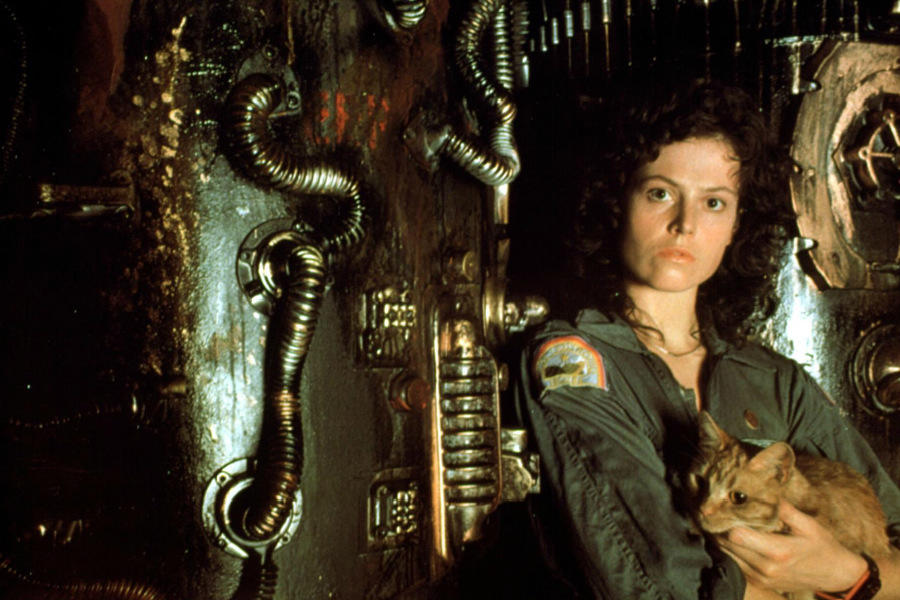 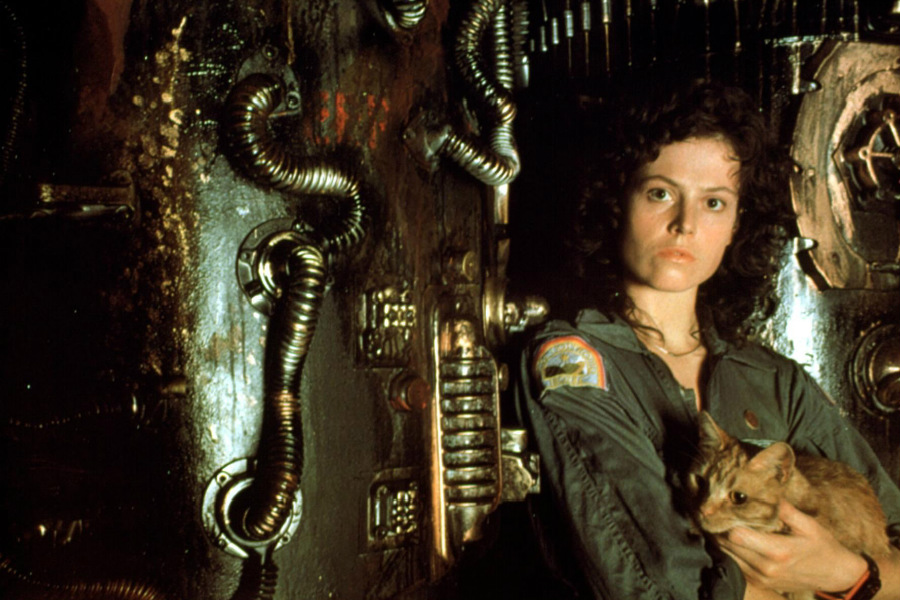 If you've never seen Alien before, we highly recommend you remedy that as soon as possible. It's a science fiction classic that's intelligent and well observed. It's also a horror-thriller that becomes a heart-pounding, flesh-ripping, unforgettably suspenseful experience, right up to its conclusion.

(Here we place the obligatory spoiler warning for those who have not yet seen the movie and/or covered their eyes during all the scary parts, which definitely included the ending.)

After seeing all her fellow crew members fall victim to an alien creature that is relentless in its pursuit of human life on board the spaceship Nostromo, Ripley (Sigourney Weaver) has managed to survive and initiates the process for the ship to self-destruct. Slipping into a small shuttle, she watches the Nostromo explode and breathes a sigh of relief -- until she realizes that the alien is on the shuttle too!

In a new interview with EW, director Ridley Scott says he originally had something else in mind: "I thought that the alien should come in, and Ripley harpoons it and it makes no difference, so it slams through her mask and rips her head off.” Then the alien would use its tentacles to press buttons on the dashboard and "mimic Captain Dallas [Tom Skerritt] saying, ‘I’m signing off.'”

The reaction by the studio was not positive, Scott says: "The first executive from Fox arrived on set within 14 hours, threatening to fire me on the spot. So we didn’t do that [ending].” 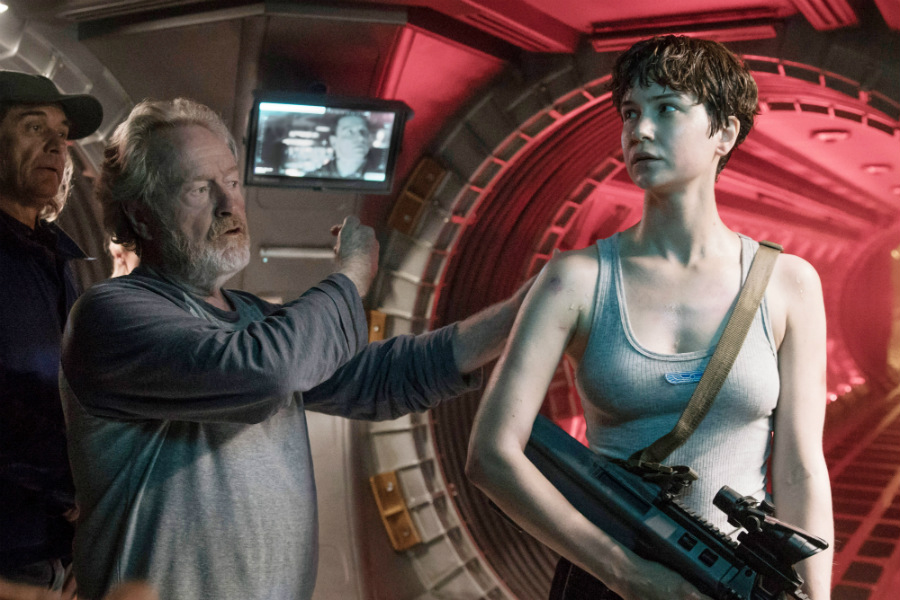 Alien: Covenant opens in theaters on May 19.

Meanwhile, in other Ridley Scott news...

We just heard that Scott is casting his next movie, real-life Getty kidnapping thriller All the Money in the World, with production aiming to begin next month. The filmmaker is also readying the next installment in the Alien franchise and says he's ready to roll on that project next year, pending the reaction to Alien: Covenant.

Now comes word that Scott has added yet another project to his to-do list. The untitled movie will revolve around the historic Battle of Britain during World War II, which took place during the summer and fall of 1940, soon after the epic evacuation that is depicted in Christopher Nolan's upcoming Dunkirk. The battle was fought in the air, as Britain's Royal Air Force defended the U.K. against Germany's Luftwaffe.

Matthew Orton will write the screenplay, according to Deadline. The project is still in its early stages.