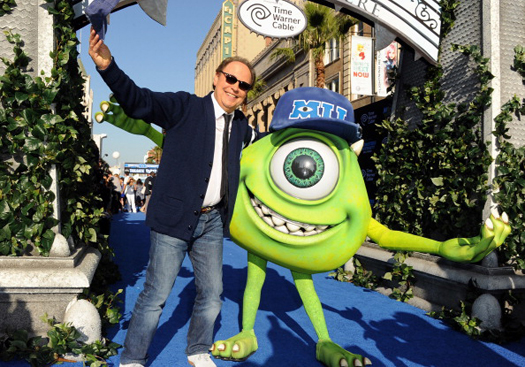 Over the last week or so Hollywood's been teeming with activity thanks to the Los Angeles Film Festival, which opened with Pedro Almodovar's I'm So Excited on June 13 and ended Sunday with a gala screening of Steve Carell's The Way, Way Back. We hit the red carpet to talk to some of the celebs in attendance, including Billy Crystal at the premiere of Monsters University and Michael Cera, promoting his indie film Crystal Fairy.

Billy Crystal on Monsters University prequel vs. sequel: "We talked about following Boo, people wanting to see Boo again, but that was just too obvious. It's like, Peter Pan went back to find Wendy and she was 45 and having hot flashes and it wasn’t good. This gave us the possibility to explore who these guys were."

On his inner monster: "I can't tell you about the little monster in me… because it's a little dirty. He's terrible."

On college life: "Well, I was little bit of a Mike Wazowski, once I found myself in the drama department. My first year, I was pretty shy and withdrawn and didn’t participate in a lot of things. When I got into the theater department and started acting and directing that was a real launching place for me."

Bobby Moynihan, voice of Chet in Monsters University, on which comic superhero he would like to be: "I would be the Thing of the Hulk. There's something I really enjoy about being that gigantic and that gentle at the same time. Being able to jump over buildings and when someone shoots you in the face, you're fine." 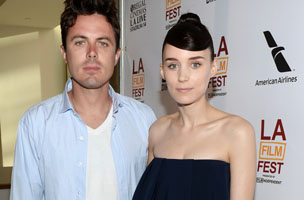 Casey Affleck, Ain't Them Bodies Saints, on Ben Foster and Rooney Mara's performances: "The very first scene that I saw was a scene between Rooney and Ben [Foster] and I was astonished at how believable, subtle and nuance they were and I just thought, 'there is no way that I can fit into that movie.' There was no way; I didn’t want to see anymore because I was really totally blown away. I thought they were so present in the scene and I was totally intimidated and I thought back on all the stuff I had done and I was imagining this beautiful, naturalistic, emotional movie and then [I pictured myself as] that cartoon rooster walking into it." [Laughs]

On his brother Ben Affleck: "We both started out as children doing this, largely because my father was in theater and my mother took us to the theater all the time, so it's not a coincidence we both wound up doing this. When I was younger I would pay attention to every little step of my career, but as you get older you start to recognize patterns. It's nice to see that there are these ups and downs and it doesn’t mean that [Ben is] finished just because he's unhirable for a couple of years and it's nice to remind him of that when he's on top and winning lots of awards. I feel really lucky to not only have him as a brother,  I love him and he's such a smart guy, but also to have him as a friend to navigate the waters of Hollywood, which can be kind of alienating and lonely at times."

Rooney Mara, Ain't Them Bodies Saints, on her summer activities: "I like to read a lot. I don’t spend that much time not working, but I'm not working now and I haven't been doing anything. I like to walk around in different cities. I'm not really recognized. I work on my charity Uweza. It's sort of a Boys and Girls Club in Kenya, at one of the largest slums in East Africa. We have a lot of enrichment programs and after school programs for the kids. It all started when I traveled there when I was 20 or 21 years old and one thing lead to another." 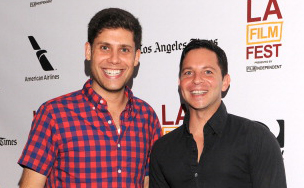 Scott Neustadter and Michael H. Weber, screenwriters for The Spectacular Now, on the inspiration behind the film: "We were always looking for a young adult story that related to us in the way that we remember them. We grew up with The Breakfast Club and Ferris Bueller and we hadn’t come across anything until we read Tim Tharp's novel The Spectacular Now." –Neustadter

"It was honest and heartfelt. There were no witches or wizards, or superpowers and no one got bit by anything and transformed into something else. It was just real teens dealing with problems that a lot of us have dealt with. We don’t know why they don’t make those anymore but maybe this will lead to some more." – Weber

Neustadter on dating advice: "Don’t be afraid to be emotional and honest and just be yourself. You don’t have to do that guy stereotype where you think you're too cool for school." 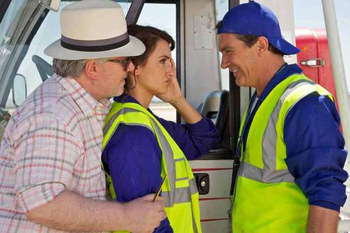 Pedro Almodovar, director of I'm So Excited, on his tribute to the '80s: "For me, at the end of shooting [this film], I realized that it was a tribute that I had made to that decade of the '80s, not to my career, but to the decade of the '80s in Spain.  Spain has changed a lot, for worse, for much worse now.  The whole world has changed, and also I’m 33 years older than I was in the 80’s.  I missed that atmosphere that we lived in, in Madrid of the early '80s."

On Penelope Cruz: "They have changed in the sense that Penélope started off as a 19-year-old and is now 39.  She has a son, and in a few days, she will have a baby girl.  She’s a mother.  She has a husband.  As a woman, she obviously has changed as she has become an adult.  But, as an actress, I actually might say that she has not changed that much.  And she has something great, especially in comedy, and she hasn’t been exploited as much as she could be in comedy, but particularly in that mix between comedy and drama.  She’s got a very special quality about her.  You can place her in very extreme situations, especially very painful situations…and sometimes, the deeper and more human that pain is, the better she is at it.  Fortunately, she continues to be a gorgeous woman, and the camera loves her, and I do, too."

On Antonio Banderas: "Antonio, of course, started with me, and the kinds of characters that he played, that we did together in the '80s, were these very crazy characters mostly determined by their passion.  And so, unlike my Penélope, once Antonio came to the United States and started making movies here in the States, he also moved to the States, formed a family in the States, and in some ways became an American actor and a very successful American actor, whereas Penélope has always kept a foot in Spain and Europe.  She has continued to make European films.  In their relationship with me, they have not changed.  They are exactly the same people since the first time that I met them.  It’s the same with Antonio.  When we are together, he reacts to everything in the same way that he did 30 years ago when we first started." 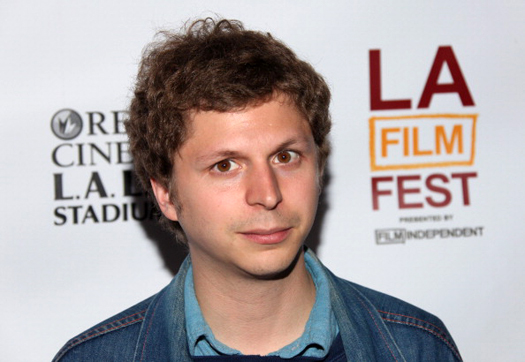 The Heat vs. White House Down: "Hmm… that's tough. I don’t know those are both things people like. Let's do a tie for the first time in history."

Despicable Me 2 vs. Lone Ranger: "Is that with Johnny Depp? Let's go with Lone Ranger."

Grown Ups 2 vs. Pacific Rim: "Grown Ups 2? Didn’t that happen already? Oh, no. OK, let's go with Pacific Rim. I'm just going to go with my most anticipated out of the two."

Elysium vs. We're the Millers: "Let's say Gravity. [Laughs] It's just going to sneak up. It's not even supposed to come out that weekend but it's going to pound both of those."

On comic books and superhero movies: "It's never been a passion. Those movies to me are kind of boring. There's only one story being told over and over… with a variation on the superpower. They work for what they are."