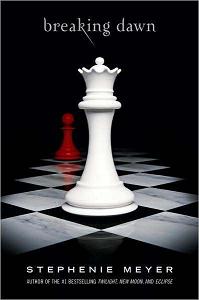 C'mon, it was bound to happen at some point. According to TMZ, a 21-year-old girl named Jordan Scott claims Twilight author Stephanie Meyer plagiarized her 2006 book The Nocturne after finding too many similarities in Meyer's 2008 book Breaking Dawn, which was the final installment in her ridiculously popular Twilight series.

Scott, who began writing her book at the age of 15 (!), claims – through a cease-and-desist letter filed by her publisher – that there are a number of coincidences in the plotline of her book and Breaking Dawn, including a post-wedding sex scene, a scene with the death of a main character and a scene where a woman is sick because she's carrying a baby with evil powers. Scott also claims the dialogue in all of these scenes is very similar to the stuff she thought up years prior to the release of Breaking Dawn.

Meyer's rep issued the following response: "The claim that 'Breaking Dawn' by Stephenie Meyer somehow infringes on an alleged book by someone named Jordan Scott is completely without merit. Neither Stephenie Meyer nor her representatives had any knowledge of this writer or her supposed book prior to this claim."

I'd give Meyer's the benefit of the doubt here, though I suppose it's up to the judge to decide whether she really did rip off Scott's ideas. What do you folks think is going on here? Are we looking at an unknown author seeking out her own 15 minutes of fame, or a real case of plagiarizing?

Scoop This: Bettany as 'Priest', the New Mad Max and Katie Holmes in 'Sex and the City 2'

Scoop This: Bettany as 'Priest', the New Mad Max and Katie Holmes in 'Sex and the City 2'