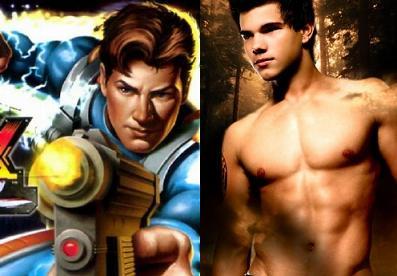 Taylor Lautner: Our Next Big Superhero?

Get ready to Twi-harder ladies and gentlemen, because everyone’s fave shirtless teenage ab machine may be adding superpowers to his other-worldly repertoire. After crashing onto the scene as a werewolf-in-love in New Moon, Taylor Lautner may now be gearing up to take on what could be a completely different franchise in the character of Max Steel. 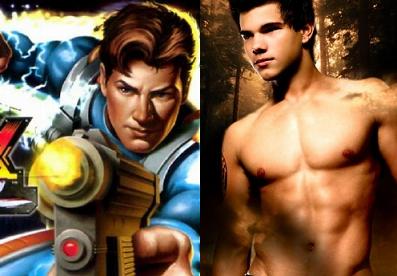 Based on the lucrative Mattel toy line that eventually spawned an animated series, Lautner’s name is currently circling the lead role of Josh McGrath, a 19-year-old extreme-sports fanatic whose body accidentally becomes fused with nanotechnology, which then gives him superhuman abilities like enhanced speed, superior strength, cloaking and invisibility. Paramount (the studio developing Max Steel into a major motion picture) likes Lautner not only because he’s a hot up-and-coming actor, but also because his turn in the Twilight films will automatically help draw more females to theaters – which, when it comes to superhero movies, is a very big deal.
Nothing is set in stone yet, as Lautner’s reps are still looking for the right project to take on. The actor’s schedule is currently free through the filming of The Twilight Saga: Breaking Dawn, which may or may not happen this summer.
Would you like to see Taylor Lautner play a superhero? Sound off below …
Like it? Share it:

Scoop This: Williams as Marilyn Monroe, Spielberg Ditches ‘Harvey’ and Best Trailers of ‘09

Scoop This: Williams as Marilyn Monroe, Spielberg Ditches ‘Harvey’ and Best Trailers of ‘09