If you're going to reveal a new poster for a franchise that Man of Steel director Zack Snyder is attached to, this would be the week to do it. While the Internet is being deluged with Superman interviews, clips, trivia and so on, here's a look at the latest poster for 300: Rise of an Empire.

Of course, the first 300 movie starring Gerard Butler helped launch Snyder's career. While Snyder isn't directing this sequel, he is on board as a producer and the presence of this poster has us wondering if a teaser trailer could be arriving some time this week. If there is, we'll have it for you.

For now, check out star Rodrigo Santoro posing in front of a massive blood-tinged wave. Click the poster for a larger version. 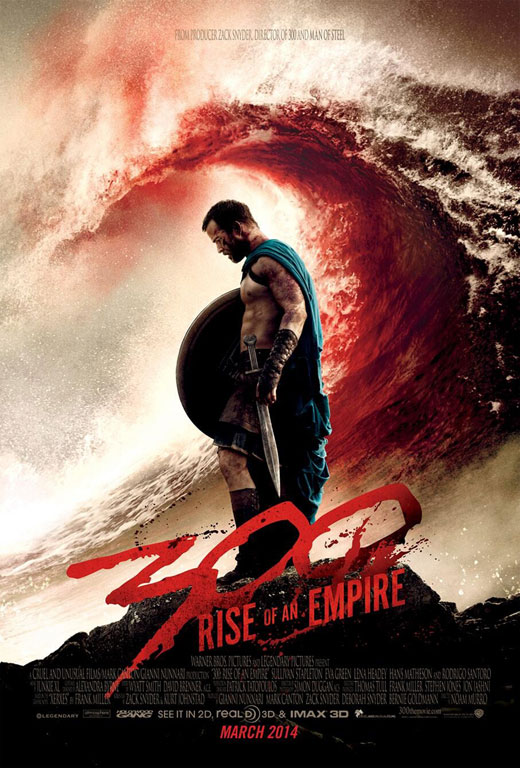 The Many Suits of Superman, Evolution of the 'S' and a Spoiler-Free Review Answers 10 Burning Questions

The Many Suits of Superman, Evolution of the 'S' and a Spoiler-Free Review Answers 10 Burning Questions