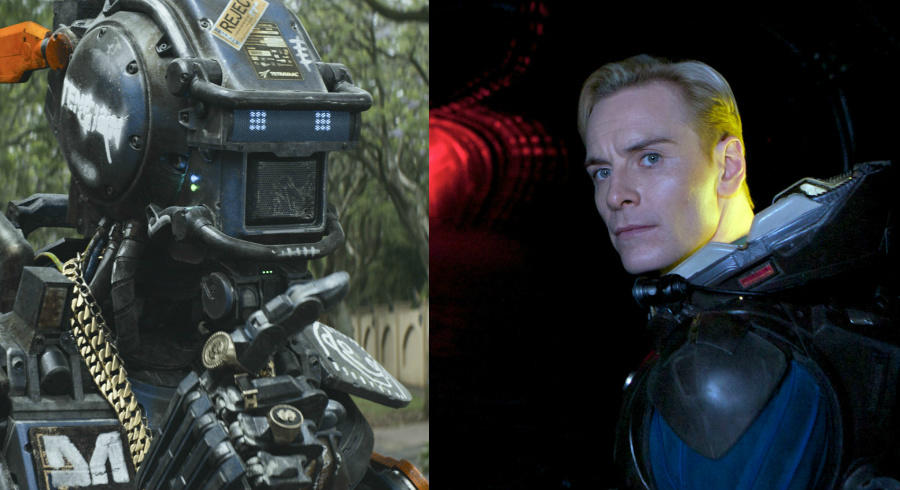 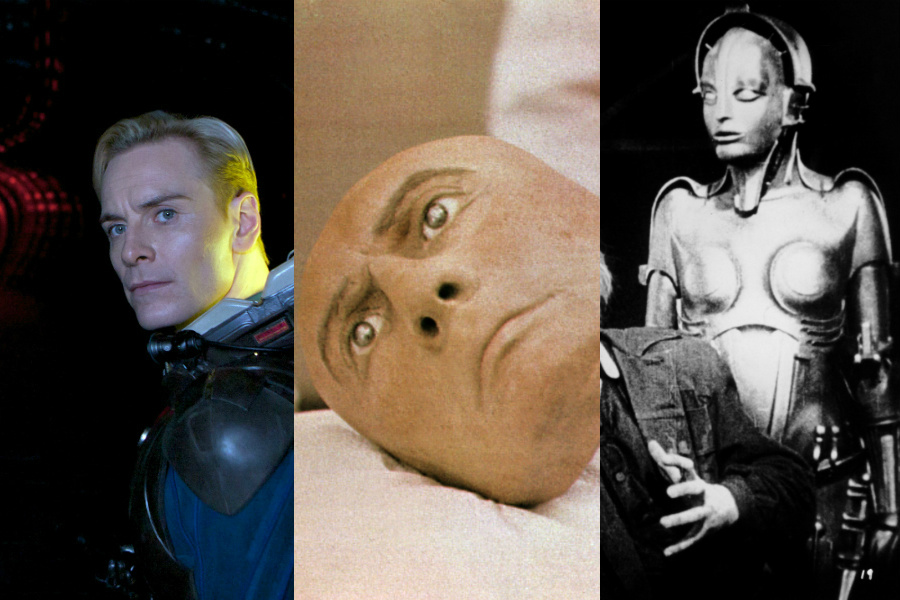 We love robots! They're shiny and bright, but also strong and resilient, which, oddly enough, makes them the perfect fodder for unexpected uses in horror movies. Robots are the unknown factor: will they side with the good guys or the bad guys? Will they be protectors or assailants?

The first notable movie robot appeared in Fritz Lang's silent classic Metropolis, way back in 1927. That particular "female" robot proved to be quite duplicitious and horrifying. Through the next few decades, robots were depicted as the strong, silent, and trustworthy type, until Stanley Kubrick's 2001: A Space Odyssey showed another side to artificial intelligence. Thereafter, robots revealed their sneaky, malicious intentions much more frequently, as these examples demonstrate.

Like Alien before it, Ridley Scott's thriller straddles the line between horror and science fiction, but anyone who doubts that Prometheus is a horror movie need only watch the scene in which Noomi Rapace must perform a medical operation ... on herself. Michael Fassbender plays the android known as David, who appears to the human crew to be helpful and inquisitive -- as in the clip below -- until his true mission becomes apparent.

During a typhoon, the desperate crew of a tug boat -- including Jamie Lee Curtis -- boards an apparently abandoned research ship, only to discover some very odd-looking yet malovent robots roaming about. Things only get worse from there.

Oh, the horror -- these robots are so smart that they are used as teachers in high school! When faced with potentially dangerous students, though, they have the bonus of being armed with secret weapons. All is well and good, until the students decide to fight back.

Paul (Matthew Laborteaux) is a rather brilliant young man who, so far, has created a very smart, very protective robot named BB. Unfortunately, BB is blown to bits by an unfriendly neighbor. When his new friend Samantha (Kristy Swanson) faces a life-or-death situation, Paul tries to help with an experiment involving BB's microchip, but soon learns that turning Samantha into a robot has devastating consequences.

Originally titled Killbot, the premise is that a state of the art security system has been newly installed at a shopping mall, featuring three robots that have been programmed to perform the same tasks as human mall cops. A lightning storm transforms the robots into killing machines, however, immediately which endangers the lives of four unwary couples who have sneaked into the mall for the night.

About 20 years before he wrote Jurassic Park, Michael Crichton wrote and directed this movie, also set in a very unusual amusement park that is divided into different "worlds." Yul Brynner is a gunslinger in the Western-themed portion of the park who just happens to be a robot. Something goes wrong, and all the robots start attacking the human guests, which turns a holiday into a horror movie.

Although it's thought of primarily as a cautionary tale of the future, there are definitely horror elements in the movie, especially surrounding the robot that takes on the appearance of the heroic Maria with the intention of discrediting her and furthering the evil aims of the ruling class.