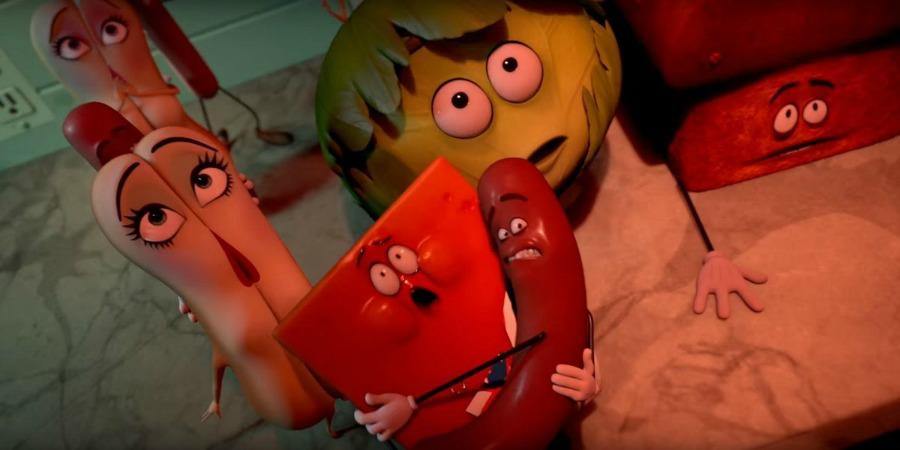 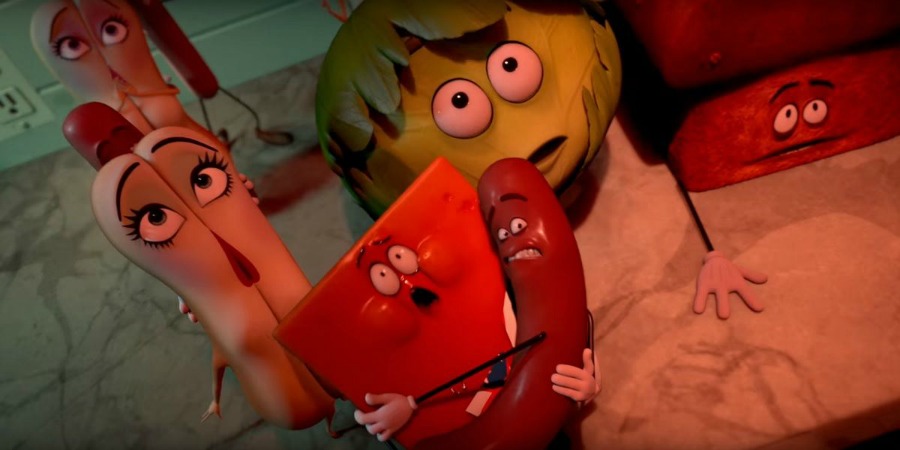 During a Q&A that Fandango hosted following last night's Comic-Con screening of Sausage Party, Seth Rogen confirmed the filmmakers intend to make a sequel to the year's filthiest and funniest animated movie. Rogen added that this was the first time they'd ever made a movie with clear intentions to make another one, and those who see Sausage Party when it hits theaters on August 12 will definitely see where they can take their wildly entertaining story next.

The film, which follows a number of food and product characters from a supermarket whose world begins to crumble upon realizing their destiny is to be eaten and murdered by humans, garnered massive laughs at its Comic-Con screening, following a much buzzed-about work-in-progress screening at SXSW earlier this year.

Rogen, along with cowriter Evan Goldberg and fellow cast members Danny McBride and Nick Kroll (as well as the film's other screenwriters and directors), spent most of the postscreening Q&A breaking down a lengthy sequence towards the end that may go down among the most insanely hilarious moments in animated-movie history... but we'll stop there.

Sausage Party is one of this summer's greatest surprises and what we honestly think is the comedy of year, just for sheer inventiveness. Check out the new R-rated trailer below. Sausage Party hits theaters on August 12.

WARNING: The following trailer is NSFW.