Sequels: Stallone Back for 'Rambo 5,' 'The Ring 3D' Hits Japan and 'Bridget Jones 3' in Trouble? 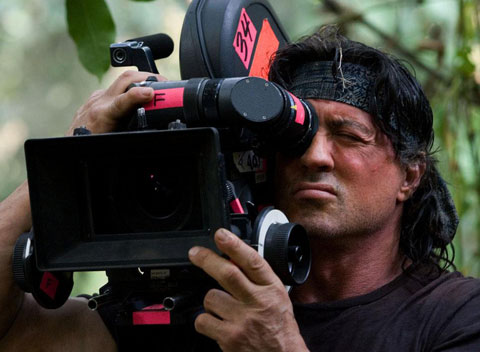 Even though Sylvester Stallone said that he was "99 percent sure" he was done with the Rambo franchise, it appears one tweet has changed everything.
Conan the Barbarian writer Sean Hood recently tweeted that he's working on a Rambo 5 screenplay that is currently on hold while Stallone finishes filming his Expendables sequel.
Stallone is also apparently on board, with Hood adding that Stallone has not decided if Rambo 5 will be an Unforgiven (referring to an old character going on one last job with the help of a young partner) or a passing of the torch.
Rambo finally finding peace is a warm, fuzzy thought, but the fact that Lionsgate is even considering a sequel seems to hint at a continuation of the Rambo franchise. After all, this is the studio that is bringing us third installments for Texas Chainsaw and Silent Hill later this year (in 3D of course) and also is mulling over splitting the final Hunger Games book Mockingjay into two parts.
Are you interested in seeing the Rambo franchise continue? 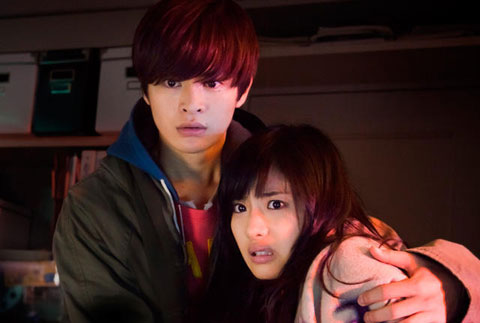 'The Ring 3D' Hits Japan
It's been about a year since Paramount announced there would be a third in The Ring franchise, in 3D this time. While there hasn't been much movement on the domestic side, a new chapter is set to unfold in Japan.
Koji Suzuki wrote the novels that were adapted in to the first two Japanese and American Ring movies. He wrote a completely new story for this latest film, which appears to be a stand-alone installment, titled Sadako 3D.
Sadako Yamamura (changed to Samara for the American version) is the name of the girl who famously comes crawling out of the well and through the television set in the The Ring. Suzuki has indicated that the new 3D film will include a scene of Sadako coming out of a television set, similar to the original.
The plot for Sadako 3D is as follows:
Akane Aikawa (Satomi Ishihara) is a high school teacher who hears a rumor from her students that there is actual footage on the Internet of someone's suicide. The footage is said to drive anyone who sees it to also commit suicide. Akane does not believe the rumor at first, but when one of her female students dies after viewing the footage, she and her boyfriend Takanori are fatefully drawn into the horror that has been created by the man who appears in the suicide footage, Kashiwada. Kashiwada's intention is to create chaos in the world by bringing back Sadako and the power of her curse. Now Akane has to fight against Sadako and Kashiwada to save the lives of herself and Takanori.
Check out the Japanese trailer below. Sadako 3D hits Japanese theaters in May, so expect Paramount to get the ball rolling on an American adaptation soon.
'Bridget Jones 3' in Trouble?
Universal and Working Title are denying rumors that the third movie in the Bridget Jones franchise, Bridget Jones's Baby, is in danger of being scrapped.
According to Deadline, rumor has it that production was shut down after Hugh Grant walked away from the project citing script problems. However, Grant, Colin Firth and especially Renee Zellweger claim they are determined to make the movie happen as long as the script gets some tweaking. 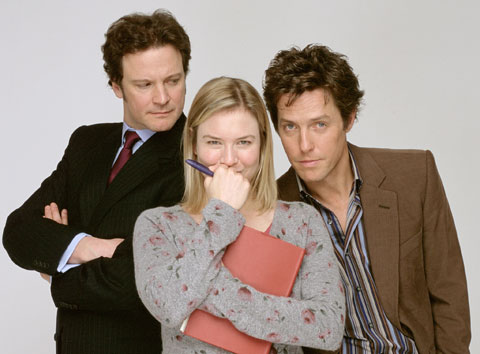 It's been eight years since the last Bridget Jones movie. The first film earned Zellweger an Academy Award nomination. Are you interested in a third movie?
Like it? Share it: