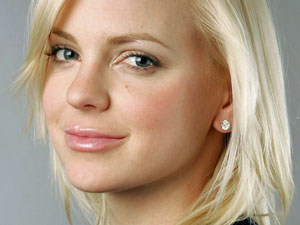 Anna Faris is currently in negotiations to play the owner of a Whole Foods-style store in New York in Sacha Baron Cohen’s new comedy, The Dictator. Borat director Larry Charles will direct this movie being described as “the heroic story of a dictator who risked his life to ensure that democracy would never come to the country he so lovingly oppressed.” Cohen will play dual roles of a goat herder and a overthrown foreign ruler who gets lost in the U.S. Ben Kingsley and Jason Mantzoukas are on board as a couple of Middle Easterners. Charles and Cohen are said to be shooting this movie in the similar style of Borat and are seeking actors with strong improvisational skills. Who else should be added to this cast?

Larry David Join 'Stooges' Cast
The Farrelly Brothers have never been ones to play it safe, so the addition of Larry David to the cast of The Three Stooges movie should come as no surprise. What is sure to raise a few eyebrows though is the role he’ll be playing. Deadline reports that David is set to play Mother Mengele, the nun who runs the orphanage where the Stooges grow up and learn to create mayhem. David joins Glee star Jane Lynch, who play Mother Superior along with Chris Diamantopoulos, Will Sasso and Sean Hayes who play Moe, Curly and Larry, respectively. There’s no question that David is a comedic genius and throwing him in with this cast of veteran comedic actors sounds like a recipe for success. We can only imagine the verbal exchanges between David and Lynch. So Stooges fans, who else should be added to the fray? 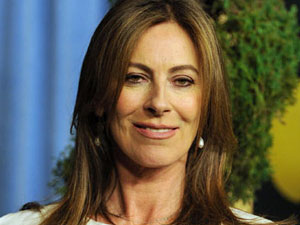 Kathryn Bigelow's Osama bin Laden Movie Gets Re-Write
While we’re still waiting for the Chilean miners movie to hit theaters, Hollywood has wasted no time in developing an Osama bin Laden movie. Truth be told, though, Academy Award winning director Kathyrn Bigelow (The Hurt Locker) and writing partner Mark Boal had been planning a movie about the search for bin Laden, and the Navy SEAL team that eventually kills him for a while now. “Killing Bin Laden,” will now likely undergo a re-write while casting is currently underway. The movie is expected to be filmed this summer and be in theaters early next year. Looking back, it took five years before World Trade Center and United 93 hit theaters, while documentarian Morgan Spurlock released his tongue-in-cheek search Where In The World Is Osama Bin Laden in 2008. But is it too soon for a we-got-Osama movie, or just the right timing? And who would you cast in Bigelow’s project?
Like it? Share it: