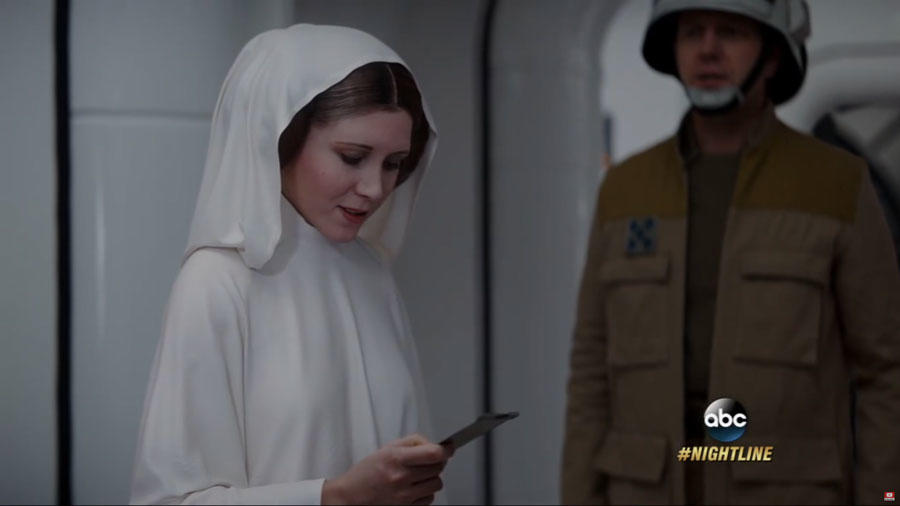 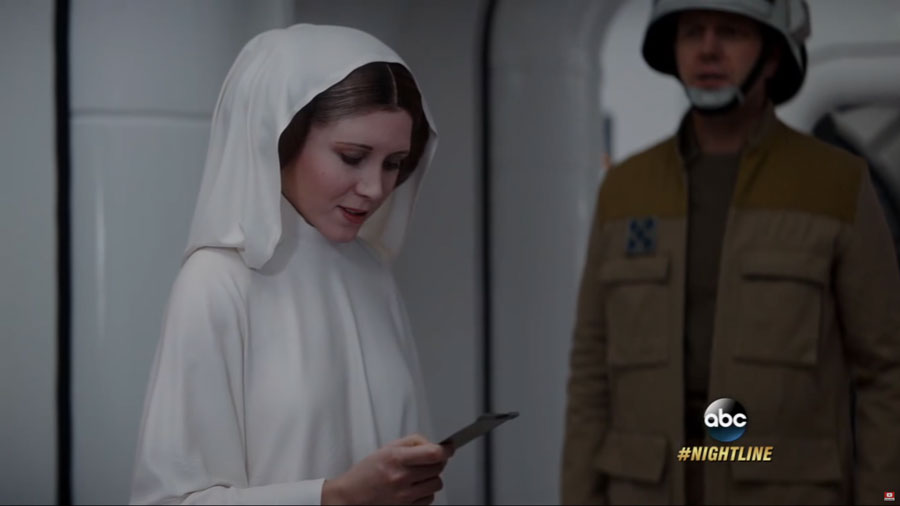 Hearts broke around the world December 27 when news arrived of Carrie Fisher's sudden passing. As a performer and writer, Fisher brought immense joy to millions with her sardonic wit, and she was especially beloved by Star Wars fans for playing one of the most popular female movie characters ever, Princess Leia.

Fisher's Leia returned for a brief appearance in 2016's Rogue One: A Star Wars Story, which hit theaters days before her death. Only Carrie wasn't the one playing her; instead, they used digital effects on an actress (Ingvild Deilla) to re-create Leia's appearance in the opening scenes of the 1977 Star Wars movie, A New Hope. Soon after the film came out, we learned Fisher had given her blessing to the production, reportedly saying she "loved" it.

When Fandango sat down to discuss Rogue One with its director Gareth Edwards in advance of the film arriving on digital platforms like FandangoNOW (March 24) and Blu-ray (April 4), we asked him what Fisher thought of the digital re-creation, and if he was there when she saw it for the first time.

"Kathy [Kennedy] is really good friends with her. We knew it was a really important moment and we wanted Carrie to be happy, so Kathy went to her house with her laptop when we felt the shot was close, if not finished. We had about two weeks left, and Kathy went around her house and everyone was waiting to hear. [Kathy] said she showed it to her and [Carrie] thought it was footage. She didn't realize it was CGI. She thought we had some footage. She didn't remember the take and thought we had manipulated a take from the original film. But they told her it was all computer generated and she was really impressed. We were all just so pleased she approved it."

Pictured: Fisher as Leia in the original 1977 Star Wars movie

Edwards, like all of us, is crushed by the fact that she's now no longer with us. "I had never gotten to meet her, and I always thought that I'd meet her down the line and be able to talk about this and thank her for it. Sadly, that's not possible. But I feel like the movie in a way is one big love letter to that moment, and passing that gauntlet to her, and the way she inspired us all as kids."

We'll have more with Edwards as we get closer to the home entertainment release of Rogue One later this month. Here's more on how they re-created Leia via a recent Nightline segment.