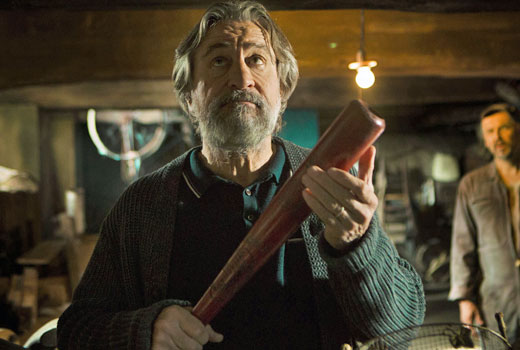 The Family opens in theaters this weekend, and if you thought it was going to be just another Robert De Niro-led mob movie, the latest red-band trailer offers a better look at what the movie is really about.

Yes, we're going to get a good dose of mob violence, but some of it is going to come from De Niro's character taking a nostalgic trip down memory lane.

From this latest trailer, it looks as though the latter half of the film will focus more on present-day issues facing his character as he becomes a mob target with a price on his head.

The film costars Michelle Pfeiffer, Diana Argon, John D'Leo and Tommy Lee Jones and is directed by Luc Besson. Martin Scorsese executive produced the film about an ex-mafioso and his family currently under the FBI's witness protection program.

There's no strong language in this red-band trailer, just some PG-13-level violence.

Get your tickets for The Family here and let us know what you think about this movie. Are you seeing it this weekend?