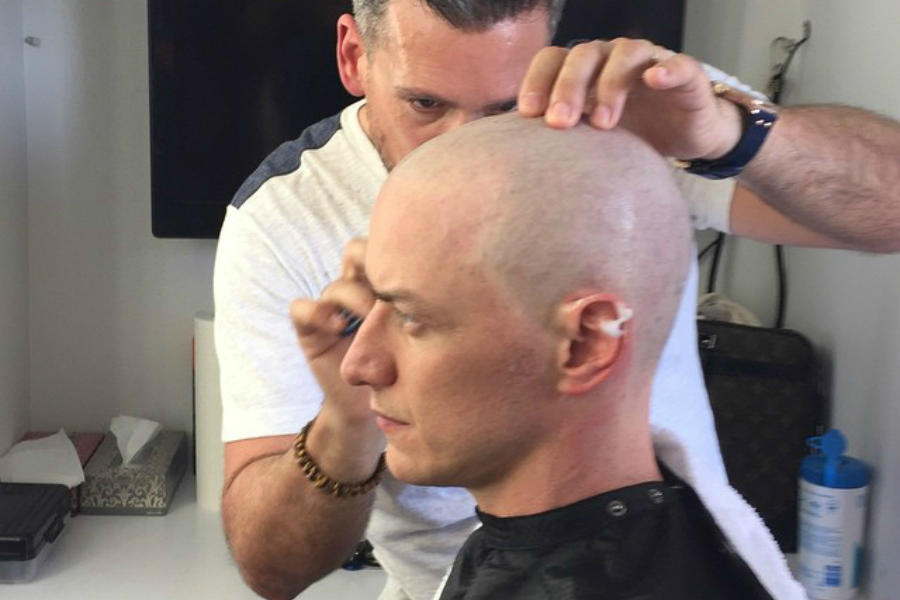 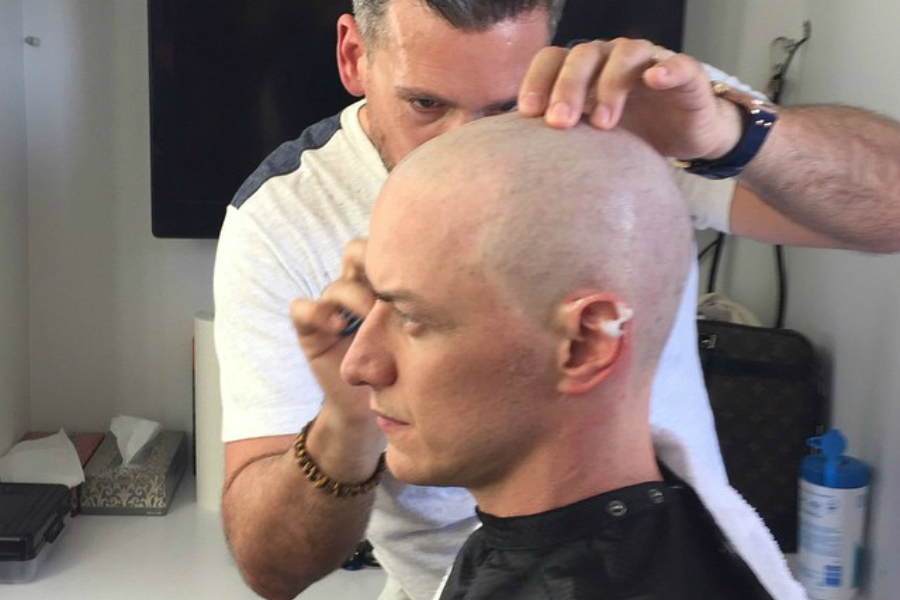 X-Men: Apocalypse: James McAvoy finally goes bald as Professor X in a new photo from X-Men: Apocalypse. Director Bryan Singer shared the image of the actor preparing for his role as the mutant leader in the movie, which is set in the early 1980s. It will open in theaters on May 27, 2016. [Instagram] 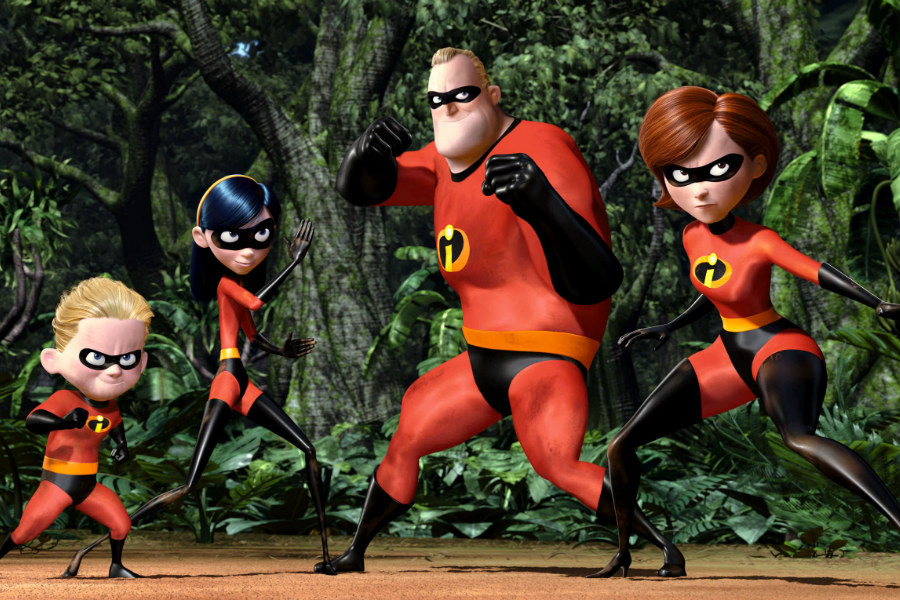 The Incredibles 2: Writer/director Brad Bird says that a sequel to 2004's animated smash The Incredibles will be his next movie. Pixar announced that Bird was working on the project more than a year ago, and now he says, "I had a lot of ideas for the original Incredibles that I didn't get a chance to use.… There are new ideas I have, and I think there are enough of those together to make an interesting movie." [Collider] 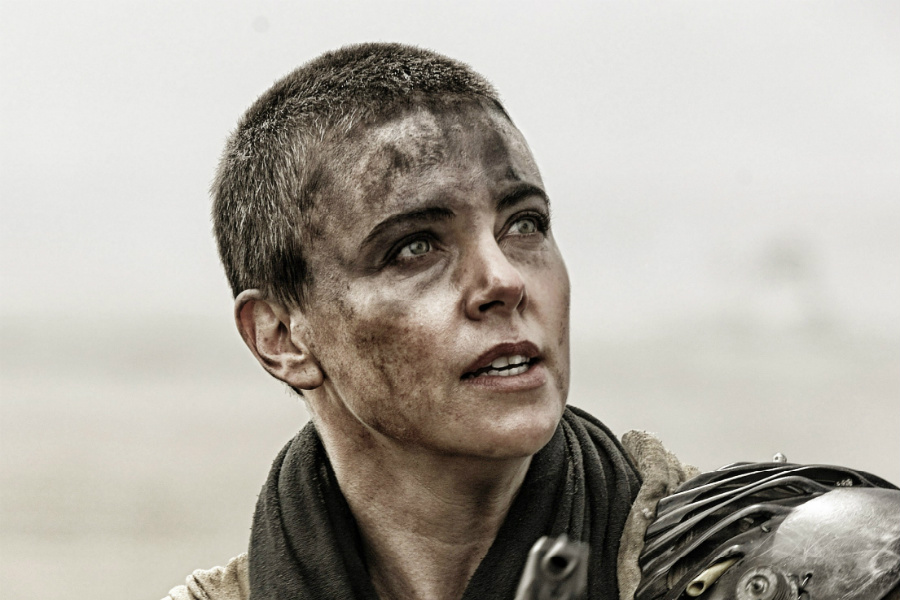 The Coldest City: Charlize Theron (Mad Max: Fury Road, above) will star in the spy thriller The Coldest City, to be directed by David Leitch and Chad Strahelski (John Wick). It's based on a graphic novel about a spy in the late 1980s who is charged with finding a secretive list. Production is scheduled to begin in October. [Deadline] 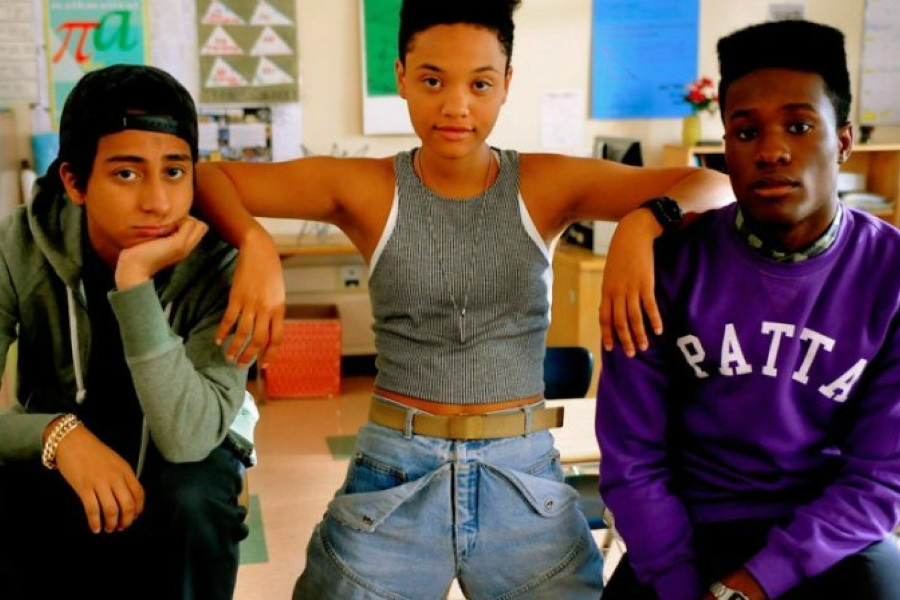 Dope Trailer: A brisk new trailer for Dope establishes a frisky milieu. Shameik Moore stars as a high school student who is under pressure to prepare for college. but he can't resist when he's invited to an underground party that holds great promise for his social life. The movie opens in theater on June 19. [MovieClips]