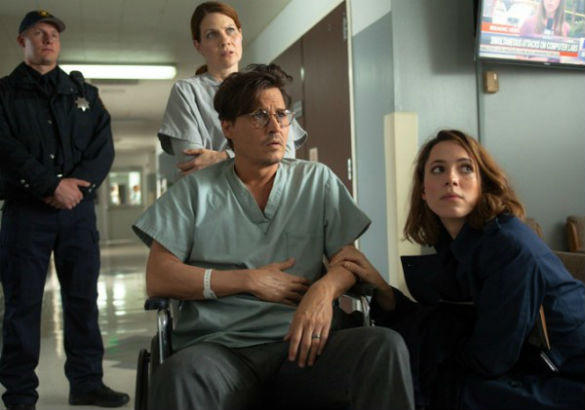 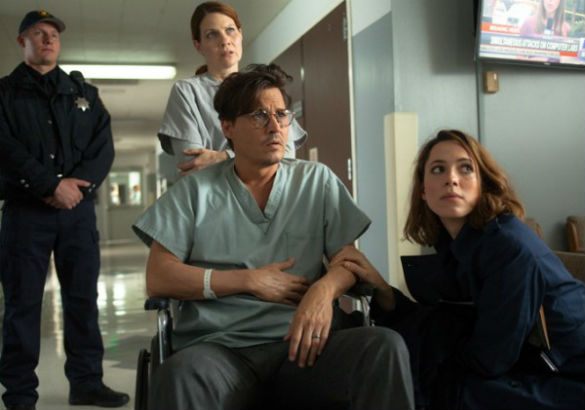 Transcendence: Artificial intelligence researcher Johnny Depp doesn't look so good in a new photo from Wally Pfister's Transcendence. Depp, his wife/fellow researcher Rebecca Hall, and his best friend, Paul Bettany, are working to create a sentient machine, which makes them the target of antitechnology extremists. A new featurette has also been released. The movie opens on April 18. [Collider] 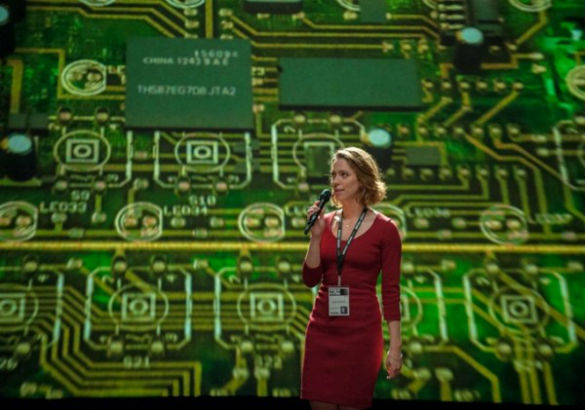 Captain America 3 Release Date: Ever since Iron Man in 2008, Marvel has owned the opening day of the blockbuster season, traditionally the first Friday in May. So it was quite surprising when Warner Bros. announced it would be delaying Batman vs. Superman from July 2015 to May 6, 2016, which Marvel had staked out for an untitled release. Marvel is not backing down, however, wth reports now claiming that Captain America 3 is the previously unidentified release that will do battle with the Man of Steel sequel. Will Warner Bros. blink? [The Hollywood Reporter]

Captain America: The Winter Soldier: Sebastian Stan costarred in Captain America: The First Avenger as Bucky Barnes, a young man who fought alongside Steve Rogers, and returns in the sequel. opening on April 4, as the titular Winter Soldier. But that's not all: he's already signed to appear in nine (?!) more Marvel movies. That indicates that Bucky and/or the Winter Soldier will cross over to other Phase Three projects that Marvel is preparing, though just which ones -- and whether Captain America himself will show up as well -- is not yet clear. [Newsarama]

Get on Up Trailer: Chadwick Boseman (42) stars as the legendary James Brown in Get on Up, directed by Tate Taylor (The Help). The first trailer presents the movie, which opens on August 1, as a biopic with soul. Octavia Spencer, Viola Davis and Dan Aykroyd also star. [Movie Clips]