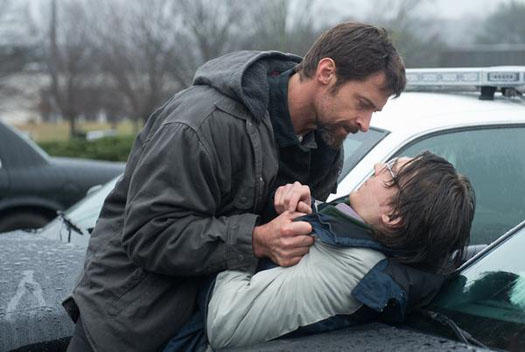 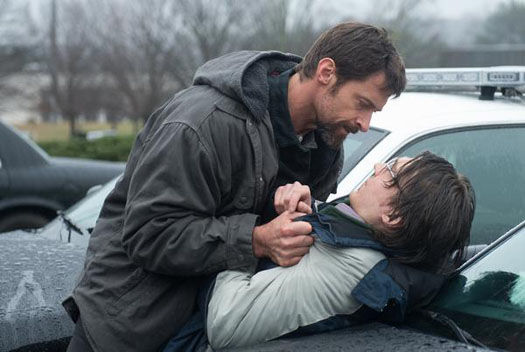 Oscar Bait: The "Not Without My Daughter" Edition

Prisoners This bleak bit of Oscar bait stars Hugh Jackman as Keller Dover, a survivalist type whose daughter disappears along with her friend after their families celebrate Thanksgiving together. When the detective on the job (Jake Gyllenhaal) seems to be slacking off in the investigation, Keller takes matters into his own hands. Convinced the creepy man-child who lives nearby with his aunt in a broke-down RV, Keller essentially kidnaps the weirdo and tortures him within an inch of his life. Revenge fantasy, exploitation cinema or larger statement of... something else? You be the judge.

Elysium Director Neill Blomkamp follows 2009's smash hit District 9 with his second feature, another sci-fi action film that has an even more overt social message than his first. It's 2154, and Earth is divided into the Haves (who live in luxury off the planet) and the Have-Nots, who toil away to support the wealthy. One of those Nots (Matt Damon) starts a revolution, and so it goes.

Kick-Ass 2 This epically terrible follow-up to the brilliant first movie is way too little and far too late (beefy Aaron Taylor-Johnson dwarfs Chloe Moretz, and none of the kids who were so cute and gangly in their superhero outfits look comfortable in them this time around--the least of which is Christopher Mintze-Plasse in a bondage getup culled from his dead mother's fetish-drobe). Giant Russian women, gagging, barfing, failed rape, lots of whining, shrieking and supervillain showdowns comprise the unfunny jokes you'll quickly regret sitting through. Jim Carrey as a Christian superhero comes and goes too fast; as the best thing about the movie, it's no wonder he disavowed the whole thing.

Percy Jackson: Sea of Monsters Logan Lerman is back as the titular god, this time tasked with saving Olympus from attack when their training camp's barrier is compromised.

The Lone Ranger Armie Hammer stars as John Reid, a lawman turned masked vigilante after he's gunned down. With the help of his sidekick Tonto (Johnny Depp), he sets out to find the guys responsible.

One Direction: This Is Us Biopic of the hit boy band actually was pretty popular with critics. 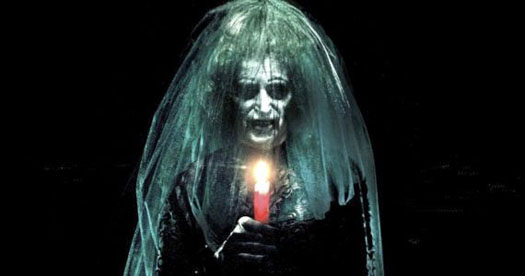 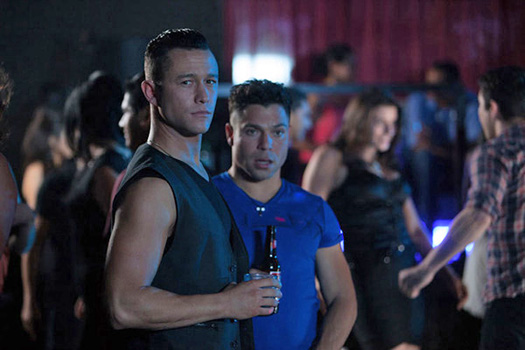 Hell Baby From the folks who brought you Reno 911 (don't let that scare you away) comes this outrageously silly send-up of pregnancy-horror movies, the type of parody that recalls Mel Brooks and '80s-era Zucker brothers, so if that's your thing it's pretty damn funny. At least the laughs are intentional, unlike another horror movie mentioned here... ahem.

Need some DVD gift ideas for the movie lover in your life? Check out our 2013 DVD guide.

Next Article by Gigi Engle

12 Classic Holiday Movie Songs That Will Get You Singing

12 Classic Holiday Movie Songs That Will Get You Singing