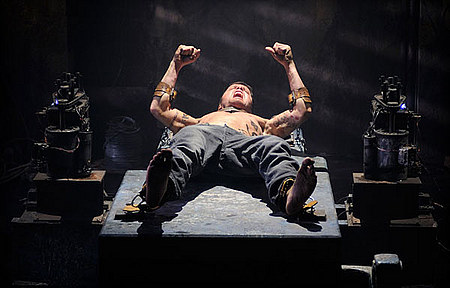 • Saw V Jigsaw may've died two sequels ago, but this grisly Morton's Fork franchise lives on to answer the question of who will take over his dirty work.
• Max Payne Mark Wahlberg stars in this video game adaptation that has a great look...but much else?
• The Express Sports biopic about Ernie Davis, the first African American Heisman trophy winner, and his inspirational effect on the game of college football gets a timely release today.
• Igor Irreverent Tim Burton-esque animated comedy about a frustrated mad scientist's assistant and an evil plot threatening the world.
• City of Ember Family fantasy adventure about two kids who must keep the lights from going out in their underground city.
• Repo! The Genetic Opera An evil corporation, organ harvesting, Gothic cabaret and...Paris Hilton.

New and Noteworthy on Blu-ray: