Pacific Rim Guillermo del Toro's amazing visual masterwork is more than enough to thrill fans of Godzilla movies, anime and anyone looking for a robots-vs.-monsters movie. The first glimpse of the massive Kaiju as they emerge from the sea, loom over the Golden Gate Bridge and go on to destroy city after city is extraordinary--particularly riveting is an early battle off Alaska between a Kaiju and Jaeger (the humongous human-piloted robots that are the only things able to battle the monsters) as some helpless sailors ride the waves. From there, the battles just get bigger and badder. If you're set up with 3D at home, that's definitely the way to go. 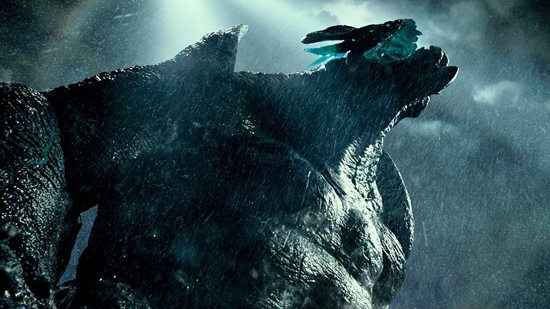 Clocking in at more than two hours, the movie spends an inordinate amount of time on developing characters you don't care one bit about and can barely tell apart and the performances all around are meh (why Rinko Kikuchi was given a main role is anyone's guess--she's like the Japanese version of Betty Boo from the '90s but more useless, and Charlie Day as the mad professor runs around as if he's on bath salts through the whole thing). That's not what you're here for anyway, you're here for MORE GIANT MONSTERS FIGHTING MORE GIANT ROBOTS. Aren't you? Extras: Featurettes explaining the "drift" concept by which two Jaeger pilots communicate; the digital artistry, the "Shatterdome," deleted scenes and gag reel (DVD/BD); the BD adds a "director's notebook" feature.

The Heat This F-bomb-laden comedy has Melissa McCarthy and Sandra Bullock playing two mismatched cops, one crude and one a control freak (guess who's who), tasked with bringing down a drug lord. How much you'll enjoy this depends on how much you like Melissa McCarthy, scatalogical laughs and shouting.

A Hijacking The other Somali pirate movie, this time featuring a Danish ship and a tense, gripping story of kidnapping at sea