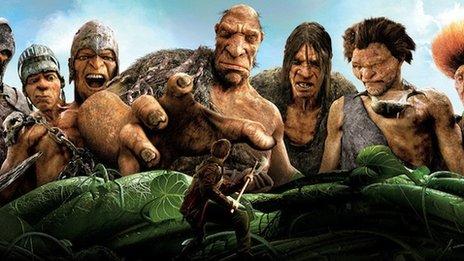 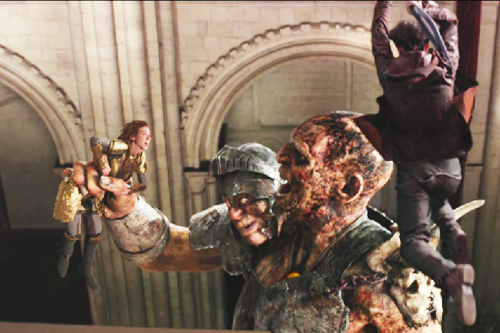 Jack the Giant Slayer First impressions are sometimes a hard thing to overcome, and Jack suffered from early buzz and bad trailers that made this fantasy fairy tale from Bryan Singer look like a tame kiddie tale. Surprisingly, though, it's actually a pretty fun movie for adults too (and may even scare your wee ones, so keep in mind how well your kids handle violence -- there's quite a bit of it here with the fearsome giants tearing people apart and eating them). You already know the story: Jack goes to market to sell his horse, gets conned and comes home with a handful of beans -- only these are magic beans that when doused in water turn into a humongous, twisting, heaving mass of vines leading up into the clouds where giants have been banished. It's time for revenge, unless Jack can get to them first. Nicholas Hoult is a game Jack; his character isn't as developed as in his other recent release Warm Bodies, but he comes off likable and believable. The giants and other effects are convincing (you can see where the $190 million wwas spent), but it feels less like a modern take on the story as it does a fairly traditional presentation. Meaning, not a lot of current pop-culture references and Beyonce songs -- and that's a good thing. Extras: Not much, which is a shame since the film is squarely aimed at kids -- only deleted scenes and a gag reel (DVD/BD); the BD adds a "Become a Giant Slayer" interactive feature that lets you explore the making-of by climbing up the beanstalk... enh.

Go behind the scenes with this exclusive clip