The Tale of Despereaux Beautifully drawn, this is a darker, more sophisticated rat-in-the-kitchen tale than Pixar's loveable Ratatouille. The plot involving a rat who's too curious for his own good is a little uneven and deals heavily with grief and loss, but Despereaux (voiced by Dustin Hoffman) is awfully cute and the story will likely keep parents and kids engrossed. Kids might find some parts scary - be forewarned. 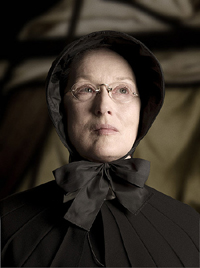 the revolutionary Rev. Flynn (Philip Seymour Hoffman) over whether he was inappropriate with a student. Originally a play, the film can feel like it, although performances are excellent across the board.

Yes Man Jim Carrey returns to his comedy roots with this film, reminiscent of Liar Liar, as a lonely divorcé who turns "yes" into a three-letter word after taking the lessons learned in a self-confidence seminar a little too far.

Bedtime Stories Ratatouille, Despereaux, Bolt's hamster Rhino and now this movie's guinea pig -- what is it about scene-stealing animated rodents? Adam Sandler also stars as a loser tasked with babysitting his sister's kids, to whom he reads bedtime stories that startling come to life. 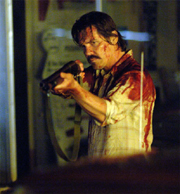 The Day the Earth Stood Still The 1951 flying-saucer classic gets a redo with Keanu Reeves playing the alien Klaatu, who along with his trusty robot Gort is sent to Earth to warn us we better clean up or prepare for the worst. The movie is helped by a cast comprised of Jennifer Connelly, Kathy Bates, John Cleese and Jon Hamm ("Mad Men").

No Country for Old Men Collector’s Edition As this year's Oscar winners are being released on DVD, here comes last year's Best Picture in an all-new special edition on DVD and Blu-ray. More than five hours of bonus features include a backstage trip with star Josh Brolin, a look at the Coen brothers' filmmaking process, interviews with the stars and more, plus a digital copy available with both versions. Enjoy, friendo.