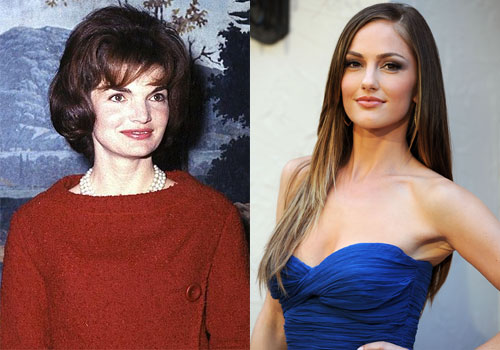 There certainly hasn't been a shortage of actresses portraying Jackie Kennedy. Rachel Weisz, Roma Downey and Katie Holmes are just a few names who have played the wife of assassinated president John F. Kennedy.

A new film from Precious director Lee Daniels has cast Friday Night Lights and The Roommate star Minka Kelly in the role opposite Matthew McConaughey who will play President Kennedy. The Butler is based on a Washington Post article by Wil Haygood and tells the story of Eugene Allen, the late White House butler who served eight presidents during his tenure from 1952-1986.

Forest Whitaker is already set to portray Allen in a growing cast that include Oprah Winfrey as Allen's wife, David Oyelowo as his son, Cuba Gooding Jr. and Terrance Howard in undisclosed roles, Alan Rickman as Ronald Reagan with Jane Fonda as his wife Nancy and John Cusack playing Richard Nixon.

Daniels says the film is essentially "a father-son story with a civil rights backdrop." Production is set to begin July 16th with the film targeting Oscar season 2013.

Cannes Critics, on Kristen Stewart's Racy 'On the Road'

Cannes Critics, on Kristen Stewart's Racy 'On the Road'