If you feel like you’ve seen Michael Shannon show up in a lot of movies lately, you would not be wrong about that. In fact, he’s in two movies that are out this month: Nocturnal Animals and Loving, with only a very brief cameo in the latter. And while Shannon claims he’s trying to be more selective about the roles he takes on, he’s already got another four projects lined up and counting.

In Nocturnal Animals, Shannon plays a grizzled lawman who’s seen and done it all, and now he just wants out. But when he encounters a family man desperate to find his missing wife and daughter, it brings a newfound purpose to his job and offers him one last chance to be a hero.

Fandango recently caught up with Shannon at a hotel in Los Angeles for a lengthy chat about all sorts of things, from his fondness for playing complicated lawmen to that time he almost died while riding a horse in a movie no one ever saw.

Fandango: You’re in a lot of movies this year. Including a couple smaller movies that premiered at film festivals and haven’t hit theaters yet, I saw you in eight movies.

Fandango: Is this the busiest you’ve ever been?

Shannon: Well I didn’t necessarily make all of them at the same time. With release schedules and all of that, it can be a little deceiving. I have been working steadily – I wouldn’t mind working less. I’m really trying hard to be super selective right now, but even when you are there’s still so much going on and people are very adamant about doing this that or the other thing.

Fandango: You’ve done so much over the years, but do you still have an actor’s bucket list? People you’re still itching to work with? Characters you’d love to play?

Shannon: I’ve always wanted to work for David Lynch. He did produce My Son, My Son, What Have Ye Done but that was in name only; he wasn’t on set or anything like that. I’d like to work with him. I’d love to work with Paul Thomas Anderson.

Fandango: You’d be great in a Paul Thomas Anderson movie.

Shannon: It came very close to happening once, but because I was doing Boardwalk Empire at the time, I couldn’t do it. I was going to potentially do something in Inherent Vice, but I don’t want to say any more than that cause I don’t want to stir any s**t. It was on the table, and then it was off the table. 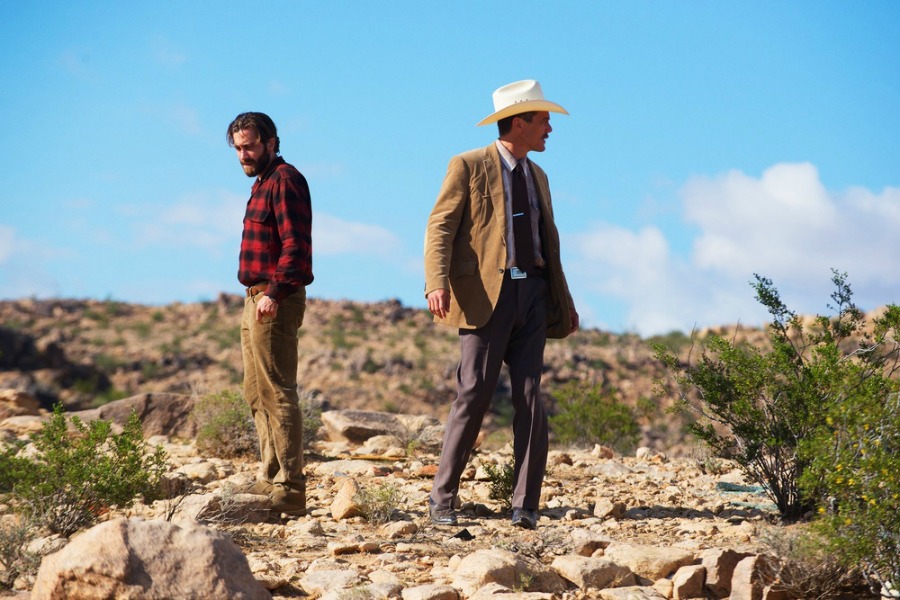 Fandango: It’s interesting with Nocturnal Animals because you play a character who is a character inside a novel. Do you prepare any differently for that kind of role?

Shannon: I didn’t, really. I definitely feel like Bobby is almost like a mythological-type character, an iconic-type character. But you can’t really act that. And Bobby isn’t a flamboyant person – he’s very much about getting out of the business.

Fandango: There are some pretty intense moments between your character and the characters played by Jake Gyllenhaal and Aaron Taylor Johnson. Some of the most intense stuff we’ve seen all year. What was that like on set? How did you all get in that headspace?

Shannon: The landscape helps. It’s the desert and it’s hot, and there are not a lot of distractions. There’s nowhere to hide. I think the atmosphere is very much a character in the story. There’s something about being out in the middle of nowhere and knowing nobody’s really gonna help you. You have to do things yourself. That’s very powerful. I feel like Jake and Aaron really had to beat the crap out of themselves to do what they were doing. Fandango: Your character is pretty beaten up too.

Shannon: Yeah, but in a different way. My guy is more jaded and cynical. He’s seen it all, can’t be surprised. He’s had it; he’s done with it all. Then this guy Tony [played by Jake Gyllenhaal] comes into his life and rekindles something – gives him one more chance to do it right.

Fandango: If you weren’t an actor, would you have been a lawman? You’ve played lawmen in multiple projects. They’re usually complicated lawmen, but lawmen nevertheless.

Shannon: Well I love detectives; I’m a huge fan of true crime. I read a lot. One of my favorite playwrights, Eugene Ionesco, says every story is a detective story. I think he’s right. We’re all looking for something – it’s part of the reason we tell stories.

Fandango: So if Michael Shannon isn’t an actor, he’s a detective?

Shannon: Yeah, probably. Although I also really love music. I probably love music more than I love movies. That’s an even harder life than being an actor, though. Being a musician is tough. Very few people make a decent living doing it.

Fandango: You have a very brief role in Loving, also out this month. The second Jeff Nichols movie you’ve been in just this year. Will that relationship continue? Nichols is working on a new version of Alien Nation – has he talked to you at all about that yet?

Shannon: He’s brought it up, but I’m always nervous that I’ll say the wrong thing. That boy has got so much going on right now, and he’s got really big studio interests coming at him even though, from a certain point of view, Midnight Special didn’t make as much money as Warner Bros. would’ve liked. Nevertheless, they’re all still coming at him. 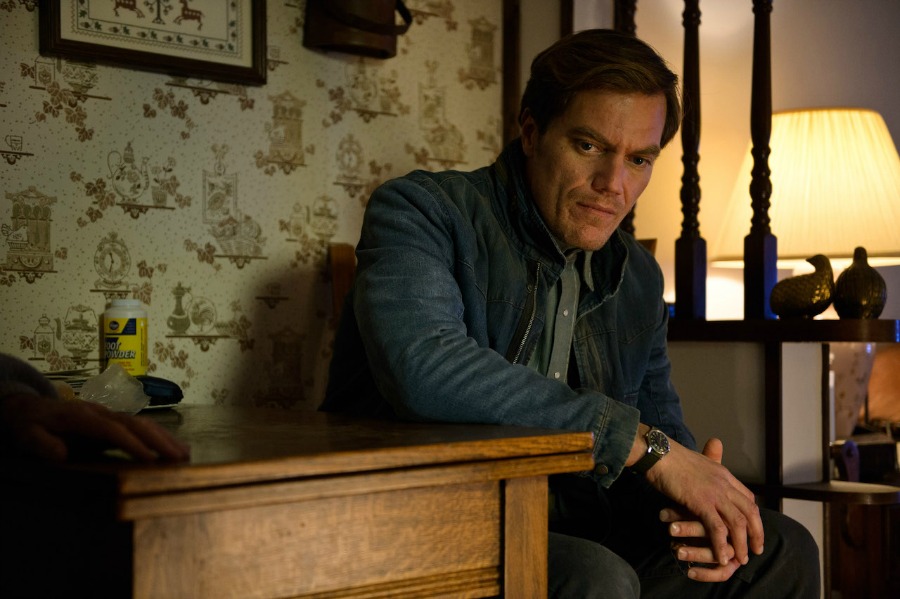 Fandango: Midnight Special is a great movie that not a lot of people discovered. More people may have discovered it if it had landed amidst the Stranger Things phenomenon over the summer. They both share similar throwback vibes.

Shannon: I feel like they waited too long on Midnight Special, personally. It wasn’t Jeff’s fault because the majority of people I talk to who’ve seen the movie seem to enjoy it, but whatever. Coulda, shoulda, woulda…

Fandango: The character you played in Man of Steel also had a cameo in another movie that came out around the same time, Batman v Superman: Dawn of Justice. Have you watched that at all?

Shannon: You’re gonna get me in trouble, man! People ask me about this all the time. Okay, I’ll tell you the god’s honest truth. Zack [Snyder] is gonna kill me for this – he’s gonna kill me. I watched it once and I fell asleep.

Shannon: I know, I know... I was on an international flight and I was tired.

Fandango: So we’ll blame the international flight for that. Also, c’mon – you can’t watch a movie like Batman v Superman on an airplane on that tiny screen.

Shannon: No, you’re right. I shouldn’t have been watching it on a plane. But I never go to the movies anymore! I don’t have time to see anything. I used to go to the movies all the time when I was 20 years old and wasn’t working 10 days a week. 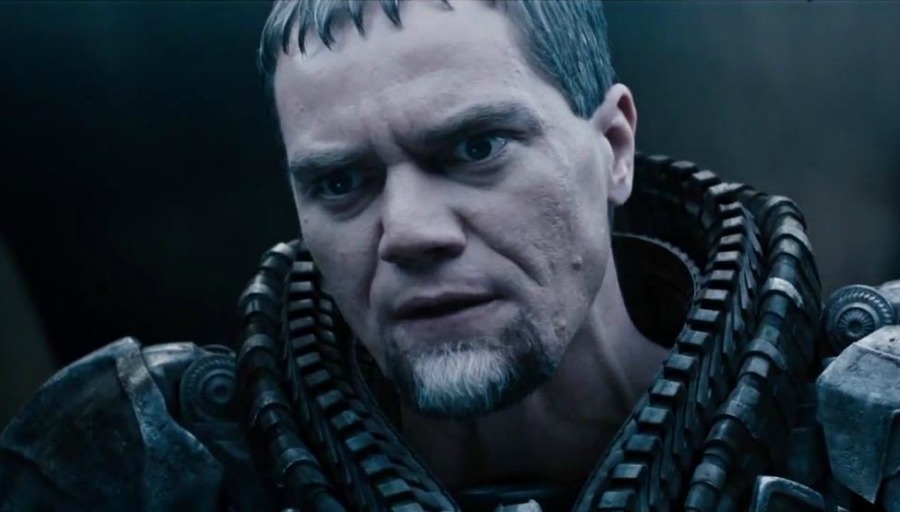 Fandango: Isn’t that the rub of being a movie star, though? You get into this because you love watching movies, and then once you’re in you work so much you don’t have time to watch movies anymore.

Shannon: Exactly! You’re too busy, but it also becomes harder to watch movies. It’s like when they say don’t ever look inside the kitchen of a restaurant you like to eat at. Don’t get me wrong, though, I can still get sucked into a movie pretty hard.

Fandango: These days it’s all about those big franchises, though. You were part of the DC Cinematic Universe briefly, but is that something you want more of? Are you looking for a big franchise to come on for the long haul?

Shannon: Nah. When I did Man of Steel I thought the story was interesting; I thought it was relevant. It was about a civilization that destroys the planet they live on and goes looking for another one. Ring any bells? That’s why I did it. I didn’t do it because I felt I needed a big comic book franchise – I honestly thought it was a beautiful story.

Fandango: So no big Marvel or Star Wars movie for you then?

Shannon: No, I’m not really looking for that. They called me recently about some iteration – I won’t say – but some version of a movie that’s been made already countless times. They were gonna give me a lot of of money, but I was like nah. Big movie, too. But I have to think it’s an interesting story. If I don’t, I can’t do it. I won’t do it. 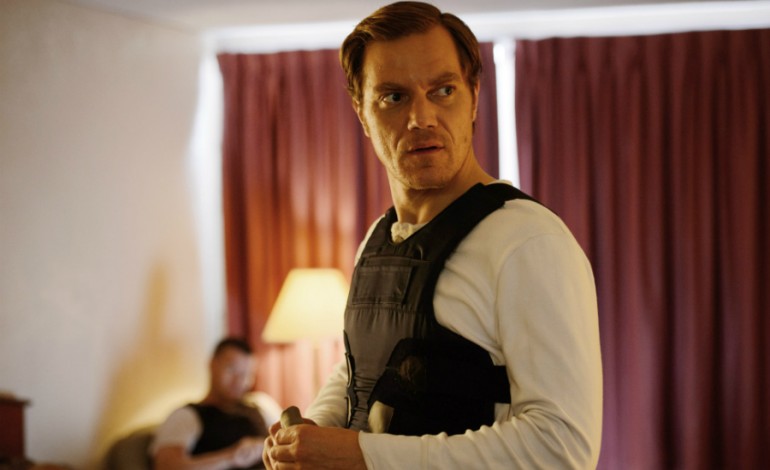 On starring in an upcoming series about the Waco standoff: Yeah I’m playing Gary [Noesner], who sounds like a really interesting guy. I haven’t even begun to work on it yet – I’m doing three projects before I do that one – but this guy seems like he was the voice of reason amidst that whole thing. Sounds like he tried to do things the right way and he got steamrollered. They did it the other way; the violent way. It’s a good time to make a Waco miniseries, honestly, now that David Koresh is president of the United States. 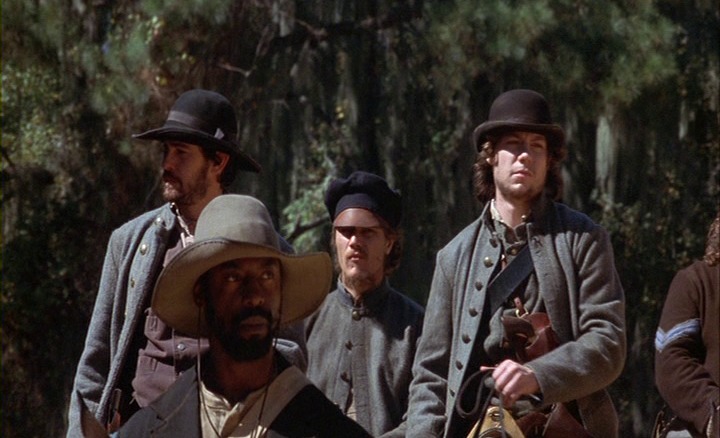 On that time he almost died while riding a horse in a movie: It was this little known masterpiece called Dead Birds (pictured above). It’s set during the Civil War and we were robbing a bank. We jumped on our horses to try to get away and the grips had very courteously placed a large light directly in the path of the horses, which basically blinded them and freaked out my horse, who at the last minute decided it was not going to charge towards this giant light. So it made a turn that I was not ready for, at which point I was sideways clinging with my legs and holding on for dear f**king life. And this was for a movie that no one ever saw.

On his current movie obsessions: Lately for me, I’ve been loving documentaries. I’ve seen three documentaries recently that just blew my mind. I thought Tower was f**king incredible. Fire at Sea is great. Also Gleason is tremendous.

Nocturnal Animals is in limited release this week, expanding wide on December 9.

Loving is in theaters now.

Midnight Special and Batman v Superman: Dawn of Justice are available to watch on FandangoNOW

New 'Rogue One' Trailer Lays Out Everything You Need to Know

New 'Rogue One' Trailer Lays Out Everything You Need to Know