When Fandango sat down to chat with Dawn and War director Matt Reeves, he not only revealed to us that he’d love to continue telling more of these stories, but also how a new character introduced in War may play a key role in shaping the next film.

“Well, for me the idea of these stories is that they’re leading on a trajectory toward the originals,” he said. “What I'm interested in, and what I'm excited about, is the journey toward them; because the story no longer is about what happens -- we know what happens -- it becomes Planet of the Apes. But the world that's described in each film is different from the world that we know from the '68 film, and it becomes an opportunity to explain how we get there, and that becomes an opportunity to hold a mirror up to human nature. And really, when we're looking at this ape nature, we're looking at ourselves as reflected in these apes, that's why we identify with them.” 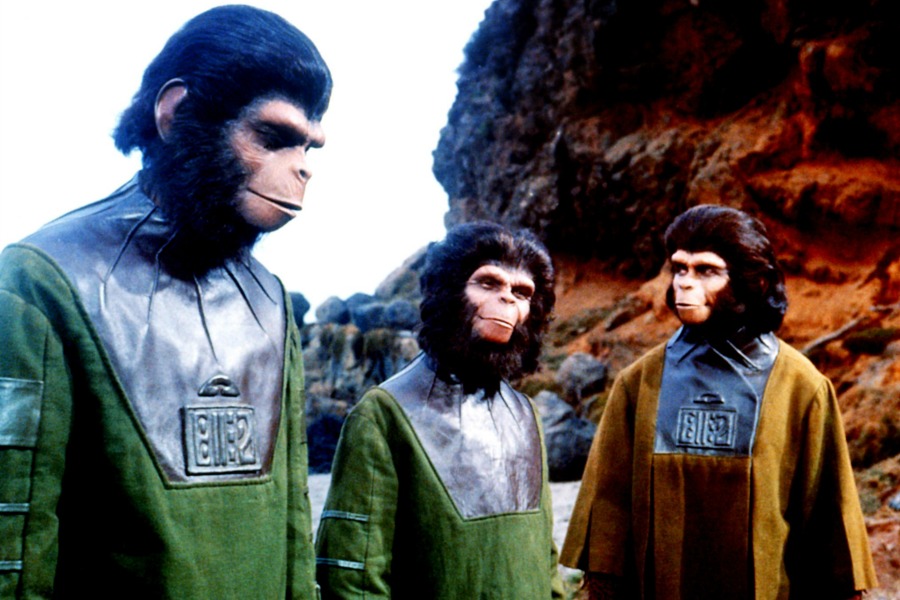 According to Reeves, he feels there are more stories to be told with regards to the evolution of this planet of apes that, like Rise, Dawn and War, take place before the events of the ’68 film.

So what will those stories be about? According to Reeves, one character in War may hold the key to that answer.

“When [co-writer] Mark [Bomback] and I came up with the idea for Bad Ape in War, that was to imply the idea that there would be apes out there in the world that Caesar and his apes knew nothing of, and that they wouldn’t have had the benefit of Caesar's leadership and the values that he had instilled in his community,” he said. “Future conflicts in this kind of epic journey [may] take us toward the '68 movie without necessarily ever getting there [and] could be about conflicts between apes, not just conflicts between humans and apes. And so, to me there are many more exciting stories to be told, and I would love to tell those stories.”

One thing War for the Planet of the Apes clearly proves is that a story told entirely from the perspective of the apes is one that’s incredibly engaging. That said, an Icarus spacecraft did launch into space during the events of Rise of the Planet of the Apes, and while Reeves wouldn’t address whether it, as well as those aboard, would play a role in future movies, one imagines it’ll eventually come back into play.

For more with Reeves, check out his breakdown of five classic films that influenced War for the Planet of the Apes. And snag your tickets for the film right here at Fandango.